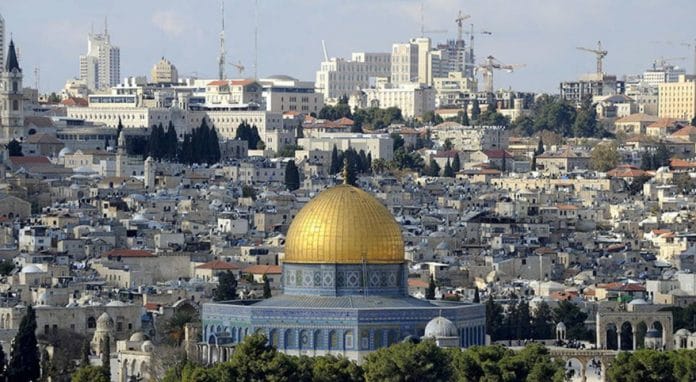 November 2 marks 100 years since the Balfour Declaration – the colonial-era document that paved the way for the creation of Israel. But is the centenary a cause for celebration, or is it high time for an apology?

In November 1917, at the height of the First World War, Britain’s then-Foreign Secretary Arthur Balfour issued a 67-word declaration that would shape the Middle East for a century to come.

As the Ottoman Empire, in alliance with Germany, began to crumble, Britain and France eyed the spoils of war. Among the pickings was Palestine.

Spread across the strategically coveted eastern Mediterranean, the region is home to some of the most fertile land in the Middle East and many of the holiest sites of Judaism, Christianity and Islam.

In a letter to Lord Walter Rothschild, a prominent Zionist of his day, Balfour declared Britain’s support for the establishment of “a national home for the Jewish people” in what would later become the State of Israel.

Although the declaration itself was not legally binding, and Britain’s handling of its mandated territories in Palestine after 1920 can be blamed for weakened Arab opposition, Balfour’s symbolic role in Israel’s national story and the fate of the indigenous Arab population leaves a deeply divisive legacy 100 years on.

Simon Johnson, chief executive of the Jewish Leadership Council (JLC), says British Jews should feel proud of the UK’s role in the creation of Israel – today a key regional trade and security partner.

“We are, as a Jewish community, very proud that it was our government that took the first steps toward the recognition of Jewish aspirations to its own homeland, and during the hundred years, and particularly now, continues to be a strong supporter of the right of the State of Israel as a democratic, Jewish state within the international family of nations.”

Johnson and the JLC have thrown their weight behind Balfour100 , a website and events series aimed at celebrating Britain’s role in the creation of Israel.

“What we want to do is recognize and present the proper story of the Balfour Declaration, put it in its proper historical context, and we’re very happy to debate with people what else might have been the impact from it,” he said.

Ahead of the 100th anniversary, pro-Palestinian groups launched a petition calling on the British government to scrap plans to celebrate. They argue Prime Minister Theresa May should instead use the occasion to issue an apology.

Responding to the petition in April this year, the Foreign Office said: “The Balfour Declaration is an historic statement for which Her Majesty’s Government does not intend to apologize. We are proud of our role in creating the State of Israel. The task now is to encourage moves towards peace.”

Johnson echoes the Foreign Office position. He says those calling for an apology have misunderstood the historical role of the declaration, and warns that denying the State of Israel its right to exist could be construed as anti-Semitism.

“I think the call for an apology is fundamentally wrong because it’s a misunderstanding of what the Balfour Declaration did … If you’re asking the government to apologize for a non-binding document that ended up leading to the creation of the State of Israel, what you might be saying, some people might be saying, is that they don’t believe there should be a State of Israel. 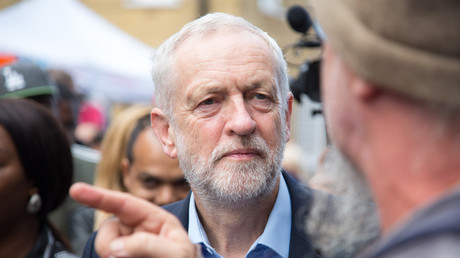 “Now that position, if you deny the right of the Jewish people to self-determination and you do not deny that right to any other people around the world, there’s a potential for that to be seen as anti-Semitic. It’s certainly delegitimizing of the existence of the State of Israel.”

One of the groups calling for an apology is the Palestinian Return Center (PRC). It argues that government plans to celebrate the centenary will damage the peace process and whitewash Britain’s colonial past.

“This is not a new response that we’ve heard from the British government,” PRC spokesman Pietro Stefanini told RT.

“They said not long ago that they do not intend to apologize and this shows that they are in complete denial over their colonial crimes in Palestine, and they’re still not willing to recognize the huge historical responsibilities they have towards Palestinians for the British occupation of Palestine that led to the mass displacement of the Palestinian nation in 1948.”

Stefanini warns that Palestinians will be deeply offended if any kind of commemoration takes place.

“Marking it with pride is basically the same as celebrating for the Palestinian diaspora. And I can tell you, Palestinians feel very offended by the plans that this government, after a hundred years, that they have been suffering in refugee camps, been occupied, while they are still without any right to self-determination, that this current government would make any sort of plan to celebrate.

“It is very, very offensive for the Palestinian community. And it would certainly not bring the parties any closer to peace and it would only inflame a rather tense situation that we see on the ground, especially for Palestinians who do not have any political hope to move forward in any real sense.”

It would be a gross oversimplification to suggest all British Jews hold the legacy of Balfour with equal reverence. In fact, acknowledging the wider shades of opinion among the community could nourish the spirit of compromise that may nudge the peace process forward.

Jews for Justice for Palestinians, for instance, offers one such a perspective. The group’s parliamentary and diplomatic liaison officer, Arthur Goodman, says the government’s response to the Balfour apology petition is a skew on British history. 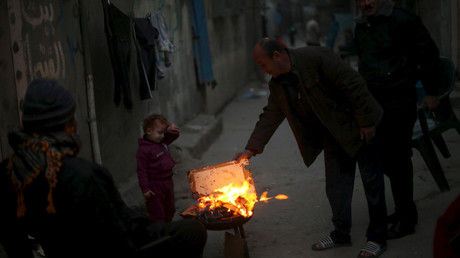 “In reality the British government shouldn’t be particularly proud because, more than the Balfour Declaration itself, the way they ran it, in the Mandate, was very detrimental to the Palestinians,” he said.

“If it had been to create a homeland on an equal basis with the already existing indigenous population, that would have been different. But that’s not what the British Mandate did. They created a state for the Zionists, who were Jews, and they excluded the possibility of the Palestinians having a state or having an equal part in a binational state.”

What would an apology actually achieve?

“Very little. In fact, if that’s all the government did, but didn’t actually help the Palestinians create a state, then it would just make Palestinians and Arabs even more convinced that the British government, among others, was being very hypocritical,” said Goodman.

“I think the correct response would be not to celebrate it, not to mark it, except to say that it’s now time for Israel to accept that it already has 78 percent of British Mandate Palestine and that should be enough for it. And the other 22 percent, i.e. the Occupied Territories, rightly belong to the Palestinians.”