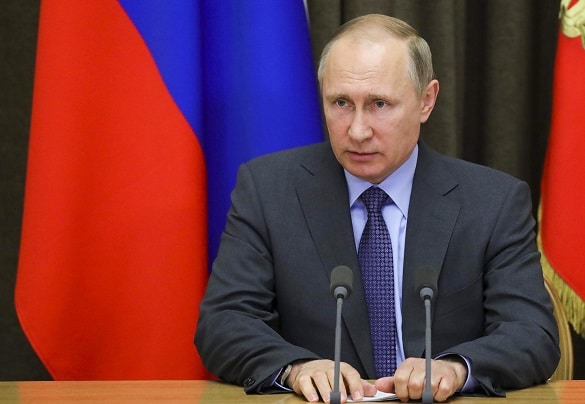 A new conspiracy theory, voiced by Russian President Vladimir Putin at a meeting of the Council for the Development of Civil Society and Human Rights about the efforts of  US special services to collect biomaterial for the subsequent development of biological weapons against Russia, caused explosive reactions in social media. Putin’s remarks about the biomaterial has become an Internet meme instantly.

“Do you know that the biological material is collected all over the country for different ethnic groups and peoples living in different geographical area of the Russian Federation? The question is why they are doing it, and they are doing it purposefully and professionally.We are an object of great interest. Of course, we do not need to have any fear about it. Let them do whatever they want, and we must do what we have to do,” Putin said without specifying what the Russians should do in response to such activities.

Predictably, many people suggested that Russia will start searching for foreign agents or collectors of biomaterials. Russian senators have reacted to Putin’s statement by saying that the Council of the Federation was aware of the problem. “We are aware of their interest. Let those who are engaged in this work on the territory of Russia do not take offense,” Senator Franz Klintsevich said.

Interestingly, it was reported in the summer of this year that the US military planned to purchase samples of ribonucleic acid (RNA) – living tissues of Caucasian Russians.  On July 28, RT television channel paid attention to the contract of the US Air Force, which was posted on the website of government tenders Federal Business Opportunity.

According to the contract, all samples of the freshly frozen synovial membrane of a healthy person and ribonucleic acid of a healthy person should be of Russian/Caucasian origin,” the contract said adding that donor samples from Ukraine will not be accepted. aAn expert told RT that RNA samples could be used to develop viruses for the creation of new types of biological weapons for specific gene pool carriers.