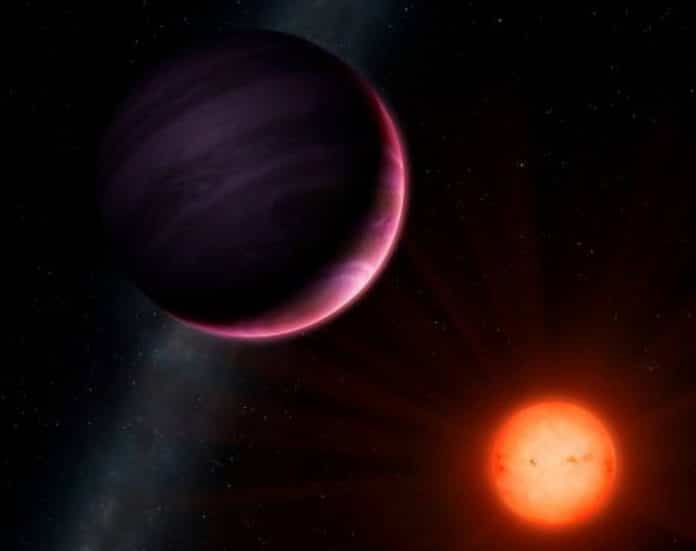 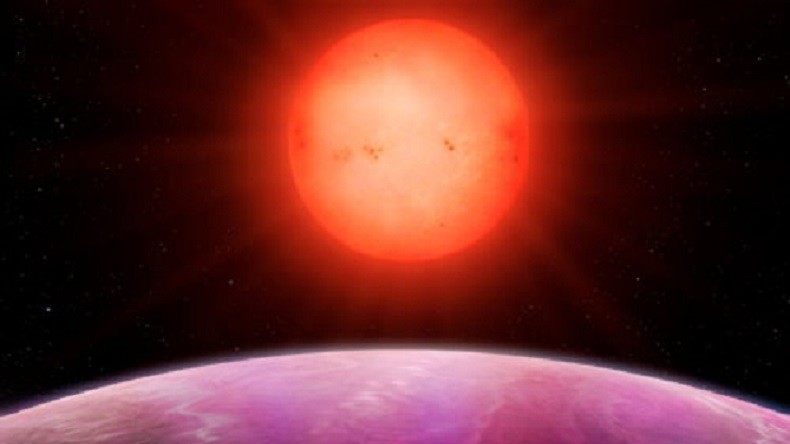 The discovery of a ‘monster’ planet which is way bigger than its star has rocked the foundations of astronomical theories. Scientists will now have to reconsider their beliefs on planet formation after spotting the planet known as NGTS-1b.

The huge entity – a 986-degree gas giant thought to be the same size of Jupiter – was recently discovered revolving around a red M-dwarf star. It is the largest planet relative to its star that has ever been seen, and debunks long-held scientific theories that planets of such a massive size cannot be formed by smaller stars. 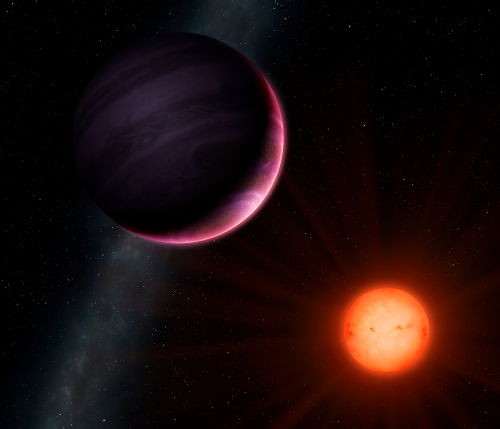 Planet NGTS-1b with its neighbouring sun. © University of Warwick

Scientists previously theorized that small stars could form rocky planets, but it was believed that they lacked sufficient matter to form planets the size of Jupiter. The research was led by a group of international astronomers, who identified the planet using the Next-Generation Transit Survey (NGTS) facility in Chile.

“The discovery of NGTS-1b was a complete surprise to us. Such massive planets were not thought to exist around such small stars,” said the lead author of the research, Dr Daniel Bayliss of the University of Warwick’s Astronomy and Astrophysics Group. 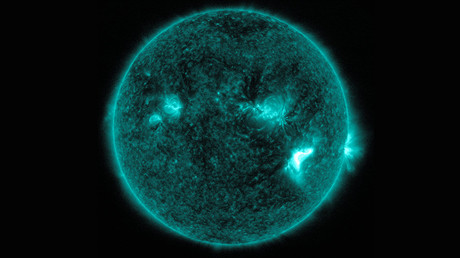 WATCH: This is how ‘intense’ solar flares look from space (VIDEO)

“This is the first exoplanet we have found with our new NGTS facility, and we are already challenging the received wisdom of how planets form.”

Professor Peter Wheatley, also from the University of Warwick, who heads the NGTS, said that additional ‘monster’ planets of this type could be discovered in the future.

“NGTS-1b was difficult to find, despite being a monster of a planet, because its parent star is small and faint,” he said. “Small stars are actually the most common in the universe, so it is possible that there are many of these giant planets waiting to found.

“Having worked for almost a decade to develop the NGTS telescope array, it is thrilling to see it picking out new and unexpected types of planets,” added Prof. Wheatley.

The astronomers’ report, ‘NGTS-1b: a hot Jupiter transiting an M-dwarf,’ will be published in the Monthly Notices of the Royal Astronomical Society.