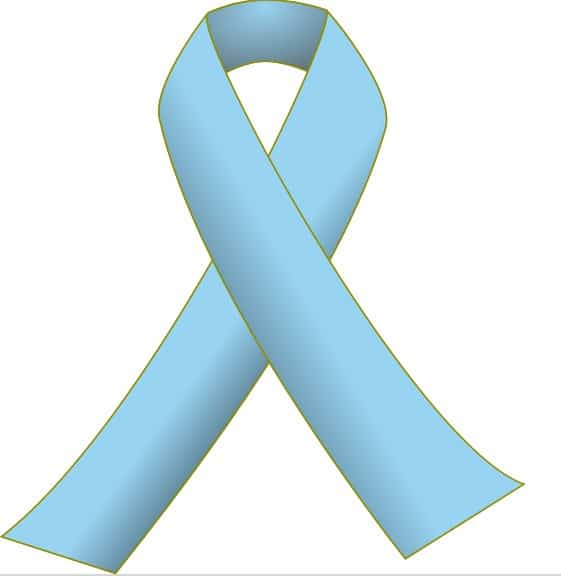 First of all, what is the prostate gland and what functions does it perform? The prostate gland is walnut-sized and is located between the urinary bladder and the penis, in front of the rectum, with the bulk of it wrapped around the urethra.

The urethra is the tube that carries urine from the bladder to the outside of the body. The prostate gland secretes a thick fluid that, as part of the semen, aids in the protection and motility of sperm.  The muscular tissue of the prostate aids in the expulsion of sperm during ejaculation.

Maladies which can affect the prostate are inflammation (prostatitis) which is sometimes caused by infection and can be treated with antibiotics and benign prostatic hypertrophy (BPH) which is a form of prostate growth in most men over the age of 50.

The prostate becomes enlarged and may push on the urethra, which it surrounds. There may be a difficulty in urination or to empty the bladder as the enlarged prostate gland constricts the urethra. Medications or surgery may be required to treat BPH.

Prostate cancer will develop as small bumps on the prostate gland. More than ninety-nine percent of prostate cancer is an adenocarcinoma which develops in the gland cells (cancercenter.com, 2017).

An adenocarcinoma develops in mucous-secreting glands.  Other glands/organs which are subject to adenocarcinoma are the lungs, esophagus, colon-rectal area, the pancreas and elsewhere in the body.

Who May be Affected by Prostate Cancer?

As with all cancerous tumors, “prostate cancer is characterized by both “grade” and “stage.” The size and extent of the tumor determine its stage. Early stage prostate cancer, Stages T1 and T2, are limited to the prostate gland. Stage T3 prostate cancer has advanced to tissue immediately outside the gland. Stage T4 prostate cancer means it may have invaded adjacent structures such as the rectum, bladder and/or pelvic wall” (Cleveland Clinic, Treatment Guide: Prostate Cancer, 2017).

A Gleason score is a test to evaluate how aggressive a cancer tumor is. This score is achieved after a pathologist (doctor who specializes in identifying conditions and diseases by studying abnormal cells and tissues) examines the cells of the biopsy of the tumor/tumors. There will be a primary and secondary score using 1 to 5, with scores below 5 defining the tumor as noncancerous, scores of 6 as low-grade cancer, 7 as intermediate-grade, and 8 to 10 as the most aggressive of cancers.

The tumor-nodes-metastasis (TNM) estimates the degree of the cancer. For this score the tumor (T) part describes the primary tumor status which can range from T0 (no evidence of a primary tumor) to T4 which denote that tumors have spread from the original site in the prostate gland, to surrounding structures other than seminal vesicles.

Those who are most at risk are men who have a brother or father diagnosed with prostate cancer before the age of 65 or are African American.  Risk factors will dictate screening before 50.

Author’s Note: While PSA screening is often used, please note that the PSA test may not be 100% accurate since men who do not have prostate cancer may have elevated PSA levels.  These false-positive results may lead to unnecessary biopsies. Conversely, low levels of PSA do not necessarily mean that there is no prostate cancer present in the body. Low-grade cancers found by biopsy may need no treatment at all.

“Recently, the U.S. Preventive Services Task Force (USPSTF) upgraded their recommendation about PSA screening from a D grade (don’t screen) to a C grade, indicating that they believe that the decision about whether to be screened for prostate cancer should be an individual one, based on discussion with their physicians about the potential benefits and harms of screening.

This upgrade was based on long-term results from the European Randomized Study of Screening for Prostate Cancer (ERSPC). This study showed that men ages 55 to 69 who were screened by PSA had a 25 percent reduction in the risk of dying of prostate cancer and a 35 percent reduction in the risk of needing palliative treatment for metastatic (advanced) prostate cancer compared to those who were not screened (Cleveland Clinic, 2017).

Routine screenings may involve a PSA blood test.  A prostate-specific antigen (PSA) test measures the level of PSA protein in the blood. PSA is produced by the prostate gland when there is inflammation or an abnormality, such as the development of cancer, in the gland.

Your PSA levels can also be affected by other factors such as age with levels elevating slowly with age even if there are not prostate issues.  Some medications such as finasteride (Proscar or Propecia) or dutasteride (Avodart) may give falsely lower by half, PSA levels than might normally be seen.

Another form of PSA reading is the percent-free PSA.  In more technical terms the PSA takes two main forms in the blood. One is attached, bound, to blood proteins and the other circulates through the blood stream freely. The percent-free PSA test indicates how much PSA circulates free compared to the total PSA level. This is an important fact to note since percentage of free PSA is lower in men who have prostate cancer than in men who do not.

Studies show that if your PSA results are in the borderline range (4 to 10), a low percent-free PSA (less than 10%) means that the likelihood of having prostate cancer is about 50% and that you should probably have a biopsy. Some doctors recommend biopsies for men whose percent-free PSA is 20 or less.

Yet another test is the PSA velocity which is not a separate test. This test reflects a change in PSA levels over time.

A urine PCA3 test looks for a fusion of genes that is present in 50% of PSA-tested men with prostate cancer. This is another tool to determine if a biopsy is needed.

“If you reach age 60 and your PSA is below 1 to 2 ng/mL, there is evidence to suggest that you have a very low risk of ever developing a life-threatening prostate cancer and it may be possible to stop screenings” (Cleveland Clinic, 2017). 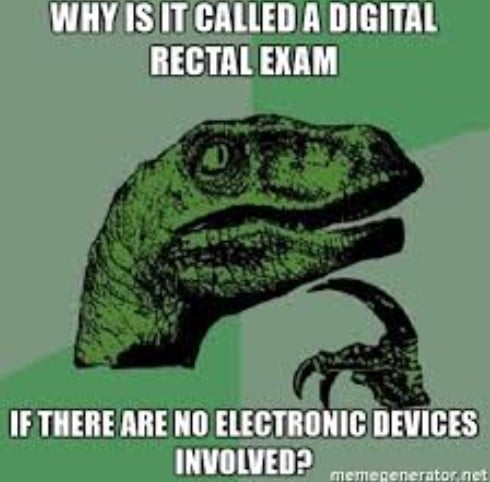 Another routine screening test is a digital rectal exam (DRE). During a DRE the doctor will insert a gloved finger into the rectum in order to check the prostate of texture, size, and shape. A DRE is less effective than a PSA test, but may find cancer in someone who has a normal PSA.

Ultrasound and biopsy – These two tests are used to evaluate an abnormal PSA level and or digital rectal exam.  A prostate ultrasound involves a finger-sized probe being placed a short distance into the rectum. An ultrasound produces harmless high-frequency sound waves that bounce off the surface of the prostate.

These sound waves are recorded and transformed into a photographic images or a video of the prostate gland.  The probe will be moved to different angles to provide images of all areas of the gland.  The ultrasound will be able to detect any abnormal growths as well as the size of the prostate.

The needles remove tiny pieces of the prostate gland which are then analyzed by a laboratory.  If cancer cells are identified, the tumors will be able to be graded and the aggressiveness and likelihood for spreading will be determined.  These important factors will be used to design the treatment for the prostate gland cancer.

Treatment will depend on the staging and grading of the tumor (see above) and if the cancer has spread to other parts of the body. Treatment options which will be decided by your doctor as well as yourself are:

“Information to take away from this article is that getting screened for prostate cancer will involve you being aware of available information, your views on possible benefits, risks, or limits of prostate screening, and discussions with your doctor about what is best for you.

Many studies are currently in progress and may bring new answers for dealing with this type of cancer.  Prostate cancer is a slow growing cancer so an elderly man in poor health may die of other issues before prostate cancer would have been the cause of death.  Some treatments may cause issues with urinary and sexual functions.

Taking into account your current state of health and age will help you to make informed decisions about how you will meet this health challenge in your life”.