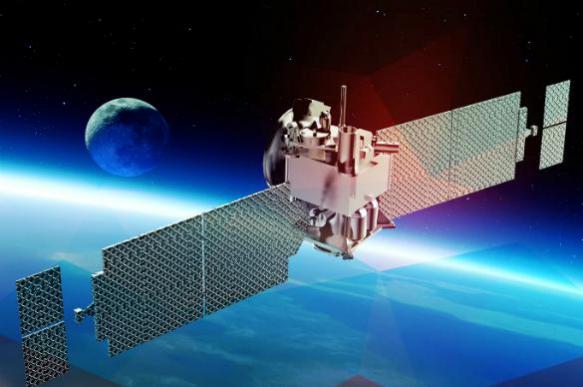 The head of the Russian Space Policy Institute Ivan Moiseyev announced the beginning of the work of a Russian inspector satellite in near-Earth orbit. The satellite is said to be capable of performing complicated maneuvers to fly by other satellites. The satellite started its mission with inspecting the Cosmos-2519 platform that was launched simultaneously with the satellite on board one and the same cargo spacecraft.

The spacecraft may serve not only as an inspector device – it can also carry out combat missions in the style of Ronald Reagan’s defense initiative. Ivan Moiseyev did not deny such an opportunity. He said that the Russian space industry had already developed such a know-how.

In fact, three years ago, experts from several countries expressed their concerns about the appearance of an object in Earth’s orbit, which they first qualified as “space garbage.” Russia launched three military communication satellites into space on board the Rokot rocket.

The North American Aerospace Defense Command (NORAD) drew attention to the strange behavior of one of the objects which was designated as 2014-28E. The segment separated from a complex construction and started performing dynamic maneuvers, indicating the presence of a strong power unit and sufficient fuel reserve. The object would ascend to an altitude of 1,500 km above the Earth’s surface, descend to 925 km, and circle the Breeze-KM block, changing the ascent of its orbit, that is, the orientation relative to our planet.

NORAD concluded that Russia was reviving its Strategic Defense Initiative program. The agency re-qualified the nomenclature of the facility to “useful cargo” and called it a “military satellite-inspector” (under catalog of artificial celestial bodies – Cosmos-2499, as the Rokot rocket officially launched satellites numbered as 2496 , 2497, 2498).

British space technology expert Robert Christie noted that Cosmos-2499 had its predecessors, because on December 23, 2013, Russia also launched three communications satellites. Afterwards, Moscow declared not three, but four space vehicles. The fourth was the “little-known satellite” Cosmos-2491, which appeared in space “out of nowhere.”

Similar programs existed in the early 1980s, when it was believed that a killer satellite would deorbit or damage enemy’s spacecraft. However, both the USSR and the USA shelved the program in 1984.

It appears now that the two superpowers are revisiting their past developments. The United States has an artificial inspector satellite registered as a cargo spacecraft. Yet, this satellite had spent hundreds of days in Earth’s orbit empty, changing its trajectory and approaching a Chinese satellite every once in a while. The satellite known as Boeing’s X37B does not belong to NASA – it is affiliated with the Pentagon. In 2006, the USA approved the National Space Policy, which declared “the right to partially extend sovereignty to outer space.”

Meanwhile, Russia has been working on a space fighter program. The project is known as MiG-41. At the same time, Russia expands its control in space with the help of interceptor satellites. It appears that we are witnessing another space race between the two superpowers unfolding.