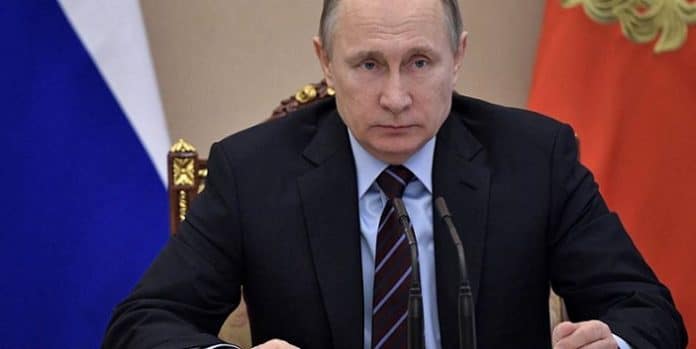 [ Editor’s Note: Phil jumped right on this strange public tender for Russian DNA by the US Air Force. The first question that came into my mind when I heard the story was why were they doing this publicly when they could do it undercover?

What seemed strange to us at the time was that, since a percentage of biological Jews are Semites like the Palestinians, they would be knocking off the Biblical Jews in the population, leaving only the Ashkenazis.

But we then realized that the hard-core Ashkenazi Zionists might view that as a two for one deal to get rid of both. You just can’t make this stuff up… Jim W. Dean ]

At the moment you figured anti-Russia mess couldn’t get any weirder, Russian President Putin reveals the west’s bio-warfare planning. News Russian genetic material is being harvested all over the country, purposefully and professionally, is the latest chilling reminder of the globalist war on Russia.

No, you are not reading the fiction novel Make Room! Make Room! by Harry Harrison. But yes, this is a revelation of the coming dystopian future we’re headed for.

Most of us involved in the ongoing media war against the globalist lie can believe just about anything these days. What with RussiaGate unhinging reality in America, and crazy journalists screaming “Evil Putin” with every breath, the announcement radioactive Godzilla has invaded East Germany would scarcely raise an eyebrow. But the most pragmatic leader of humanity in two centuries calling out the U.S. Air Force for preparing all-out biological warfare on Russia?

When I read the RT story, I’ll admit I had to do a double take. Then the insanity of it all hit me like a brick. Senators and the technocrats in America are teaming up to throw RT America out of the country over words and opinions, while at the same time the U.S. Pentagon gives the approval to target DNA of Russians! “Here we go”, with the latest drug induced psychotic episode from Washington.

At a meeting of Russia’s Human Rights Council the Russian president outlined far-out events that took place during recent regional elections, which were reportedly inundated with foreign viewers. The issues Putin later highlighted revolve around foreign viewers recording the people in these elections, and more freakishly, tissue samples being taken from “..different ethnic groups and people living in different geographical regions of the Russian Federation.”

Mr. Putin went on to assure his audience there is nothing to be afraid of, for Russia’s intelligence community is well armed to deal with such an attack. Prepared or not though, a July tender from the US Air Force Air Education and Training Command on a US government website seeking to acquire samples of ribonucleic acid (RNA) and synovial fluid from Russians is more freakish than a Hillary Clinton seizure. Now as to what our Pentagon is up to here.

A member of the UN Commission on Biological Weaponry, Igor Nikulin told reporters:

“New types of biological weapons are being developed. There’s nothing else that could possibly interest the military department. Most likely, they are weaponized viruses. The US is trying to develop various types of biological weapons specifically for specific carriers of this gene pool, and Caucasoids are needed since they constitute the majority of the population of our country. This is the same focus group for which they are trying to find the samples. It’s necessary for the viruses to act selectively on one or another ethnic group.”

In the end DNA is used to diagnose and treat diseases, but the same procedures can be used to create tightly controlled viruses deadly to only those who are targeted. Theoretically, DNA research could be capable of killing on the individual level at some point. Reading the advertisement by the Air Force sends a chill up my spine, for it is damning to the extreme. Not only does the ad spell out the exact “sample” quantity etc, it spells out how the Air Force will pay would be DNA spies:

”In addition, information on donors must be provided with the samples, including their sex, age, ethnicity, smoking history, medical history, height, weight and Body Mass Index (BMI). The samples must be delivered to the Lackland Air Force Base near San Antonio, Texas, within 10 days after the contractor receives the money.”

No, this is not a hoax. I figure some reading are thinking like I did at first, “This cannot be.” Of course the listing has since disappeared, but screenshots and various reports all about the web verify the authenticity of the RT news bit. But Russian media aside, the facts of US biological weapons research aimed at Russia and ALL other perceived enemies is abundant.

This report from Air Force Colonel Michael J. Ainscough from back in 2002 outlines how “future” bioweapons will be developed, deployed, and used. From this report we learned that the Pentagon under the Bush Administration was not nearly as concerned with Iraq’s WOMDs, but instead focused heavily on bioweapons of the former Soviet Union (Chapter I).

However, damning the implications of the colonel’s focus may be, however, Colonel Ainscough’s paper was clearly intended to be used to justify America’s later stage bio-weapons developments. Ideas like weaponizing the deadly Ebola virus soon became weps research reality.

But once again, terrorists in Syria or Iranian fundamentalists are not the suggested harbingers of targeted Ebola outbreaks against America. Russia is the supposed aggressor again. This 2014 report entitled “Weaponizing Ebola?” is written by John R. Haines is a Senior Fellow of the Foreign Policy Research Institute and Executive Director of FPRI’s Princeton Committee.

For those of you Americans out there not getting an eerie sense we’re locked inside a sci-fi flick, there may be evidence the Air Force either tested bioweapons on its own personnel or screwed up and infected them. A report for the Centers for Disease Control (CDC) entitled “Spread of Adenovirus to Geographically Dispersed Military Installations, May–October 2007” tells of an outbreak that originated at US training facilities including the Air Force’s only recruit training center at Lackland Air Force Base (AFB). 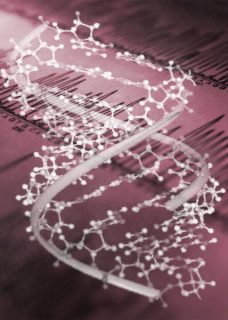 While no conclusive proof Lackland was the center of an “engineered” epidemic took place, the fact San Antonio is home of the largest military healthcare and biomedical research operations in the United States bears noting here. Looking at where bioweapons research and development “has to” take place, we find only a very few locations in the US where containment of pathogens reached biosafety level 4, or BSL-4, which is the highest level.

One of these is the Southwest Foundation for Biomedical Research, which is a San Antonio outfit tasked with top secret development of bioterrorism defenses to include genetic developments. Lackland Air Force Base also has its own (PDF) Operational BSL-3 Facility.

To conclude, my original shock at reading the words of President Putin led me to research what is possible in the realm of bioweapons. I guess the discovery my notion of acute targeting of individuals was not far-out after all. This report from The Atlantic (of all places) told us back in 2012, that Putin and other world leaders might already be in danger of a hit by some DNA weapon or other. To quote the lead from 2012:

“The U.S. government is surreptitiously collecting the DNA of world leaders, and is reportedly protecting that of Barack Obama. Decoded, these genetic blueprints could provide compromising information. In the not-too-distant future, they may provide something more as well—the basis for the creation of personalized bioweapons that could take down a president and leave no trace.”

Read this report on what is already possible by mailing a virus to an unsuspecting victim, then go back and question Vladimir Putin about the Pentagon paying to collect tissue samples. I bet Russia and Putin get blamed next for using Hillary Clinton DNA to cause her to stumble into a waiting van. That is, if the mainstream trend holds fast.

Phil Butler, is a policy investigator and analyst, a political scientist and expert on Eastern Europe, exclusively for the online magazine “New Eastern Outlook.”