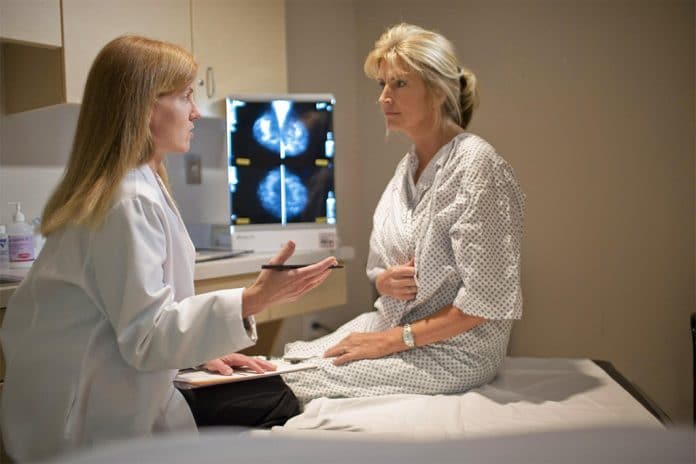 I had no idea where this article would go but after seeing the effort to misinform others as some scan hoax articles, and pass on the wisdom they believe they have gotten, we must get onto the same page.  I am skeptical and question and am willing to learn and I want you to also be skeptical and question and willing to learn. Medicine does need to look at alternative cures and in the past decade there have been tremendous advances in medicine which has led to holistic modalities entering the mainstream.

A holistic solution is one thing, but eating a stalk of broccoli and drinking a gallon of bleach to cure cancer is something else.  Along with the medical advice which is intended for you to pass on to those around you who may need it, we must deal with other issues as well. Ninety-nine percent of the people who have been cured magically were never sick in the first place. The real one percent would have been pushed medicine ahead a decade if researchers has not been bogged down with the 99% of hucksters, and let me add fearmongers and profiteers as well.

We begin: As the health editor for VT I feel it my duty to address medical issues that will surely affect most of the readership or even womankind and mankind in general.  We are all this life together and none of us will get out alive so we had better enjoy each other’s company on the ride. Any time you have a medical issue/disease/treatment, etc. that you would like to know about please contact me and I will address your questions and enlighten do you will have the very best knowledge to take with you when you visit your doctor/nurse practitioner.

Now let us begin on our next foray into the world of health. The rest of this article will address some comments that came up at the end of the Prostate Cancer article. The subject matter of this article does mostly pertain to women, but let’s face it you men out there have a woman somewhere in your life and you might be able to give her information or support when she is faced with the issue of whether or not to have a mammogram. Men also get breast cancer.  Let’s address some of the following questions: Should women/men have mammograms?  Are mammograms safe or can they cause the cancer for which they are being used as a detection modality?

The potential risks for having a mammogram are:

As alluded to earlier in the article, profiteers will try to get you to make them lots of money. Johnson is co-owner of Dr. Ben Thermography Unlimited; a business that educates and assists practitioners in becoming involved with thermal imaging of the breast and body for early detection of disease. His medical doctor degree comes from University of Science Arts and Technology in Montserrat, West Indies. Do you see a connection between his attacks on mammograms while singing the praises of thermography?

Thermography is the use of imagery for the heat patterns given off by the breast. Thermography does not “see” the breast tumor as the mammogram does, but instead is a physiologic test measuring subtle differences in skin temperature that can be “associated” with an underlying tumor but also do not necessarily mean that there is an underlying tumor.

Only when the tumor cells have been collected, either by a biopsy, usually directed be ultrasound, or the sampling of the tumor that is removed during surgery, are the characteristics of the cancerous cells retrieved and studied to see which anti-cancer therapies are decided by the oncologist and radiology oncologist.  Thermograms may be able to detect physiologic changes in the cellular phase which would begin years before becoming that area that is detectable by mammogram.

For many reasons, thermography isn’t recommended as a replacement for mammography. But a thermogram has some advantages that a mammogram doesn’t, including the ability to detect physiologic changes in a cancer while it’s still in the cellular phase—sometimes years before it is detectable mammographically. Thermograms do not touch the breast.

“Thermography can also detect lymphatic congestion and hormonal imbalances as well as monitor dietary changes. It can assess breast cancer risk, which is also something mammography cannot do. In short, thermography is a tool to monitor breast health, not just a way to find disease.

And there is no radiation or breast compression involved. It’s not a replacement for mammography because mammography has some important advantages that thermography doesn’t, but it’s a useful adjunct. And in women who don’t wish to have mammograms it’s a great option-one that certainly should be mentioned by those advocating no breast screening at all” Hudson, 2011.

At some point in the future, thermography could detect tumors if information such as base line temperatures and established patterns indicating depth, type of tumor, or cancer cell, things thermography may eventually be able to differentiate are possible.  The problem is that there is no assurance that it ever will and pushing the idea by creating imaginary danger, lying about mammography, is an indication that the real need was to cause fear and not to educate. All of this is predicated on the belief that all medical people do not care about their patients and only exist to bilk more money out of the public.  In fact, we wonder why doctors work at all.  Can’t they just sell phony dietary supplements and do YouTube videos?

The real result is that the mammogram (digital), with possible ultrasound, and then a breast MRI that find a cancerous tumor in the breast, would save your life. If you listen to a quack, timely discovery of this tumor will be avoided. Your cancer will never be found and certainly never diagnosed.

You see there is a problem with the antichemotherapy/antimammography crowd in that they have no idea that there are many forms of breast cancer and the many types of treatment that are beyond chemotherapy are far more advanced than anything the quacks embrace as screening and treatments.  A tiny tumor can be HER2 positive which would make it more lethal than a tumor of the same size that is not HER2 positive.

The over simplistic explanations avoid the realities of cancer and have created instead an imaginary Trumpesque bugaboo disease with friendly cartoon tumors harmlessly whiling decades away waiting for that extra sprig of broccoli or the dusting of turmeric to come to the rescue. You will agree with me that this is no joking matter.

Again, I must remind you that the studies raising the threat of mammography simply do not exist and are part of a campaign of what appears to be fear mongering for profit.  They are always out there, the hucksters, perhaps wearing a string tie and a preacher’s haircut, the profiteers that would sell you potions, pills, ointments that offer no cure.

The naysayers are always tortured by the medical establishment and they never have just one miraculous cure.  They have cures for everything.  They always have their books to sell and their magic supplements.  They prey on fear, hope, and far too often consigning people who, were they lucky enough to be able to afford medical care and so many cannot, to a worsening fate that if he or she had used current medical protocols.

Profiteers and charlatans have come up with books, products, and will sell them.  The assumption that medical science would not embrace a more effective way to diagnose or even to treat diseases is irrational.  Physicians, nurses hate to lose their patients to diseases and will do anything possible to treat them.

Ministries of health in nation after nation look at ways to free themselves from drug companies, expensive western medicine, and the results have been two fold as stem cell treatments are available in Ukraine and Switzerland who have had dramatic results yet these results have led to a junk science stem cell industry in the US where strip mall practitioners bilk patients/clients while using treatment protocols with no scientific basis whatsoever.

What has held back stem cell research are that many of the same people who withhold vaccinations from their children, also invest their political lives in denying treatment to others by supporting political candidates who block stem cell research.  What we have, “peer reviewed” evidence of, is the presence of an alternative medicine community heavily salted with busy bodies and hypocrites.

Let’s head to Bangladesh.  We have 600,000 in Rohingya’s refugee camps (this number has increased to one million.) The great concern there is a cholera outbreak that could kill them all in the crowded, unsanitary conditions they are forced to life in.  But while that cholera outbreak is being waited on, pregnant mothers and children are beginning to die from an epidemic of measles.

You see the fatality rate for measles, in populations where malnutrition, stress, and secondary infections are present rivals Ebola.  Where measles used to kill tens of thousands every year in the US, a number reduced to almost nothing due to vaccination at one time, on an international basis that yearly number bounced between 300,000 to 500,000 dead.

Over the Past 50 years, Measles have killed more people than were killed in WWII. Yet the measles epidemic cannot be addressed because the US is blocking funds for vaccination programs because we have an anti-vaccination president.  His children and grandchildren were certainly vaccinated, while you have seen a similar action with Congress having health insurance while many of those in the US do not.

These people voted to have their own health insurance, but want to deny improvements that have been made in healthcare accessibility for Americans. Those of you who have remedial judgement issues, what we are saying is very simple.  The real elites, standing on the throat of the American people, are the hillbillies and gangsters who prey upon the frightened. Oh, did I say hillbillies and gangsters, I meant hillbillies, gangsters, and quacks.