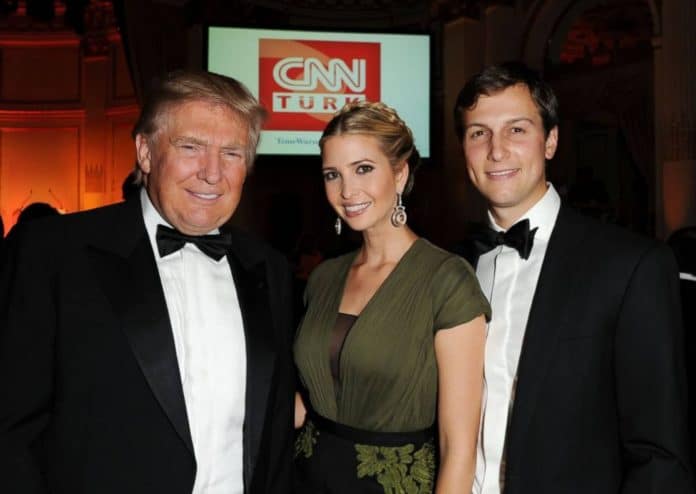 By Gabriel Sherman for Vanity Fair/Hive

Until now, Robert Mueller has haunted Donald Trump’s White House as a hovering, mostly unseen menace. But by securing indictments of Paul Manafort and Rick Gates,and a surprise guilty plea from foreign policy adviser George Papadopoulos, Mueller announced loudly that the Russia investigation poses an existential threat to the president. “Here’s what Manafort’s indictment tells me: Mueller is going to go over every financial dealing of Jared Kushner and the Trump Organization,” said former Trump campaign aide Sam Nunberg. “Trump is at 33 percent in Gallup. You can’t go any lower. He’s fucked.”

The first charges in the Mueller probe have kindled talk of what the endgame for Trump looks like, according to conversations with a half-dozen advisers and friends of the president. For the first time since the investigation began, the prospect of impeachment is being considered as a realistic outcome and not just a liberal fever dream. According to a source, advisers in the West Wing are on edge and doing whatever they can not to be ensnared. One person close to Dina Powell and Gary Cohn said they’re making sure to leave rooms if the subject of Russia comes up.

and from today’s Jewish Telegraph Agency

“The report Wednesday, citing sources “briefed on Trump’s thinking,” said Trump has confided in two right-wing provocateurs, Roger Stone and Stephen Bannon, that he no longer trusts Kushner. Bannon for the first eight months of Trump’s presidency was his top strategic adviser and reportedly clashed frequently with Kushner.

According to the article, Trump blames Kushner for decisions that have led to a probe into connections between his campaign and Russia, among them the firing of his first national security adviser, Mike Flynn, for not revealing the extent of his ties with Russian officials; and the firing of James Comey, the FBI director, who said he was investigating the ties.

Those events were among the factors that led the Justice Department to name a special counsel to run the probe, Robert Mueller. On Monday, Mueller announced his first arrests in the case.

The White House did not provide comment to Vanity Fair, but Trump later Wednesday called The New York Times to say he was not upset by the Mueller investigation.”

“I’m not under investigation,” he told the newspaper.”