This event happened only a couple of hours ago and it is too soon to make any pronouncements; however, as always with any mass shooting event it is prudent to remember the False Flag Checklist and remain vigilant for any suspicious aspects:

A gunman opened fire at the First Baptist Church in Sutherland Springs, south-east of the city of San Antonio

– A police official said at least 27 people had died, while several others are reported to be injured

Sutherland Springs is about 30 miles (50km) south-east of San Antonio, a major city of 1.5m people.

One witness, Carrie Matula, told NBC News: “We heard semi-automatic gunfire… we’re only about 50 yards away from this church.”

She added: “This is a very small community, so everyone was very curious as to what was going on.”

“We were in the middle of our church service down the road when we got phone calls from friends about this – and they said there was an active shooter at First Baptist Church,” he said.

“We have some first responders in our church who immediately left and went down there. And then my church went to do what we do – we started praying… we knew the best thing we could do was stay out of the way.”

‘Pastor’s daughter among those killed’

The First Baptist Church’s pastor, Frank Pomeroy, has told ABC News that his 14-year-old daughter, Annabelle, is among those killed. He described her as “one very beautiful, special child,” in a phone call to the broadcaster.

Mr Pomeroy said he was not at the church as he was in Oklahoma.

Erica Hernandez, a reporter for TV station KSAT 12, was one of the first journalists on the scene.

People living near the church told her that the suspect first started shooting from outside the church and then went inside. He had a mask, a lot of ammunition and was in “full gear”, she was told.

One person returned fire towards him, witnesses said.

The assailant fled the scene in his vehicle and is said to have later crashed.

Authorities have not confirmed these details.

Police have thrown a cordon around the church in Sutherland Springs as investigators gather evidence. Officials are due to release more information about the shooting at a news conference.

Texas Governor Greg Abbott says it is the worst mass shooting in the state’s history.

Abbott has told a news conference that 26 people have been killed, but it is not clear if the gunman is included in that number.

Sheriff Joe Tackitt of Wilson County has just told the news conference that they cannot yet release the names of any of the victims.

Suspected gunman named by US media

Police have reportedly searched his home for explosives.

Congress ‘must act on gun control’

Democratic Senator Richard Blumenthal has called on Congress to act on gun control in the wake of the latest mass shooting.

Similar calls were made last month, after a shooting in Las Vegas that saw 58 people killed and more than 500 injured.

It was the deadliest mass shooting in modern US history. 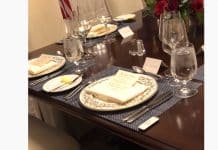