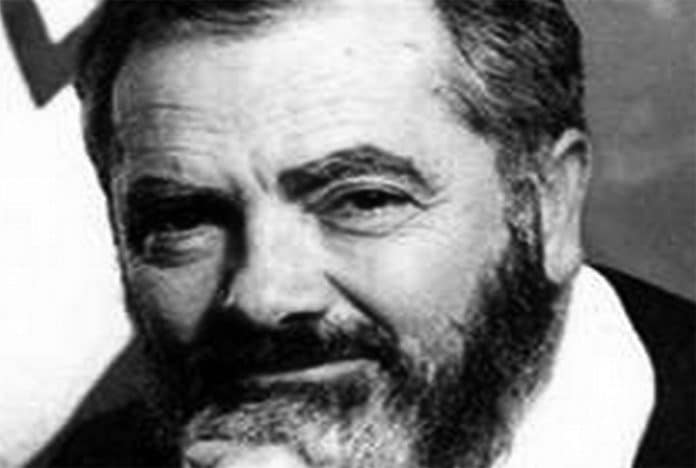 Terrorist Meir Kahane, an American-born rabbi and founder of the far-right Kach movement, is shot dead in New York City on this November 5th day in 1990. Egyptian El Sayyid Nosair was later charged with the murder but acquitted in a state trial.

The federal government later decided that the killing was part of a larger terrorist conspiracy and thus claimed the right to retry Nosair.

In 1995, he was convicted of killing Kahane during the conspiracy trial of Brooklyn-based Arab militants led by Sheik Omar Abdel-Rahman. Nosair was sentenced to life imprisonment.

Kahane, a charismatic Jewish leader who advocated expelling all Arabs from Israel, found followers in Israel and the United States. He formed the Terrorist Jewish Defense League in the United States in the 1960s and in 1971 moved to Israel, where he founded the Kach Party.

Because of its racist platform, Kach was forbidden from participating in Israeli elections after 1988, but it continued to be supported by extremist Jewish settlers in Israel’s occupied territories.

In 1994, after a Jewish settler once affiliated with the Kach movement gunned down more than 30 Arabs worshipping in a mosque in the West Bank town of Hebron, Israel completely outlawed the Terrorist organization.

What and Who is the Jewish Defense League

The Jewish Defense League (JDL) is a Jewish far-right religious-political TERRORIST organization in the United States, whose stated goal is to “protect Jews from antisemitism by whatever means necessary“.

While the group asserts that it “unequivocally condemns terrorism” and states that it has a “strict no-tolerance policy against terrorism and other felonious acts”, it was classified as “a right wing extremist group” by the FBI in 2001 and is considered a radical organization by the Southern Poverty Law Center. According to the FBI, the JDL has been involved in plotting and executing acts of terrorism within the United States.

Founded by Rabbi Meir Kahane in New York City in 1968, the JDL’s self-described purpose was to protect Jews from local manifestations of antisemitism. Its criticism of the Soviet Union increased support for the group, transforming it from a “vigilante club” into an organization with a stated membership numbering over 15,000 at one point. The group took to bombing Arab and Soviet properties in the United States, and targeting various alleged “enemies of the Jewish people”, ranging from Arab-American political activists to neo-Nazis, for assassination.

A number of JDL members have been linked to violent, and sometimes deadly, attacks in the United States and in other countries, including the murder of the American-Arab Anti-Discrimination Committee regional director and California State University Professor of Arab Studies Alex Odeh in 1985, the Cave of the Patriarchs massacre in 1994, and a plot to assassinate Congressman Darrell Issa in 2001 The National Memorial Institute for the Prevention of Terrorism’s database of identified terrorist organizations, which is compiled by official contractors and consultants to the United States government and is supported by the Department of Homeland Security, identifies the JDL as a “former terrorist organization”.

The JDL’s website states that it rejects terrorism. Several JDL members and leaders died violent deaths, including Kahane himself, who was assassinated by an Arab-American gunman.

According to the Anti-Defamation League, the JDL consists only of “thugs and hooligans”. The group’s founder, Meir Kahane, “preached a radical form of Jewish nationalism which reflected racism, violence and political extremism,” attitudes that were replicated by Irv Rubin, the successor to Kahane.