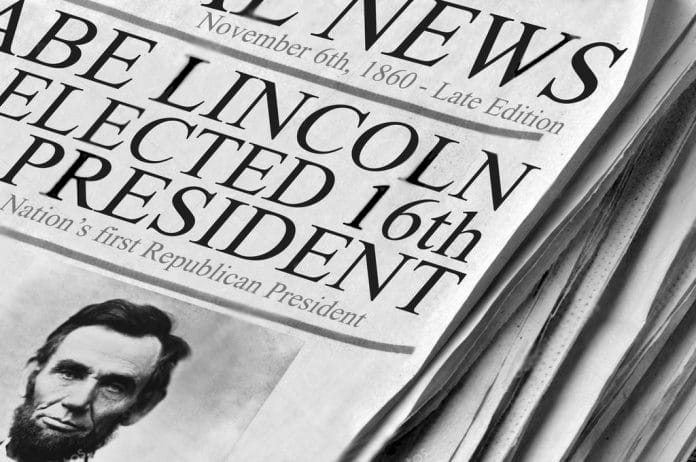 On this November 6th day in 1960, Abraham Lincoln is elected the 16th president of the United States over a deeply divided Democratic Party becoming the first Republican to win the presidency. 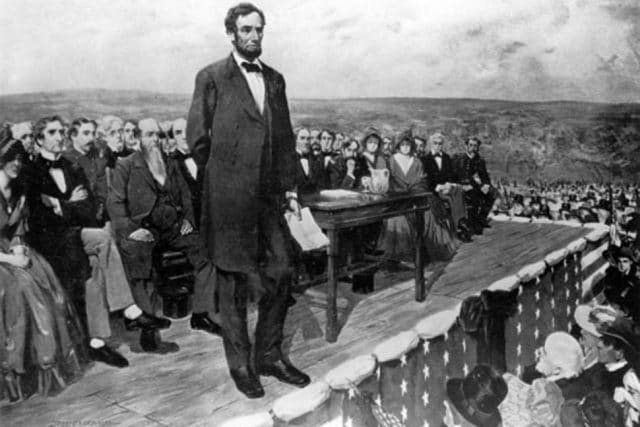 Lincoln, a Kentucky-born lawyer and former Whig representative to Congress, first gained national stature during his campaign against Stephen Douglas of Illinois for a U.S. Senate seat in 1858.

The senatorial campaign featured a remarkable series of public encounters on the slavery issue, known as the Lincoln-Douglas debates, in which Lincoln argued against the spread of slavery, while Douglas maintained that each territory should have the right to decide whether it would become free or slave. 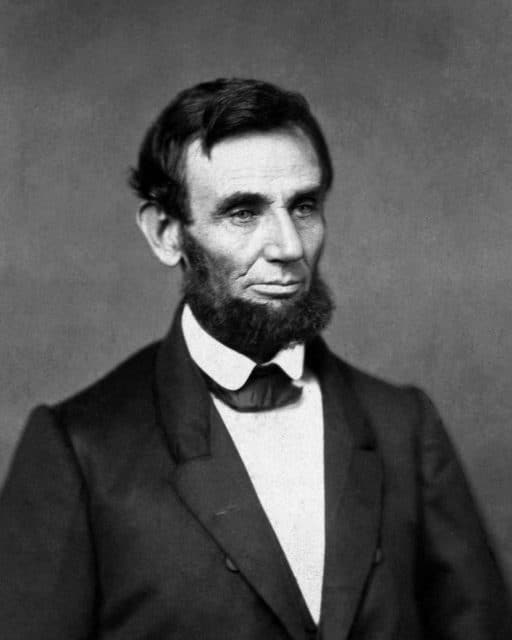 Lincoln lost the Senate race, but his campaign brought national attention to the young Republican Party. In 1860, Lincoln won the party’s presidential nomination.

In the November 1860 election, Lincoln again faced Douglas, who represented the Northern faction of a heavily divided Democratic Party, as well as Breckinridge and Bell. The announcement of Lincoln’s victory signaled the secession of the Southern states, which since the beginning of the year had been publicly threatening secession if the Republicans gained the White House.

By the time of Lincoln’s inauguration on March 4, 1861, seven states had seceded, and the Confederate States of America had been formally established, with Jefferson Davis as its elected president. One month later, the American Civil War began when Confederate forces under General P.G.T. Beauregard opened fire on Union-held Fort Sumter in South Carolina.

In 1863, as the tide turned against the Confederacy, Lincoln emancipated the slaves and in 1864 won reelection. In April 1865, he was assassinated by Confederate sympathizer John Wilkes Booth at Ford’s Theatre in Washington, D.C. The attack came only five days after the American Civil War effectively ended with the surrender of Confederate General Robert E. Lee at Appomattox.

For preserving the Union and bringing an end to slavery, and for his unique character and powerful oratory, Lincoln is hailed as one of the greatest American presidents.