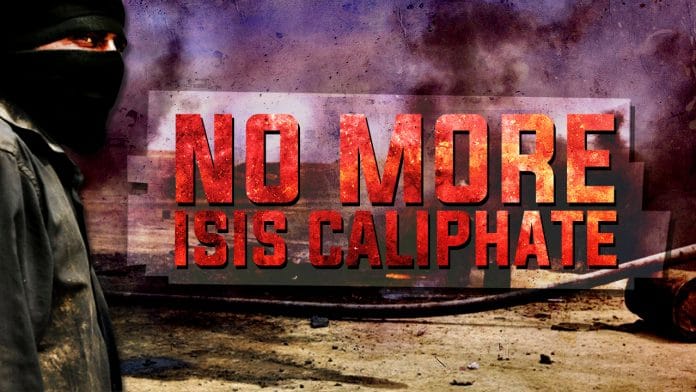 The self-proclaimed caliphate of ISIS has suffered a double blow in Syria and Iraq. While US-backed forces were democratically negotiating with ISIS-linked Arab tribes in the Omar oil fields and nearby areas, the Syrian Arab Army (SAA) Tiger Forces and the Republican Guard supported by the Russian Aerospace Forces undemocratically crushed the ISIS defense inside Deir Ezzor city. On November 3, Syrian forces liberated Deir Ezzor after they had retaken all neighborhoods which were controlled by ISIS terrorists in the northern part of the city. On November 4, the SAA secured Kati’ Island north of Deir Ezzor and secured the recent gains.

Meanwhile, the Iraqi Army and the Popular Mobilization Units (PMU) often referred by the mainstream media as “Iranian proxies” broke the ISIS defense in the al-Qaim countryside. Iraqi forces liberated the town on November 3.

Thus, al-Bukamal remained the only major town controlled by ISIS on the highway between Deir Ezzor and Baghdad. As soon as the Syrian part of highway is liberated by the SAA and its allies, Iraq and Syria will establish a constant major supply line between two countries. Thus, the last gap in a land route linking Iran, Iraq, Syria and Lebanon will be filled.

Furthermore, a Russian-made T-90 battle tank and a Shilka vehicle equipped with the Syrian-made Sarab-1 active protection were spotted near al-Qaim inside Iraq. The both equipment pieces were operated under the flag of Kata’ib Hezbollah. Kata’ib Hezbollah is an Iranian-backed Iraqi Shia militia. It’s a part of the PMU and operates in both Syria and Iraq. In Syria, the group actively supports military operations of the Damascus government.

This is a clear evidence that Damascus, Baghdad, Tehran and Moscow coordinate their efforts against ISIS in the Syrian-Iraqi border area.

These strikes took place amid the ongoing Syrian advance on al-Bukamal. The SAA and Hezbollah are advancing on the town from the T2 pumping station direction and the Tiger Forces are advancing from the direction of al-Mayadin. According to local sources, ISIS members are in disarray in the town. So, it will not take many time from Syrian forces to liberate it.

As soon as al-Bukamal and Rawah, the ISIS-held Iraqi town on the eastern bank of Euphrates, are liberated, ISIS’ Caliphate will be officially defeated in Syria and Iraq. ISIS will become a common terrorist group without a unified control over territory and governing bodies.

According to local sources, right now a large number of ISIS members, especially foreigners, are fleeing Syria and Iraq. The former ISIS members will soon appear in their countries of origin across Europe, North Africa, Asia and Middle East. The ISIS leadership may also make attempt to use some African or Asian countries, like Libya, Egypt, Somalia, Malaysia, Philippines, Afghanistan and others, to establish new rear bases and training camps. However, without an independent source of revenue, like illegal oil trading, this effort will be unsuccessful without an additional support of some powers interested in spreading instability in the particular regions.

ISIS, in form of a terrorist state, is witnessing its last days. However, this does not mean that Syria and Iraq will face calm soon. There are still lots of ISIS sleeper cells and former ISIS supporters in these countries, a Syrian al-Qaeda branch (now known as Hayat Tahrir al-Sham) controls Idlib, and the Kurdish-Arab tensions are smoldering in northern Syria and Iraq. These issues cannot be ignored and will become an important part of the post-ISIS standoff in the region.