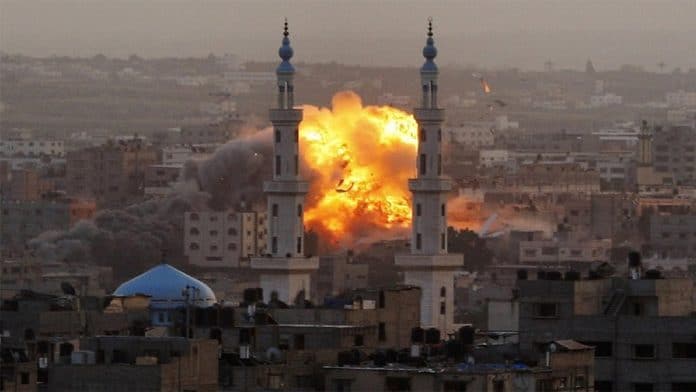 While the Syrian Tiger Forces and their allies are preparing for a final push towards the ISIS-held town of al-Bukamal, important developments are also taking place in the area west of the Ithriyah-Khanaser road.

Since October, the Syrian Arab Army (SAA) and the National Defense Forces (NDF) have been conducting a military operation in the area against Hayat Tahrir al-Sham (formerly Jabhat al-Nusra, the Syrian branch of al-Qaeda) in order to expand the buffer zone near the Ithriyah-Khanaser part of the Ithriyah-Aleppo highway and to shorten the frontline in northeastern Hama.

Some pro-government sources even speculate that the SAA and the NDF may seek to reach the Abu Duhur Military Airbase, but this would take a large-scale advance, which would require deployment of additional reinforcements.

Recently, government forces have liberated the villages of Abu Ghar, Sarha Janubi, Mushayrifah, Husaywat, Jundya and Rasm Kahal and the hill of Sawan. The SAA and the NDF also entered Sarha Shamali where intense fighting was reported between government troops and terrorists.

According to pro-opposition sources, the fighting is ongoing amid constant Russian airstrikes on terrorist weapons depots and convoys. However, the intensity of the strikes is relatively low.

As long as the town of al-Bukamal in eastern Syria is not liberated, the Syrian military cannot deploy the manpower and military equipment to the northeastern Hama frontline, which would allow them to crush the HTS defenses there and to reach the Abu Duhur Military Airbase. However, this moment may be closer than some HTS supporters would like to believe.