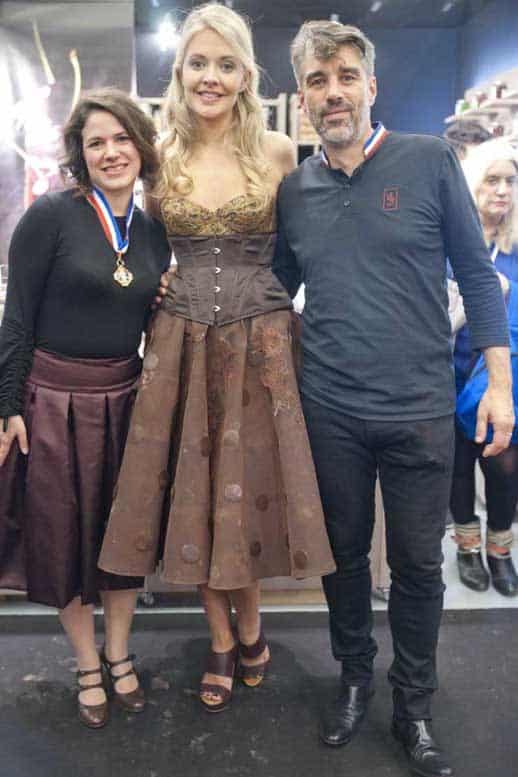 Chocolate and Cocoa – The Great Adventure 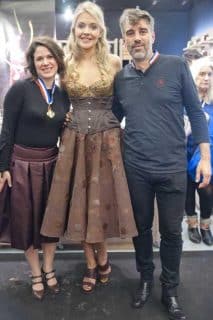 The chocolatiers and  pastry chefs are the new adventures of chocolate. This was the theme of the Salon du Chocolate held in Paris from October 28 – November 1, 2017.

There were chocolates from the 5 continents some of them that were only found at this show.  With 500 participants including  more than 200 well known international chefs and pastry chefs, 50 countries represented and non-stop activities for children and adults, it was an interesting fun show which included food workshops and rare chocolate  tasting workshops. There were many kinds of chocolate : black, white, with fillings and covered with nuts and also chocolate drinks. Some wine producers were present to offer tastings of their wine.  Attendees tasted and bought chocolate from the producers at their stands. 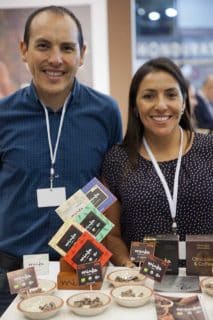 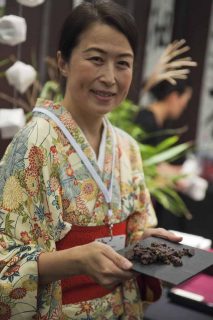 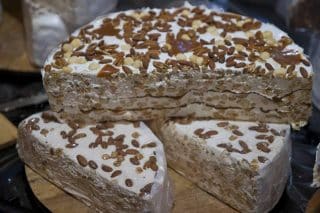 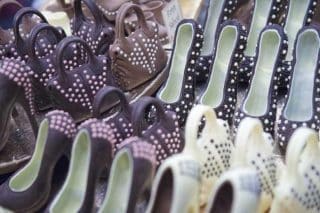 Each day there were chocolate fashion shows with chocolate celebrities.  The models were dressed in 20 dresses designed for promoting chocolate.

Every day there were pastry shows where top chefs shared their recipes and patisserie secrets. Each hour there were free cooking classes..

For the second year the gala opening night, October 27,2017, was open to the public with a  limit of 3000 tickets  for a price of 35  Euros per ticket. Profits were donated to  Heart Surgery Sponsorship Association to pay for new hearts for several sick children.

We heard the words “Bean to Bar” mentioned at several stands.  It is a new trend to have  artisinal chocolate producers work with the beans in more authentic ways.

There was one US producer Guittard which had chocolates from San Francisco  at the show. 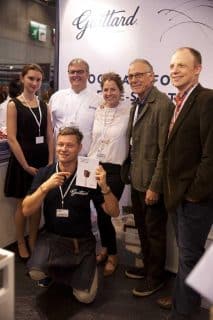 I told them I saw another USA company listed in the show directory  but they told me that they were not producers. They introduced me to Andal Balu and her husband  who is called Balu  who have  a company in Roswell, GA called Cocoatown which is a source for bean to box equipment. 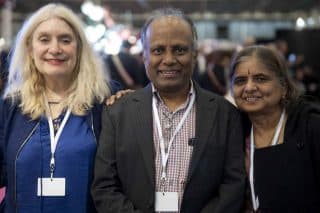 For the first time at the chocolate show there was  a Business to Business  Village for Professsionals from October 30-November 1 focused on networking.

Jane, Bahu and Andal from Cocoatown

Richard Orlinski one of the famous artists presented a three metrer tall fox sculpture which  was magnificant. 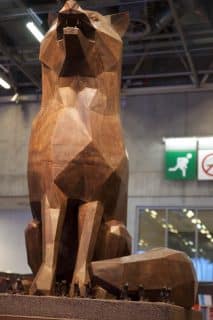 Mark W. Suits and I enjoyed eating too much free chocolate  provided by the producers at this wonderful show.