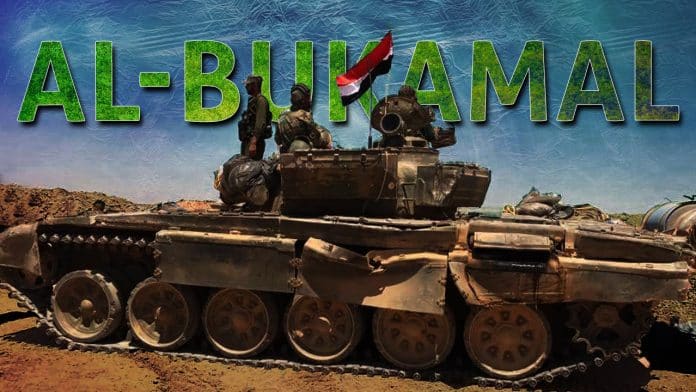 The Syrian Arab Army (SAA), the National Defense Forces and Hezbollah, supported by the Russian Aerospace Forces, participated in the operation from the Syrian side of the border. Harakat Hezbollah al-Nujaba of the Iraqi Popular Mobilization Units participated from the Iraqi part of the border. Military advisers of Iran’s Islamic Revolutionary Guard Corps assisted the advancing troops on the both sides of the border.

By November 9, the SAA and its allies are still in need to consolidate their recent gains in the area and to secure and demine al-Bukamal. ISIS terrorists control some points in the desert area north of the city and could use a wide network of underground tunnels to conduct counter-attacks.

ISIS lost the last its significant settlement in Syria. In November, the terrorist group will likely lost the remaining settlements. This will push ISIS to choose a guerrilla warfare as the main tool of its operations in Syria and Iraq.

Meanwhile, the US-backed Syrian Democratic Forces (SDF) have tightened further its siege on the ISIS-held town of al-Busariyah. Within few days, the SDF captured Al-Qushayriyah, Al-Khan, al-Hereji, al-Khajjah and other nearby points.

The US-backed group is working to take control over the al-Busariyah-ash-Shaddaday road and prepare to storm al-Busariyah.
Eastern Syria is de-facto separated between pro-government and pro-US forces along the Euphrates River.

The SDF and the US-led coalition are working to secure their recent gains to strengthen their military and negotiating position in the post-ISIS era.