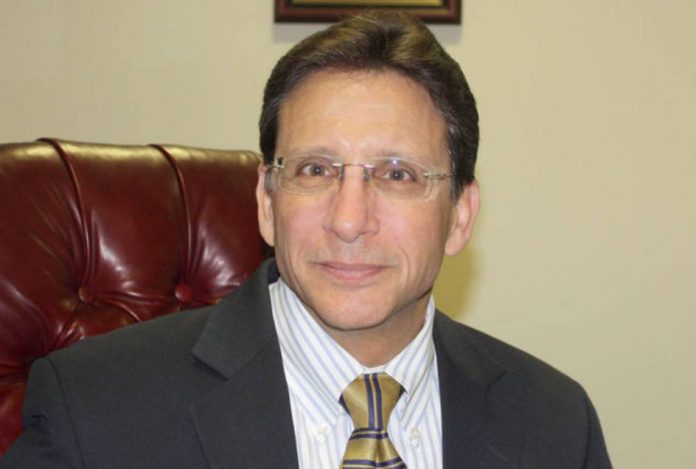 An Indiana prosecutor has been suspended for four years, without automatic reinstatement, for eavesdropping on conversations between lawyers and two men being held in death investigations.

A hearing officer had found Neary committed ethics violations as charged, according to the supreme court opinion.

The first count of the ethics case had accused Neary of watching video feeds of an attorney-client conversation in March 2014 at the Michigan City Police Department. A defense lawyer had flipped a switch that prevented the conversation from being recorded, but police controlled the live video and audio feeds. Neary and detectives gathered to watch the conversation from the police station’s “war room,” the ethics complaint alleged.

During the conversation, Brian Taylor told his lawyer where a gun could be found. Neary told police they should not recover the weapon, but police did not listen to his advice.

The police chief later learned what had happened and emphasized to Neary the importance of sharing the information with defense counsel. Neary did so, and also self-reported his conduct to lawyer ethics regulators.

The second count of the ethics complaint alleged Neary listened to an attorney-client conversation recorded in December 2012 at the Long Beach Police Department, near the Michigan border. Suspect John Larkin had agreed to speak with police, with his lawyer present, in exchange for being charged with voluntary manslaughter rather than murder.

During an 11-minute break in questioning, the suspect discussed defense strategy and other confidential matters with his lawyer. The recording system was not turned off. About a month later, Neary viewed the recorded interview that included the discussion during the break. Neary gave a copy of the recording to defense lawyer, but didn’t mention the recorded break discussion.

The defense lawyer then sought dismissal of the voluntary manslaughter charge based on the recording of the discussion. Neary’s unsealed response recited the contents of the break discussion and included the written transcript, along with a DVD. A judge sealed the information.

The state supreme court noted that both cases had led to appeals before trials. Neary’s conduct “fundamentally infringed on privileged attorney-client communications and, at an absolute minimum, has caused significant delays and evidentiary hurdles in the prosecutions of Taylor and Larkin, even assuming they still can be prosecuted at all,” the opinion said.

The court noted its opinion in the Taylor appeal that described the eavesdropping as “egregious,” “flagrant,” “unconscionable,” “shameful,” “abhorrent” and “reprehensible.”

“Nothing in the ‘more complete picture’ adduced during these disciplinary proceedings leads us to view [Neary’s] conduct with any less outrage or disapproval,” the court said.

The court said it decided on the suspension as it weighed the severity of Neary’s misconduct with mitigating factors that included a lack of prior discipline, the self-reporting of his conduct, and testimony about his good reputation.

“At the end of the day, these considerations persuade us that the door should not permanently be closed on respondent’s legal career,” the court said.

SOURCEABA Journal
ATTENTION READERS
Due to the nature of independent content, VT cannot guarantee content validity.
We ask you to Read Our Content Policy so a clear comprehension of VT's independent non-censored media is understood and given its proper place in the world of news, opinion and media.