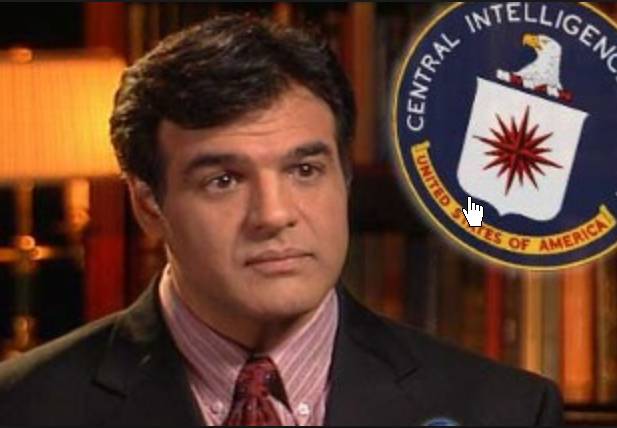 By Bill Willers for VT

“Every employee of the Central Intelligence Agency agrees to submit for clearance by the agency’s Publications Review Board any material he or she prepares for publication or other use in the public domain. This requirement extends to all former employees as well…..” ; “You never leave the CIA, not really.”  –John Kiriakou, 2010, in his book ‘The Reluctant Spy’

“The National Institute of Standards and Technology [NIST], however, found no evidence to support the theory that the building [WTC7] came down as a result of explosives.” – John Kiriakou, 2017, in his article for Truthdig, ‘How to Challenge Media Narratives Without Being Called a Conspiracy Theorist’

The juxtaposition of those two quotes might give anyone who has tracked NIST’s reporting on the collapse of World Trade Center Building 7 a moment to reflect.

“Whistleblowers” who risk career, prison – everything — to expose crimes of officialdom are admired by those who seek the truth of things. Former CIA agent John Kiriakou, who in 2007 became the first governmental official to confirm publicly that the US tortures by waterboarding, is such a person. In another, unrelated, incident, Kiriakou revealed in an interview the identity of a CIA undercover agent, a “mistake” for which he was sentenced in 2013 to 30 months in a low-security federal prison. However, he contends that the true reason for his sentence was his acknowledgement of waterboarding. Now a prominent whistleblower, Kiriakou has been honored with his portrait being added to Robert Shetterly’s Internet gallery of “People Who Tell The Truth”. He also has taken a position as a columnist for Truthdig, among the most trusted of online sources of progressive opinion and analysis.

When I read his August 12, 2017 article, “How to Challenge Media Narratives Without Being Called a Conspiracy Theorist”, it came as more than a mere surprise. Within this one brief article, Kiriakou wrote:

“I believed then — and I still believe — that Osama bin Laden and al-Qaida were behind the attacks. It wasn’t a ‘controlled detonation’ carried out by the Bush Family, the Rothschilds, the ‘Jews’, the Trilateral Commission, the Israeli government, the space aliens, or anybody else. It was al-Qaida.”

“Conspiracy theorists [ignore] the fact that hundreds of people on the highways around the Pentagon … watched the plane fly low over Washington Boulevard in Arlington, Va., and crash into the side of the Building.”

“Conspiracy theories are … simplistic and divide the world between light and dark, good and evil … often presented as ‘secret knowledge’ unknown and unappreciated by others.”

“Conspiracy theories were rampant that the CIA, the FBI, the New York Police Department, the New York Fire Department or other entities blew up the building through ‘controlled demolition’. The National Institute of Standards and Technology [NIST], however, found no evidence to support the theory that the building came down as a result of explosives.”

In all fairness, if one may scrutinize a president, e.g., Bush, or a famous pundit, e.g. Rush Limbaugh, without the prospect of being blacklisted, it is appropriate that someone seen as an icon by the “progressive left” (for lack of a better term) likewise be available for critical analysis. In this instance, it is naked fact that former CIA officer Kiriakou, in this brief article, has contradicted and put to doubt many key observations and conclusions by thousands of competent researchers, over the past 16 years, regarding 9/11. Why?

Like metallurgist Jonathon Kay, in the book ‘Among the Truthers’, Kiriakou claims some expertise in mass psychology as he lumps all conspiracy theories (i.e., non-official accounts), including the highly probable, into a single category of invalidity. Ironically, it is such pooling that is inherently simplistic.

The text of Kiriakou’s article bears no resemblance to the title, for there is no “how to” instruction for readers wanting to avoid the “conspiracy theorist” epithet. In fact, author’s depiction of all conspiracy theories as simplistic amounts to attack, and he insinuates that only the stupid would be at odds with his judgment: “Some Americans are not very bright. They’re easily influenced. They believe that the New York Times and the Washington Post, two eminent newspapers of record, are purveyors of fake news because the president says so.”  This is a classic ‘straw man’, set up to knock down easily, because the say-so of the President is irrelevant. In truth, the disreputable relationship between US media and official power, the CIA in particular, is legendary, documented and hardly denied (See here, heer, here, here and beyond).

NIST’s preposterous fabrication that office fires and falling debris caused WTC7 to descend symmetrically at free-fall speed is the cork in the bottle full of authorized lies. Public admission that the building had been prepared for demolition well before September 11 would cast such light that the rest of the official invention could no longer be suppressed. Considering the chaotic socio-political impact such an admission would generate, that single lie has had to be protected at all costs. No evidence of demolition was found because, as NIST admits, a search for such evidence was scrupulously avoided. This dereliction by NIST, with regard to WTC7, has been openly and widely discussed and derided by qualified engineers (who dared) for years. (Aside: As this is written, independent engineers are carrying out an analysis of the WTC7 collapse. The study is unfinished, but to date they have established that the possibility of office fires bringing down WTC7 is “zero”.)

In the foreword in his book, Kiriakou explains that “Every employee of the Central Intelligence Agency agrees to submit for clearance by the agency’s Publications Review Board any material he or she prepares for publication or other use in the public domain. This requirement extends to all former employees as well … This book went through several reviews by the CIA’s publications board …”. “Several reviews” indicates extensive editing. This being so, one must assume that all of his publications for Truthdig, or for anyone else, have been, and will continue to be, subjected to CIA scrutiny, editing and clearance.

In the epilogue of the book, Kiriakou acknowledges that “You never leave the CIA, not really.”

Bill Willers
Sturgeon Bay, WI
Bill Willers is emeritus professor of biology, University of Wisconsin-Oshkosh now living in Middleton, WI. He is founder of Superior Wilderness Action Network (SWAN) and editor of Learning to Listen to the Land and Unmanaged Landscapes, both from Island Press. He posts occasionally online at OpEdNews, Common Dreams, Counterpunch and Dissident Voice. (and for VT when he is censored by others)
ATTENTION READERS
Due to the nature of independent content, VT cannot guarantee content validity.
We ask you to Read Our Content Policy so a clear comprehension of VT's independent non-censored media is understood and given its proper place in the world of news, opinion and media.