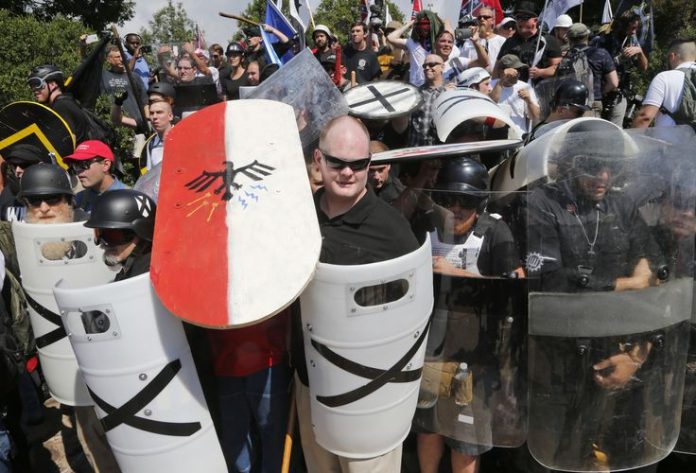 The processes taking place in the US and the European countries over the past 30 years have led to the economic, cultural and ideological decline of the West. It is now being pushed back by the central powers of the East, more precisely, China, which possesses great influence in Southeast Asia, and Russia, which unifies the Eurasian areas.

And while today, new political, social and economic structures are being created in Russia and China to improve public administration and living standards, Western powers proudly believe that they have long since formed an ideal system of government that can ensure the well-being of society within the framework of the notorious Western democracy.

Then how does one explain the evident economic downturn and the decline in the efficiency of state institutions, the financial speculation and excessive regulation, the reduction of private initiative in all spheres and the deterioration of the Western education system? That said, for many leading Western countries, enormous national debt remains a foremost concern as it cannot be paid off even by several decades of hard work of entire country populations.

All these processes were described in detail by one of the most influential Western historians of the XXI century, Niall Ferguson, in his book “The Great Degeneration: How Institutions Decay and Economies Die”, published in 2014. According to him, a great economic collapse awaits the yet unborn future generations, who will have to pay the loans of their fathers and grandfathers. In the words of the author, “The Great Recession is merely a symptom of a more profound Great Degeneration.”

The world’s leading media have recently been reporting the decline of economic, social and political efficiency in the US and Europe. For instance, famous economist and publicist Paul Krugman analyses the failures of President Donald Trump’s domestic and foreign policy. And there are many. The US withdrawal from the Trans-Pacific Partnership and the Paris Agreement on Climate evoked a negative international response. Trump’s battle with immigrants left almost 1 million people unemployed (more precisely, drove them into the underground economy, depriving the country of tax revenues). The $100 billion-plus arms deals have brought a certain amount of profit to the US, yet did it no honor. The deals were struck with Saudi Arabia, Japan and South Korea, the latter ready to take up arms due to tense relations with the DPRK, which Trump himself had exacerbated.

With Trump’s efforts, the US economy grew by 3% during the course of 2017, but the country’s annual expenditures still exceed revenues. This isn’t surprising, considering what the profits are spent on. For example, in September 2017, the US Senate approved an unprecedented military budget of $ 700 billion, which is $100 higher than last year’s. This figure is worth about 40% of world military expenditures and is equal to the sum of the defense budgets of almost 14 leading world powers, making America the number one military power. Yet while the US government increases its military budget, at the same time, it reduces social welfare payments for its citizens (this speaks of Trump’s desire to cancel Obamacare’s health insurance, Medicaid and a number of other benefits for the poor).

On the one hand, Trump tries to create jobs in America, but does so through a policy of protectionism which negatively affects world trade in general. On the other hand, in September 2017, the US president signed a bill raising the federal borrowing limit, which is already $ 20 trillion and is the highest in the history of mankind.

Then again, the second largest public debt in the world was accumulated by the countries of the EU and is at $ 18 trillion. This stems from the so-called fifth enlargement of the EU in 2004 through the accession of the following economically weak countries: The Czech Republic, Hungary, Poland, Slovakia, Slovenia, Estonia, Latvia, Lithuania, Cyprus and Malta. Then, in 2008, the Great Recession originated in the US and spread worldwide. As a result, “The weakest economies—Greece, Spain, Portugal, Italy, and Ireland—faced staggering public debt, anemic growth, and high unemployment, but they did not have the monetary policy tools at their disposal that come from controlling your own currency,” Hillary Clinton wrote in her book, Hard Choices, published in 2014.(p. 1378-9) She was also “worried that too much austerity in Europe would slow growth even further, making it harder for [these countries] and the rest of the world to climb out of the hole.” Nevertheless, she did not criticize the policy of President Barack Obama who “responded to the recession by pushing an aggressive investment program through Congress to get growth going again, while working to reduce the national debt over the long term.”

However, it is quite obvious that the austerity policy of the EU and the US policy of raising national debt to stimulate the economy both fail to yield positive results.

The errors of the West can easily be examined with the help of the analysis of the relations between the EU and Great Britain in 2004-2007. Back then, Britain’s public debt was about 40% of GDP, and reached almost 90% of GDP in 2017. An attempt to save the sinking economy led London to a difficult decision to follow through with Brexit in 2016-2017. This situation arose due to the fact that, after the fifth enlargement of the EU, Brussels decided to redistribute resources between the rich and the poor countries. As a result, since 2011, the UK’s national industry has all but collapsed. As a commenter on the article in the magazine The Sun pointed out in June 2016, the UK had transferred almost all of its production to Poland (Cadbury), Slovakia (Jaguar Land Rover), Spain (Ajax), Malaysia (Dyson), Turkey (Ford Transit) and other countries. Following this, the UK economy became largely dependent on the growth of property prices due to mass purchases of housing by immigrants; over the past eight years, prices have risen by 50%. In the sphere of education, prices have also increased due to the heightened demand from foreign students. Thus, many British citizens can no longer afford to buy housing or pay for their children’s higher education. In addition to everything, in 2017, the national debt of Great Britain hit a record $ 7 trillion.

Then again, London, having made such mistakes, expects to work more closely with the United States after Brexit. However, considering that the US dollar will lose its position to the Chinese yuan in the world market by at least 30% in the near future, this cooperation is unlikely to fulfil the hopes of the UK to improve its economy.

Therefore, we can conclude that the economic, political and ideological systems of the West are currently in crisis. The growth of national debts along with the increase of the Gini coefficient (the gap between the rich and poor segments of society) indicates the need for fundamental reforms in the above-mentioned spheres. Otherwise, the great achievements of the West, so highly valued in the past, will soon lose their relevance and give way to new structural transformations coming from the East.

Sofia Pale, PhD, Research Fellow of the Center for South-East Asia, Australia and Oceania of the Institute of Oriental Studies of the Russian Academy of Sciences, exclusively for the online magazine – “New Eastern Outlook.”
https://journal-neo.org/2017/11/04/the-great-degeneration-of-the-west-where-do-wrong-decisions-lead/