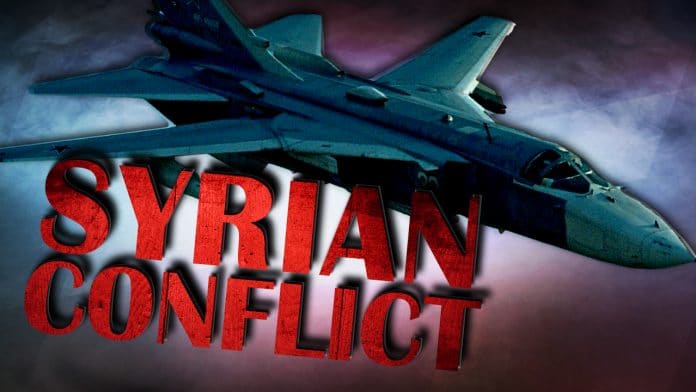 The liberation of al-Bukamal become another turning point marking the start of a new phase in the Syrian conflict. ISIS has lost all important cities, which it used to control in Syria, thus becoming just a terrorist group rather than a terrorist state.

The terrorist group still controls some villages in an area between al-Bukamal and Deir Ezzor, a part of the border between Syria and Iraq, a part of the Yarmouk Refugee Camp in Damascus and a chunk of territory near the Israeli-occupied Golan Heights.

Many ISIS members are now fleeing the country in an attempt to reach safe havens around the world. The remaining terrorists will be involved in a guerilla war against the Syrian government and US-backed forces.

Now, Syria could be divided into 7 sectors controlled by various parties:

Clashes of various intensity between the SAA and HTS have been ongoing in northern and northeastern Hama since October. This clearly shows that the Idlib de-escalation agreement is not working and creates HTS positions in the area, which will be an obvious target for the expected SAA operation after ISIS is driven out from the rest of villages in the Euphrates Valley. According to pro-government sources, the SAA has already started redeploying elite units from Deir Ezzor to Hama.

Experts believe that the mid-term SAA goal there is to further expand buffer zone along the Ithriyah-Khanaser-Aleppo highway and to liberate Abu ad-Duhur. This will allow to shorten frontline and increase a concentration of troops and equipment on the contact line when the so-called opposition decides that it’s time to negotiate.

Another possible hot point is Daraa. Local militants will resume their military activity in the city if they see that their Idlib counterparts have become a target of a large-scale SAA operation.

Now, Russia, the US, Turkey, Iran and Syria are increasing their diplomatic activity in order to find a way, which could allow work to start on developing a final political settlement of the crisis. They all have objective limits to their influence on the ground and some contradictory goals. This complicates the situation, especially amid a lack of strategic vision from the US which, according even to American experts, has no long-term strategy for Syria. The US elites and their Israeli and Saudi counterparts are especially dissatisfied with the strengthened position of Hezbollah and Iran.

If the sides are not able to find common ground in the nearest future, the conflict may easily give rise to a new round of violence.