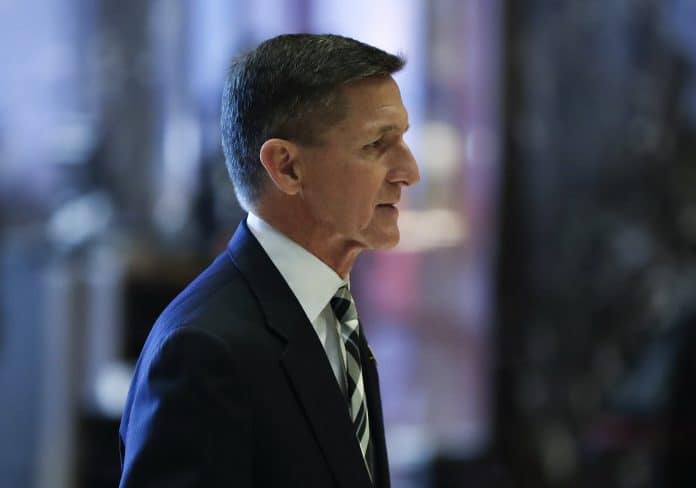 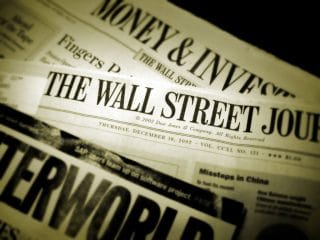 [ Editor’s Note: VT beat the Wall Street Journal on this story, and everybody else really, about Flynn being “in play”, where senior retired generals and top security people have become more aggressive at cashing in on their government service.

Part of what has contributed to this sad state of affairs are the many examples of those before them who have done this with no problems, and raking in the big money. It unfortunately has become a right of passage, where they begin thinking about what they know, or what insider skills they have that can be sold on the open market when they “retire”. Fortunately, not all are of this mindset.

In the old days, retiring top military people would be looking at doubling their retirement income with some part-time work on the side. Then, a half million was the brass ring, accumulated from a variety of sources, such as a half dozen corporate board memberships at $25k a year, and then $50k for them later on.

Then, add in $100k per year from speaking engagements and you are left with lots of time for golf and enjoying a well-earned retirement. A half million per year was lot of money, even in the late 1980’s.

The million-dollar level required more work, like “ongoing” consulting. And then it went into the multi-million range, where retired government people began to feel they should be living at the level of the big industrialists. This had a hugely corrupting influence on the high military command and even security ranks, as they all began thinking about what “services” would be in demand when they left – what kinds of information would be most valuable to have to sell.

And last, you have the evolution of the deferred bribe seduction, where you could earn money on the deferred compensation program, selling information, doing favors while still with the government, but not getting paid until you left. This included Congresscritters also.

That is the sad reality of where we are today, with Flynn being so reckless as to bring his son into it. He should have known better. He could have called us so we could say NEVER bring your family into it.

Trump has brought his kids and Kushner in, having some kind of a Neo Joe-Kennedy orgasmic dream. The shoehorning his daughter into a grooming process to run for office is obvious to all. The “seeding” is already in play that she could be president some day.

These are not people that serve, but ones that serve themselves. But that said, they have lots of company in Washington, DC. To all of you stupid political people out there – Your families are off limits as long as you don’t bring them in on the looting. Once you do, they are fair game, and they will be… Jim W. Dean ]

The alleged plot to remove Gulen was first revealed by the Journal in March 2017, citing former CIA director James Woolsey.

Woolsey told the newspaper that he attended a meeting in a hotel room in New York City last December where Flynn discussed “a covert step in the dead of night to whisk this guy away.”

Friday’s report describes a second meeting the same month involving Flynn at a New York City restaurant. It was at this encounter that the $15 million payment was discussed.

The Turkish government accuses Gulen, who lives in the US state of Pennsylvania, of being behind last year’s failed coup in Turkey.

Flynn was forced to resign after misleading the White House about a meeting with the former Russian ambassador to Washington, Sergey Kislyak, before Trump took office in January.

The new report is the latest of a string of allegations facing Flynn, a retired general and former head of the Defense Intelligence Agency (DIA) at the Pentagon. The matter is said to have emerged in a US Justice Department investigation into alleged Russian interference in last year’s US presidential election.

Mueller is now reported to have gathered sufficient evidence to bring charges against Flynn and his son, which would bring his investigation another leap closer to Trump.

American intelligence agencies claim that Russia interfered last year in the US presidential election to try to help Trump, who was then the Republican Party’s presidential candidate, defeat Democratic nominee Hillary Clinton.