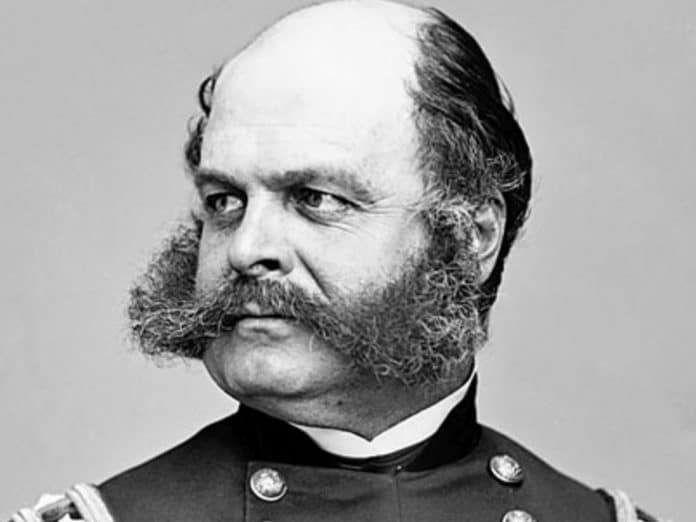 On this day 14th day of November in 1862, President Abraham Lincoln approves of General Ambrose Burnside’s plan to capture the Confederate capital at Richmond, Virginia.

This was an ill-fated move, as it led to the disastrous Battle of Fredericksburg in Virginiain December 1862, in which the Army of the Potomac was dealt one of its worst defeats at the hands of Confederate General Robert E. Lee’s Army of Northern Virginia.

Lincoln approved Burnside’s plan just five days after Burnside assumed command of the army. The general had replaced George McClellan, who led the force for more than a year. McClellan’s tenure was marked by sharp disagreements with the administration and sluggishness in the field.

Although McClellan was successful against Lee at the Battle of Antietam in Maryland on September 17, 1862, Lincoln removed him from command because of McClellan’s reluctance to attack the Confederate army in Virginia.

After McClellan was removed, Burnside stepped up to take his shot at Lee. His plan called for the Army of the Potomac to move some 40 miles to Fredericksburg on the Rappahannock River.

From there, his troops would advance south to the Confederate capital of Richmond. Lincoln appreciated the fact that Burnside’s plan protected Washington, D.C. In spring 1862, McClellan had sailed the army down the Chesapeake Bay and landed it on the James Peninsula for an attempt on Richmond, a move that left the Union capital dangerously exposed.

However, Lincoln and general in chief Henry Halleck were concerned that Burnside was focused solely on capturing Richmond; they believed that the goal should be to destroy Lee’s army. However, Burnside’s plan was an improvement over McClellan’s operations.

Lincoln approved the plan but warned Burnside that action needed to be taken quickly. By early December, Burnside had the army in motion. When the Yankees reached Fredericksburg, however, they experienced delays in crossing the Rappahannock, which allowed Lee to move his forces into place above the city.

On December 13, Burnside made a series of doomed attacks and the Army of the Potomac suffered one of the most costly and demoralizing defeats of the war.