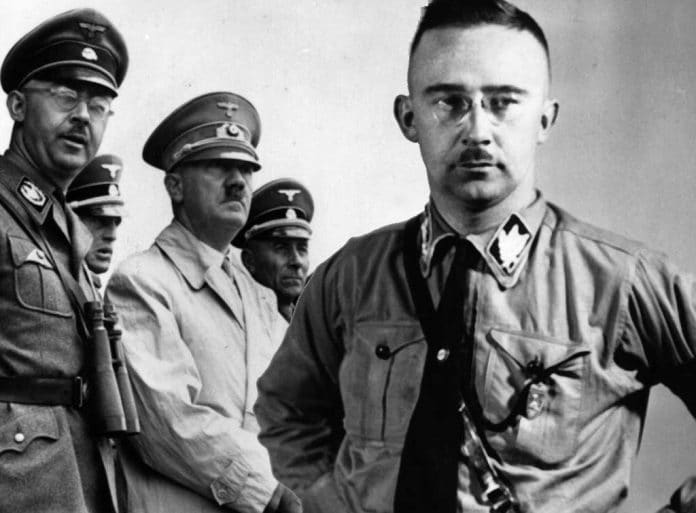 On this 15th day of November in 1943, Heinrich Himmler makes public an order that Gypsies and those of mixed Gypsy blood are to be put on “the same level as Jews and placed in concentration camps.”

Himmler was determined to prosecute Nazism racial policies, which dictated the elimination from Germany and German-controlled territories all races deemed “inferior,” as well as “asocial” types, such as hardcore criminals.

Gypsies fell into both categories according to the thinking of Nazi ideologues and had been executed in droves both in Poland and the Soviet Union. The order of November 15 was merely a more comprehensive program, as it included the deportation to Auschwitz of Gypsies already in labor camps.

That Himmler would promulgate such a program should come as no surprise to anyone familiar with his resume.

As head of the Waffen-Schutzstaffel (“Armed Black Shirts”), the SS, the military arm of the Nazi Party, and assistant chief of the Gestapo (the secret police), Himmler was able over time to consolidate control over all police forces of the Reich.

This power grab would prove highly effective in carrying out the Fuhrer’s Final Solution. It was Himmler who organized the creation of death camps throughout Eastern Europe and the creation of a pool of slave laborers.