Editor’s note:  Back in 2009, I met Imran Khan during a tour of Pakistan’s defense challenges, sponsored by their ISPR along with Raja Mugtaba, VT editor (deceased) and author Jeff Gates.  Khan and I became fast friends.g

Russia Today: Imran Khan knows that Pakistan desperately needs reform. Should he win the next election, his rise might not just change Pakistan, it may shake up the whole region.

A quarter of a century ago, Imran Khan was one of the greatest and most charismatic sportsmen in the world. He had just led the Pakistan cricket team to their momentous first victory in the Cricket World Cup, converting himself into a national hero in the process.

Khan retired from cricket, and let it be known that he was set on pursuing a second career as a national politician. However, for many years Imran Khan’s political career was a litany of humiliating defeats and failure.

Most observers wrote him off completely.

Then, in the 2013 elections, Khan’s political party, the PTI (Movement for Justice) made a major breakthrough. It polled strongly among young and middle-class voters in Pakistan’s major cities and in Khyber Pakhtunkhwa (formerly North West Frontier Province). It has been the dominant party in that province’s government for the last five years.

Progress has continued. Mr Khan has a genuine chance of becoming prime minister after the General Election scheduled to be held next year. 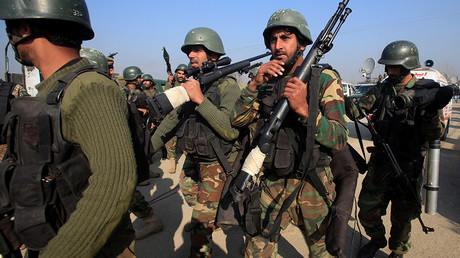 It’s time to take him seriously as a front rank politician. And this means asking the question: what kind of a prime minister will Imran Khan be? In which direction will he steer Pakistan? Has he got the authority to do the job?

I will deal first with domestic policy. Imran Khan has positioned himself as a man of deep integrity, intent on ending the corrupt and rapacious culture which has held his country back for the last half century.

Two political parties have dominated Pakistan during this period. One is the PPP (Pakistan People’s Party), formed by Zulfiqar Ali Bhutto in 1967, which has its power base in Sindh province in southern Pakistan. The second is PMLN (Pakistan Muslim League Nawaz) which dominates Pakistan’s second largest province, the Punjab. Both parties have become associated over the years with grotesque levels of political corruption.

Since the start of his political career, Imran Khan has been utterly consistent in treating these two parties as a cartel intent on plundering the assets of the state for their own advantage. To start with Imran has found it very hard to make headway against the entrenched power block. But factors have suddenly swung dramatically in his favor. 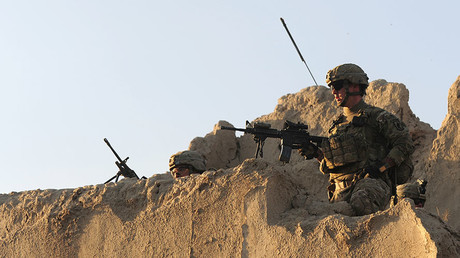 Pakistan fires back at US, asks not to be made ‘scapegoat’ for Afghan failures

In the south, the Pakistan People’s Party has collapsed. It has never found a satisfactory replacement for Benazir Bhutto, who was cruelly murdered in mysterious circumstances in the garrison city of Rawalpindi ten years ago next month.

She was replaced by her husband, Asif Ali Zardari. Elected president in a sympathy vote, Zardari left office with a reputation for corruption from which the party has found it impossible to recover.

Meanwhile, the Muslim League is also mired in corruption scandals. PMLN leader, Nawaz Sharif, has been declared disqualified from public office on account of forgery and lying on oath, in the wake of the ‘Panama Papers’ revelations. Other charges hover around his family.

The situation is so serious that the PMLN cannot even agree who will lead it into the forthcoming elections. With both major parties crippled by scandal, the time will never be more favorable for the emergence of a new figure on a mission to clean up Pakistan politics.

Imran Khan will fight on that anti-corruption agenda next year, and this will make him a very credible figure on the domestic front. In Khyber Pakhtunkhwa, his party has won credit for honesty in government and for progress in education. 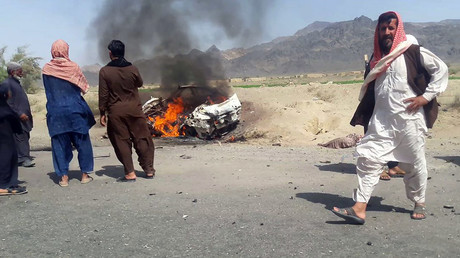 I now turn to foreign policy. Here events are also conspiring to help Imran Khan in his tilt for the leadership of his country. For the last 20 years, Khan has campaigned against the power exercised by the United States in Pakistan politics. He has campaigned tirelessly against the murderous use of drones in the Tribal Areas and opposed the CIA’s involvement in extraordinary rendition and torture of Pakistan citizens.

This strong moral stance is now paying off. Just as with his domestic anti-corruption campaign, the mood of the country is on his side.

Pakistan was for decades the most important client state of the United States in South Asia. Recently, the US has changed sides and has thrown its weight behind India. This means that Pakistan – whether it wants to or not – is switching sides as well.

Its ties with neighboring China, always strong, have deepened profoundly. There is a risk that Pakistan will have traded one dependent relationship for another – but most Pakistanis seem willing to take it.

To sum up, on the international as well as the domestic front, Imran’s analysis has proved timely and wise.

That is why I believe Imran Khan can be the beneficiary of a massive change of sentiment in the upcoming elections. And if he wins power, Khan is capable of proving his country’s most charismatic international leader since Bhutto.

This means that through sheer force of personality Imran Khan can transform Pakistan’s standing in the world.

The two most recent leaders, Zardari and Sharif, have lacked any charisma. They have never attempted to project Pakistan internationally. They have never explained what their country stood for.

They have given the impression that they take too much interest in striking selfish deals for personal advantage. Imran can transcend all of this.

But one ferocious obstacle stands in Imran’s way. Can he break the grip which the Sharifs and the Bhuttos maintain over Pakistan’s electoral politics?

In the rural areas, elections are not won and lost on the arguments or even the party leaders. They depend on who strikes the best deal with local notables who can deliver the vote.

Five years ago Imran refused to strike the deals. This time around he is doing so. Significantly, local notables are starting to abandon the Sharifs.

This pragmatism makes it easier for him to win the election. But it makes it much more difficult to keep his promises against corruption once the election is won. His other major problem in office will be to establish a relationship with the army – always a major force in Pakistan politics behind the scenes.

These are problems for the future. For the time being the rise of Imran Khan is the most hopeful moment in his country’s democratic policies in half a century. He may win a mandate for the reforms Pakistan desperately needs.

Peter Oborne has worked for the Evening Standard, Daily Express, The Daily Telegraph, Daily Mail and The Spectator. And also written acclaimed books, including The Triumph of the Political Class and A Dangerous Delusion: Why the Iranian Nuclear Threat is a Myth, among others.