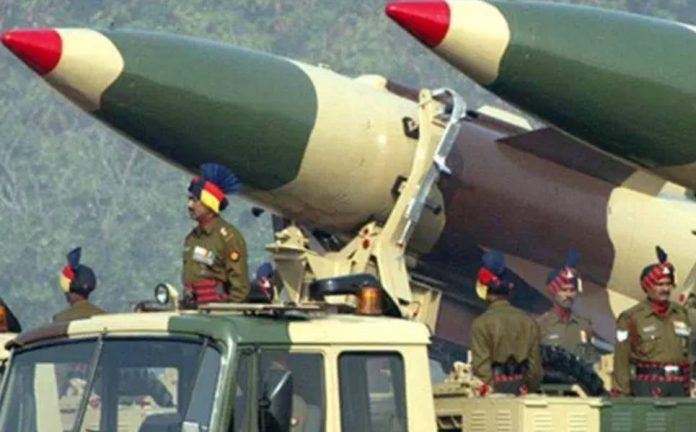 No Indian leader has reconciled with the existence of Pakistan. Unresolved Kashmir dispute has kept the two neighbors at loggerheads. The animus between the two archrivals spiraled when Narendar Modi took over power in India in June 2014. He has all along pursued a highly truculent and bullying policy and has missed no opportunity to express his hostility against Pakistan. He proudly crowed in Dhaka in 2015 that India had played a key role in dividing Pakistan and creating Bangladesh in 1971. He is on record having stated that he will make Pakistan’s agricultural lands infertile by closing the three rivers feeding Pakistan’s water needs. He also said that people of Baluchistan, Gilgit-Baltistan and Azad Kashmir are on board with India and that Pakistan will be splintered into four parts.

In its bid to diplomatically isolate Pakistan, India has spoilt Afghanistan’s relations with Pakistan, injected misgivings in the minds of US, Iranian and GCC States leadership against Pakistan and is now trying hard to strain Russia-China and China-Pakistan relations.

Indian senior ministers, national security adviser Ajit Doval and armed forces chiefs have off and on hurled threats against Pakistan. Recently, Indian air-force chief threatened to attack and destroy Pakistan’s nuclear facilities, while Indian army chief threatened to carry out surgical strikes and initiate a limited war.  Threat of limited war is made in context with India’s Cold Start doctrine. The Line of Control (LoC) and working boundary in Kashmir sector have been constantly bombarded by Indian forces without any provocation. Low intensity conflict along the LoC is a supplement to the covert war that had been initiated in 2004 in FATA and Baluchistan and it was later spread to other parts of Pakistan to destabilize Pakistan politically and economically.

In an effort to overawe Pakistan and force it to accept India as the policeman of South Asia, Modi is making frenetic efforts to expand and modernize conventional capacity Indian armed forces as well as upgrade missile and nuclear prowess. India has however kept its nuclear program under the veil of secrecy.

Other than Modi’s intrinsic pathological hatred for the Indian Muslims and Pakistan, and internal unrest on account of his poor performance and declining popularity, the other reason of India’s bellicosity is the volatile situation in Indian Occupied Kashmir (IOK) in the aftermath of martyrdom of a popular freedom fighter Burhan Wani in July 2016. Record breaking atrocities committed by 7.5 lacs Indian forces have failed to subdue the spirit of freedom movement in IOK. Children and women have joined the movement and undaunted by the terrorism perpetrated by gun totting soldiers, people of IOK keep chanting slogans of Azadi (liberty) and demand grant of right of self-determination as promised by the UN in 1948. Their revulsion against India as well as love for Pakistan has touched new heights. Pakistani flags are seen on rooftops of every house and chants of ‘Pakistan Zindabad’ resound in the Vale of Kashmir.

Not knowing how to suppress the Kashmiris, India is futilely trying to conceal its human rights abuses and state terrorism by blaming Pakistan for materially supporting the freedom fighters whom they brand as terrorists and Pakistan as a terror abetting state. To give vent to their frustration, almost daily firing and shelling is resorted to across the LoC in complete violation of 2003 peace agreement. Several false flag operations were carried out in addition to a fake surgical strike and drone intrusion on two occasions. Each and every provocative act is responded by Pak forces resolutely. This exchange of fire and artillery/mortar duels between two nuclear armed neighbors is a dangerous gameplay and could lead to a war with nuclear overtones.

While adopting a highly aggressive posture against Pakistan and IOK, and feverishly collecting latest state-of-art weapon systems and technology from USA, Israel and western countries, Modi is hypocritically trying to impress the world that he is peace loving and Pakistan is an aggressor. His peace mantra is aimed at throwing wool in the eyes of the world to be able to pursue his nefarious agenda of fragmenting Pakistan. Sensing that Russia is drifting towards Pakistan, Modi in his bid to revive old relationship visited Moscow in June 2017. $ 10 billion agreements including $ 6 billion worth SA-400 air defence system and installation of six nuclear plants were signed. It is a clear sign that both USA and Russia are helping India in getting laced with sophisticated conventional and nuclear weapons so that it can become the policeman of this region and then accomplish its age-old dream of Akhand Bharat.

India had embarked upon nuclear program in August 1974 by carrying out first nuclear test at Pokhran secretly with the help of Canada supplied nuclear fissile material and named it as ‘Smiling Buddha’. The world powers took no notice of this belligerent act thereby encouraging India to continue developing its nuclear program covertly. It impelled ZA Bhutto to lay the foundation of nuclear plant at Kahuta. India next carried out five nuclear tests in May 1998 which forced Pakistan to give a tit for tat response.

Obsessed with the idea of making India a bulwark and a counterweight against China, the US has been constantly bolstering the conventional military capacity of India. Indo-US civil nuclear deal was signed to boost India’s nuclear capacity. On the urging of USA, various nuclear suppliers signed the nuclear cooperation agreements with India, on condition of peaceful use of nuclear material. It is a known fact that the material provided by these countries is being used again in weapons for the Indian military expansion doctrine. Today where India stands is because of the US and the waiver it received in the form of civil nuclear deal.

The US now wants to give India the membership of NSG to enable India to match China’s nuclear strength. It is bound to instigate nuclear disparity and inclusion without provable and dependable measures, irrevocably extinguishing the international customs of nuclear nonproliferation, instead of strengthening it.

Fortified by the civil nuclear deal in 2008 and access to Nuclear Suppliers Group (NSG), and an arms contract worth $15 billion with USA, India is now secretly building a nuclear city at Chalakre in Karnataka State. This project will be the subcontinent’s largest military-run complex of nuclear centrifuges, atomic-research laboratories, and weapons-and aircraft-testing facilities.

The under construction nuclear city will be completed by end 2017 and will store fissile material and enriched uranium in large quantities. It will be used for supplying nuclear fuel to all its Nuclear Reactors and for making a new nuclear submarines harbor. The submarine harbor will have 12 submarines of which Arahant is functional and one is under construction. For Arahant submarine, only 30% enriched uranium and 143 pounds uranium is required. The nuclear city is also producing a thermonuclear hydrogen bomb. Once this bomb is produced, India will stand in line with USA, Russia, China, Israel, France and UK.

Uranium is also being stocked at another secret location close to Mysore called “Rare Material Plant”, which is 160 miles away from Chalakre Plant and is functional for the last 4 years. India is importing uranium from Russia, France and Kazakhstan. It has agreements with Canada, Argentina, Mongolia, Namibia and Mongolia. In September 2014, India had signed an agreement with Australia based on which the latter is bound to supply uranium on long-term basis.

Reportedly, India has acquired the capacity to produce 362 pounds of weapon grade uranium, which is sufficient for making 22 hydrogen bombs. India is bracing itself to ape North Korea and be in a position to threaten and blackmail China.

Research carried at the Belfer Centre for Science and International Affairs (BCSI) by Dr. Mansoor Ahmed has shown how India is expanding its unsafeguarded nuclear power program in a three-stage plan. The study postulates India is already working to install more than five fast breeder reactors which will increase its weapons-grade plutonium production capacity by 20 times to 700 kg every year. This capacity is going to produce excess amount of fissile material, other than required for fueling the breeder and naval reactors programs.

Similarly, expansion in its centrifuge enrichment program will enable it to increase production of highly enriched uranium for nuclear weapons to 160 kg every year. With such an amount of weapons-grade material, India can anytime produce approximately 80 to 90 plutonium-based and 7 to 8 uranium-based nuclear weapons every year. India can produce over 2,600 weapons, while Pakistan can only produce 207. This research fully describes the potential of Indian vertical nuclear proliferation and threat perception associated with unsafeguarded nuclear fuel cycle.

India therefore has the fastest growing nuclear program outside safeguards among any other non-NPT nuclear states. Over the next decade, India will be able to supersede China, France and the UK in nuclear weapons capability to become the third behind the US and Russia.

Several Indian analysts and policymakers are of the view that India needs a strategic force of over 300-400 nuclear weapons. So, New Delhi has deliberately kept its fast breeder reactors, and a large part of its so-called civil nuclear program out of the safeguards and monitoring of the International Atomic Energy Agency (IAEA). India will seek to produce many more nuclear warheads without IAEA monitoring, in order to acquire the policy of full nuclear triad.

Dr. Bharat Karnad, a security expert at the Centre for Policy Research, believes that India has weapons grade plutonium in its possession, which now needs to be reprocessed. Several segments in India are also in favor of switching the nuclear posture to comprehensive nuclear first strike. Such developments have increased the threat perception in Islamabad, because a large chunk of the new Indian military doctrine is Pakistan centric.

BCSI study has exploded the myth that Pakistan has the world’s fastest growing nuclear weapons program. Factually, India has paced up the construction and planning of nuclear facilities to stockpile the weapons-grade material for later use in military modernization programs.