Home Investigations NSA Gutted, Turned, Shadowbrokers Destroys US Intel Capability
Share
Twitter
Pinterest
WhatsApp
Linkedin
ReddIt
Email
Print
Tumblr
Digg
Editor’s note:  The press is blaming Russia but the truth is that the NSA thought it was cute to hire hackers, just like on TV.  Problem is, such people aren’t always so friggin’ nice, like on TV.  The NSA has never been part of the real world, a nerd fantasy playground that has long abused its authority.
–
Now it is proven that the NSA’s spyware is in private hands, being used as ransomware and malware across the internet.
–
Simultaneously, America’s friends, who have long been spied on by the NSA, are cleaning the spyware out of their systems and have learned a lesson.  Do not trust the United States.  And so it goes…. Gordon
– 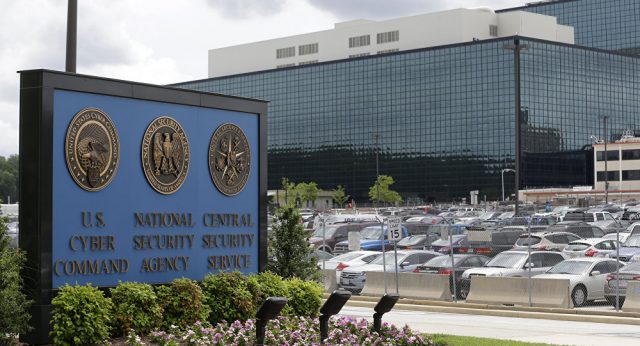 The NSA was dealt a severe blow by a massive infiltration that resulted in the theft of cyber-weapons by unidentified hackers, calling into question its value to US national security. And as Matthew Hickey, director of the Hacker House, told Radio Sputnik, this development puts the country’s intelligence capacity in “quite a negative light.”

Radio Sputnik: What perspective did the revelations put the NSA and the entire US intelligence community, Matthew?

Matthew Hickey: To be fair, the current disclosure from the Shadow Brokers and from the article in the New York Times, it puts the intelligence capacity of the United States in quite a negative light, it terms of them developing cyber munitions and implant technology to break into computer systems around the world with what appears to be little regard for collateral damage and the security of the systems they’ve been breaching. It doesn’t paint them in a particularly good light, unfortunately.

Radio Sputnik: And now officials say that the revelations call into question the NSA’s value to national security. Do you believe they could lead to the closure of the agency or just a total transformation and getting the whole thing reformed altogether?

I do believe that these leaks, and other leaks before it, certainly lead to an argument about the requirement for us to have intelligence agencies that can access information and computers all around the world, and reviewing the procedures and policies that we have in place with those agencies to ensure that information is not being misused or stolen. It certainly does call for reform, it gives a strong weight to the need for perhaps reforming the agencies or disbanding them and starting new ones.READ MORE: US National Security Agency Reportedly in Jeopardy After Its Cyberweapons Stolen

Radio Sputnik: Many experts believe that the recent wave of ransomware attacks was staged with the use of the leaked NSA codes. Do you think that more is still to come, do you think there’s still somewhere out there in the global audience that infects systems, programs and proxies, and how can this be addressed?

Matthew Hickey: Actually, we’re seeing ransomware and worm-like programs already taking advantage of the NSA cache, and there are certainly other weaknesses in that cache that can be used in a similar way. You know, computer criminals are going to be exploiting this information at least for the foreseeable future while people begin to patch their systems.

And also, they (hackers) have effectively released blueprints on how to build your own cyber-capabilities for espionage purposes, so people will make new versions of these attacks, they will look for new variants… We’ve seen the worst of the initial outbreak, but there’s certainly the potential for more to happen. And as we still don’t yet know all of the information that has been stolen by the Shadow Brokers, there may be further attacks to follow that could be just as damaging.