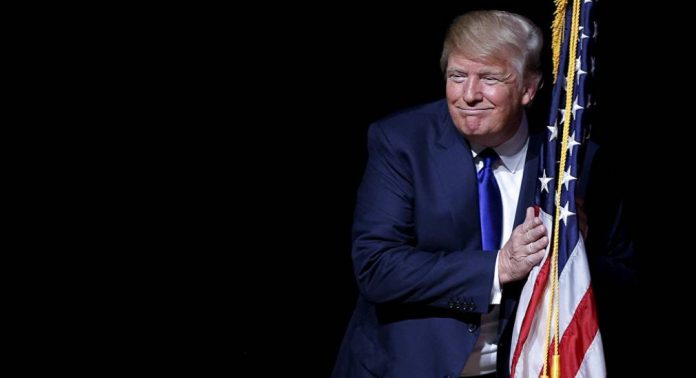 Sputnik News/Moscow: In a world where “fake news” stifles truth, we must search for beacons of pragmatism, for real leadership and stability.

The world is at a turning point. Most people can sense it. A new president is either assailed or heaped praise upon in Washington. In Europe over a decade of left-leaning globalist doctrine has failed the citizens. Now the balance of things is tipping dramatically, and such drama is not typical of smooth democratic systems. What can “we the people” expect in the days and weeks to come? Unfortunately, we have no answers, only clues. Here are more of those.

I supported Donald Trump for president, reluctantly at first, and then more vehemently as WikiLeaks and other catalysts utterly condemned Hillary Clinton as criminal. President Trump is a fascinating individual, much more the enigma than I at first thought. A “loose cannon” as president was in fact what many Americans saw as a way to reset a broken national identity. Or at least this was my initial idea of a Trump presidency.

But Trump has made some wrong moves already, and this adds to the uneasy feeling even his most fervent supporters feel.

The Dakota pipeline thing, that seemingly urgent move tested my belief system, I will tell you. More recently, the turnabout on Russia and Crimea has twisted Trump’s support base some too. The point here is, most people do not really know what to believe or to think anymore. We are left at “maybe”, thinking this is a chance byproduct of “Fake News”, or either some Machiavellian plot to destroy order?

Even our most intelligent and patriotic people are confused and worried accordingly. Those who would as soon commit Seppuku than lie, they use the fragmented intelligence and information at their disposal to make some sense of this senseless political environment we live under. I was reading a fascinating report by VT Senior Editor, Gordon Duff some time back. With the US intelligence community so apparently against President Trump, the former Vietnam combat Marine lays out impactfully the highly flammable situation in Washington. Duff says the CIA and other military and intelligence agencies may have already committed a kind of “soft coup” against the new American leader. For my part, I am only convinced of the “intent” to do so, which is entirely enough for all Americans to be fearful.Has Donald Trump been stripped of his presidency already? The insinuation this is even possible is our problem. This is the crux of our civil stress, the essence of our greatest fears, and the reason honorable men like Duff theorize worst cases. In the VT editor’s opinion, Trump is a kind of “good cop” puppet on the string of the Israelis. And this is not a ridiculous assertion given the huge smile on Benjamin “Bibi” Netanyahu’s face when he and President Trump did a joint press conference. In this climate of “fake news” and sensationalism, all we have to go on is instinct, and my sense of Netanyahu with Trump is, the Cheshire Cat grin says it all. But Israel and its MAJOR role in all this world mess is another story. Netanyahu has his own political upheaval going on over alleged abuses of office. Perhaps there’s a globalist elite shakeup there too? Still, we are left wondering.

In Europe, the entrenched globalists are on defense and trying to go on offense. Trump’s assertions that NATO and other mechanisms are “obsolete” is having the same global effect as his domestic assertions on immigrant and other policies. With nationalism versus “Cosmopolitanism” in tight focus, Germany’s Merkel and the Brussels “stew pot” are now boiling to regain their footing. In an unprecedented moment at the recent Munich Security Summit, neocon Senator John McCain played the hawkish new order cheerleader. McCain said the Trump White House is in “disarray”, and then proceeded to shore up the military industrialist defense ministers at #MSC2017. Make no mistake about it, we live in a time when the purveyors of war and chaos meet out in the open. What could be more unsettling and less reassuring, than having a chilling nation killer like John McCain come to your town? Again, we have no one offering any real reassurance. McCain and the others act as if they have been champions of the people when in reality their arrogance and confidence is because of the “real” success – the deterioration of real freedom. Democracy has been ruined, run into the ground, and this was their mission.The point of this report is to call attention to our collective disarray. What can we depend on? Who is there to trust in besides God almighty? The news is almost all propaganda or “fake”, as Mr. Trump so vehemently points out. If the press cannot be trusted at all, then who can we believe? And in this uncertainty lies the most fiendish potential. President Trump engages the people directly, or in person. On Facebook, the new president bypasses CNN and the other corporate sellouts. Trump told supporters at a rally in Florida recently:

“I also want to speak to you without the filter of the fake news. The dishonest media which has published one false story after another with no sources, even though they pretend to have them, they make them up in many cases. We will not let the fake news tell us how to live or what to believe. We are free and independent people, and we will make our own choices. We are here today to speak the truth, the whole truth and nothing but the truth.”

This is the apex of the turning point I spoke of. If we cannot believe our media if no voice can be trusted, then who can we believe? This is a momentous and critical stage of human civilization. A US president may be the only voice of truth in the western world. But what if he is not? What if this choice is a familiar one? What if the globalists set another game in place, having failed their citizens at every turn? What Gordon Duff said of our country; if it is as “treasonous and criminal” it appears, then “there is little left to save”.  This is not just true of America but of the whole system of world governments.

In such times we must search for beacons of pragmatism and stability. Which leaders, in which countries exhibit strength of character and resolve even under the direst circumstances? I can think of one strong case, perhaps the reader can name others?