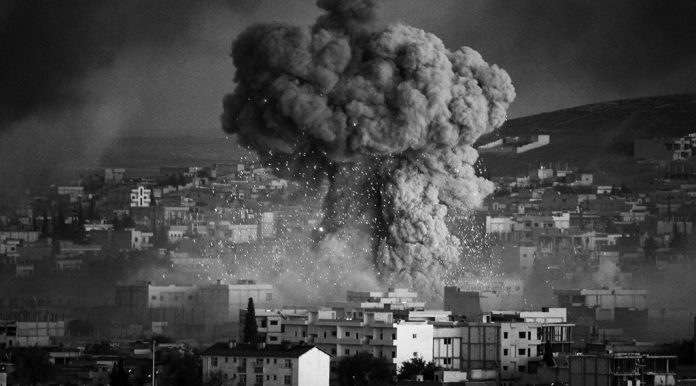 The Syrian Arab Army (SAA), Hezbollah and Iran’s Islamic Revolutionary Guard Corps (IRGC) are storming the Syrian border city of al-Bukamal from 3 directions after having liberated Tal Salasse, the village of Hamdan and the airstrip and reached the Euphrates River north of it.

According to pro-government sources, the SAA and its allies made notable progress against ISIS inside the city, where despite strong resistance, ISIS is a no-win situation.

Meanwhile, ISIS terrorists have ambushed a column of the SAA Tiger Forces near Al-Kashma south of the city of al-Mayadin. According to the ISIS-linked media outlet Amaq, at least 10 SAA members were killed and a T-90 battle tank destroyed.

Earlier in November, the Tiger Forces started advancing towards al-Bukamal from the direction of al-Mayadin. However, they have not yet been able to reach this strategic city.

The US-backed Syrian Democratic Forces (SDF) have advanced towards the Syrian-Iraqi border from the town of al-Suwar in northern Deir Ezzor. The SDF has also launched an advance along the Euphrates Bank.

According to pro-Kurdish sources, 34 members of ISIS were killed and a vehicle was destroyed in the advance. Amaq claimed that 10 members of the SDF were killed, 8 injured and a Humvee vehicle destroyed.

SDF spokesman Talal Silo defected from the US-backed force to the area in northern Aleppo controlled by pro-Turkish militants. The SDF accused Turkish Intelligence of forcing him to do so. Pro-Turkish sources say that the defection is an indication of growing tensions within the SDF.

52 years old Talal Silo is a Syrian Turkmen. He became widely known for his strong pro-US and anti-government attitude. He was one of the key public SDF figures and played a key media role allowing the US-led coalition to claim that there were some non-Kurdish persons in top SDF positions.