Can Trump really blow up the world unilaterally, even if all his generals wanted to stop him? Watch this week’s show above, and check out the list of links to the stories we covered HERE. 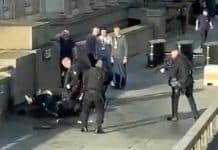 FFWN: “Oswald Acted Alone, Epstein Killed Himself, and the Earth Is Flat!”