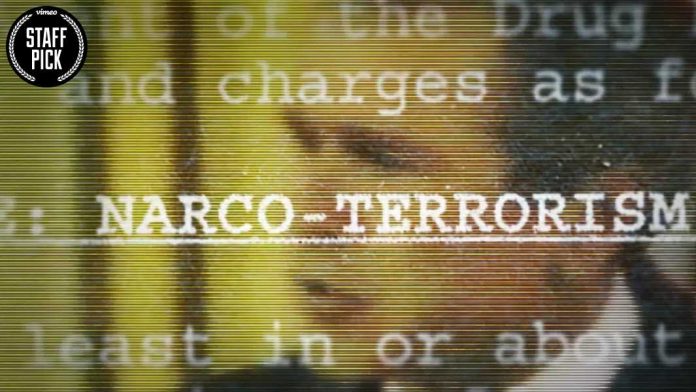 by Ginger Thompson & Joe Posner,  …based on a story by Propublica

These undercover videos supposedly showed Al-Qaeda in the drug trade. What they actually showed was more shocking.

[Editor’s Note: None of this will surprise VT readers. We have a whole string of Fake whatevers on parade now. The Fake News people must be breathing a sigh of relief.

Fake Wars, a term that never caught on (meaning for fake reasons, not that they did not really happen), but is rising fast, a derivative of Fake Government.

Tonight I went back to my old Vimeo Picks folder and found this wonderful Fake DEA Narco-Terrorism jihad that got cranked up to produce lots of headlines for a bunch of nobodies while none of our major security orgs could ever find State sponsors of terror that were right under there noses, because they were not looking.

The big fish don’t seem to have too many people fishing for them. Maybe the security orgs don’t know, or maybe they are afraid of them. By that I mean the hardwired corruption kind, like how Israeli espionage runs rampant across the country solely because our security orgs have be waived off making busts that would be a huge embarrassment to the country and make their friends in Congress very unhappy.

With the mountains of cash being thrown out on security after 9-11, with 20/20 hindsight we can now see that some very disturbing fake things happened that might not have under normal times.

I would like to say that we could learn from our mistakes, those who were involved in the long, expensive, drawn out cases.

But the ones that are retired now, where do you think some of them might be working after getting a taste of manufacturing crimes to catch and prosecute.

How many of them are contractors now with these past cases being part of their street cred? With a river of opium/heroin flowing out of Afghanistan, the guys in this Vimeo are setting people up for busts to create some War on Terror stats, but leaving very real huge debts left behind. Thus ends my happy missive for today… Jim W. Dean ]

IN DECEMBER 2009, Harouna Touré and Idriss Abdelrahman, smugglers from northern Mali, walked through the doors of the Golden Tulip, a hotel in Accra, Ghana. They were there to meet with two men who had offered them an opportunity to make millions of dollars, transporting cocaine across the Sahara.

Touré wore a dashiki, and Abdelrahman had on tattered clothes and a turban that hid much of his face. They tipped the guards at the entrance and then greeted Mohamed, a Lebanese radical, in the lobby. Mohamed took them up to a hotel room to see David, a drug traﬃcker and a member of the Revolutionary Armed Forces of Colombia, or FARC. “Hola, Colombiano,” Touré said, as he entered the room.

Abdelrahman tried to call David “007” in Spanish, but said “477” instead. David, who was dressed in a short-sleeved pullover and Bermuda shorts, laughed and offered his guests bottles of water.