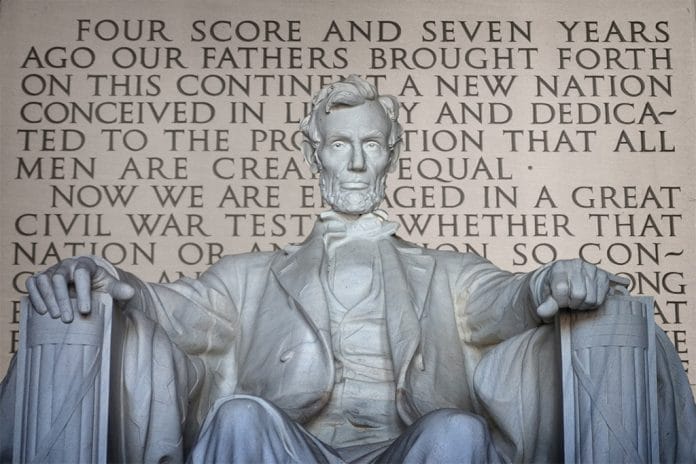 On this 19th day of November in 1863, President Abraham Lincoln delivers what will become one of the most famous speeches in American history, at the dedication of the military cemetery at Gettysburg, Pennsylvania.

Using just 272 words, Lincoln articulated the meaning of the Civil War for a public that had grown weary of the conflict.

For some time, Lincoln had been planning to make a public statement on the significance of the war and the struggle against slavery. In early November, he received an invitation to speak at the dedication of part of the Gettysburg battlefield, which was being transformed into a cemetery for the soldiers who had died in battle there from July 1 to July 3, 1863.

A popular myth suggests that Lincoln hastily scribbled his speech on the back of an envelope during his trip to Gettysburg, but he had actually begun crafting his words well before the trip.

At Gettysburg, Lincoln, who began his address with the now well-known phrase “Four score and seven years ago,” reminded the assembled crowd of the Founding Fathers’ vision, which established a nation that was “dedicated to the proposition that all men are created equal.”

He addressed the country’s civil war, which was testing the endurance of American revolutionary ideals, and he honored the soldiers who fought at Gettysburg, suggesting that their struggle had already consecrated the ground “far above our power to add or detract.” 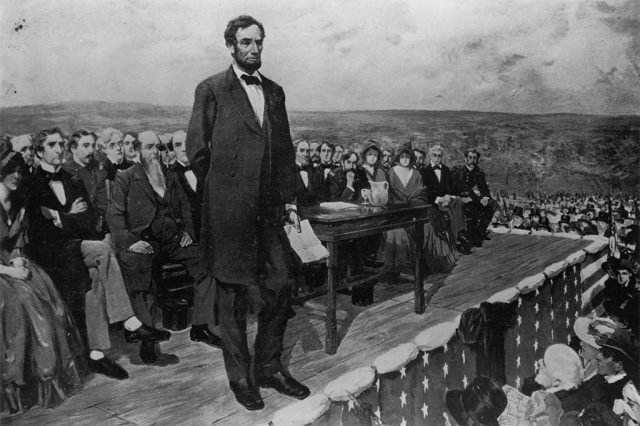 Lincoln then succinctly stated the purpose of the Northern war effort:

“It is rather for us to be here dedicated to the great task remaining before us–that from these honored dead we take increased devotion–that we here highly resolve that these dead shall not have died in vain–that this nation, under God, shall have a new birth of freedom–and that government of the people, by the people, for the people, shall not perish from the earth.”

Today, the words of the Gettysburg Address are carved into a wall of the Lincoln Memorial in Washington, D.C.

Other Notable Events on this day in History