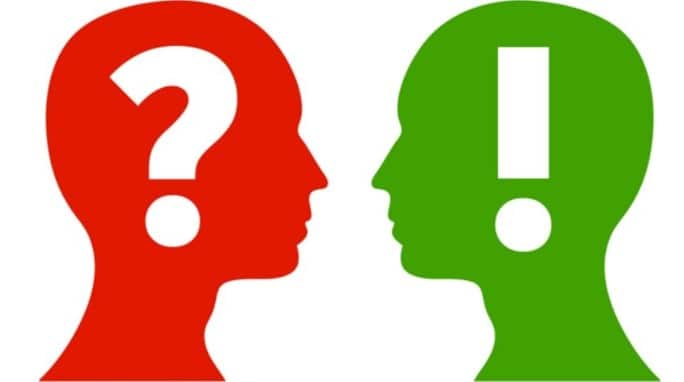 Editor’s note:  Gutting the hoaxters who prey on fearful parents with vaccine scare stories is a must for any responsible publication.  Let me prove my case in only one sentence…now wait for it:

Thermisol, touted to be the evil additive to vaccines was always in antibiotics.

For those too friggin stupid to understand, I will explain further.  Anti-vacc hoaxters jumped on the idea of vaccine thiomerosol only after a discredited “wakefield” study opened the door.

Without a ready audience already scared by an earlier discredit hoax, the anti-vacc scaremongers were careful to leave this important part out, that “thiomerosal” is in vaccines.  It is also known by the common name of “merthiolate” and was used for decades as an antiseptic on cuts.  Yes, mom was pounding poisonous mercury onto cuts and scrapes for years.

Anti-vacc is the religion of the fashionably unwashed Trumpettes, climate change denialists and others who get their education from the Tel Aviv blogster academy.

VT editors with real educations and things like medical licenses, VT editors who have kicked down doors, like poking the ignorant.  Carol takes too much pleasure in this, but doesn’t have the heart for bashing in skulls that g has.

Years ago, a phony study on vaccines by an MD whose license was later yanked, started the hoaxter anti-vacc movement.

It is based entirely on bullshit, the idea that nearly every doctor in the world, every legitimate researcher, and we are talking 100s of thousands, are all part of a plot, a conspiracy.

The whole thing is built out of the kind of bullshit that convinced so many that jet fuel and aluminum aircraft can vaporize steel, we are of course talking about 9/11.

OK, only a totally insane asshole believes every pediatrician in America, Europe and around the world is part of an evil plot, perhaps working for “the Jews” or the “Illuminati” or involved in some kind of “race mixing” plot. 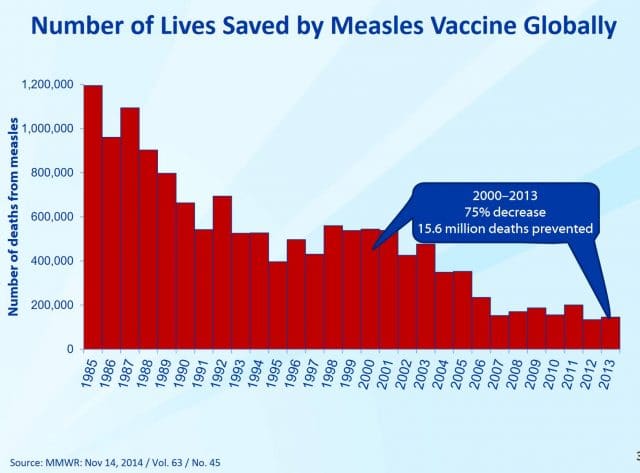 No one should be forced to vaccinate.  Those who chose to carry infectious diseases that endanger others should have the rights that any criminal or terrorist has.

Strong language?  Taking your unvaccinated kid into a pediatricians office waiting room where a “yet to be vaccinated” infant is present can be a death sentence.  This is why physicians who treat the unvaccinated have separate waiting rooms.

Want to talk about the health aspects of smoking next?  Same folks who hate vaccines fought limitations on smoking as well.  In fact, back in the 80s and 90s, the Michigan Militia was sponsored by tobacco companies.  Not kidding.  Who is paying the anti-vacc folks?  Perhaps that might be a conspiracy worth looking into.

Who would want children to die?  g

Medicines and vaccines have contained thimerosal in multi-dose vials (where a different needle will be used to draw out many doses) for decades.  Thimerosal was placed into the vials to decrease the chance that the vial could become contaminated with bacteria/fungi from the subsequent needle accesses. Vaccines and medicines contaminated by fungi and bacteria will cause severe reactions.  Thimerosal use in medical products has a record of being very safe. Data from many studies show no evidence of harm caused by the low doses of thimerosal in vaccines.

Let us look at the issue of mercury which is normally found in the environment. There are two types of mercury that the human body can become exposed to. The first is methylmercury which is found in some fish and can accumulate in the body over time. Pregnant women are encouraged to limit their intake of certain fish types while pregnant.

The other type of mercury is ethylmercury which is the type of mercury thimerosal contains. This type of mercury is cleared from the human body and does not accumulate and is not harmful. There is no evidence that low doses of thimerosal in vaccines cause any harm other than minor reactions such as swelling and redness at the site of injection. In July 1999, the Public Health Service agencies, the American Academy of Pediatrics, and vaccine manufacturers agreed that thimerosal should be reduced or eliminated in vaccines as a precaution.  Contamination of multi-dose vials with fungi and bacteria cause severe local reactions.  Thimerosal is quickly broken down in the body and is eliminated.  Rarely a person may be allergic to thimerosal.

There has been no thimerosal used in vaccines for children since 2001.  MMR (measles, mumps, and rubella) vaccines do not and never did contain thimerosal.  This is the particular vaccine that was blamed for causing autism. (there are several articles in the Carol Duff archives that address this issue.) Even with the removal of thimerosal from childhood vaccines, autism rates have continued to increase, which is the opposite of what would be expected if thimerosal was the cause of autism. Scientific research does not show a connection between autism and thimerosal. Chickenpox (varicella), inactivated polio (IPV), and pneumococcal conjugate vaccines have also never contained thimerosal. Influenza (flu) vaccines are currently available in both thimerosal-containing (for multi-dose vaccine vials) and thimerosal-free versions.

I do not like/support big pharma nor will I write anything that would reflect that.  My children were vaccinated with all childhood vaccines that were available at the time.  My grandchildren are all vaccinated.  I do not fear vaccinations.  I do fear the resurrection of the diseases that they prevent and the death they will cause if vaccines are viewed as poison, a control of the people, a way to kill the population off.  In the developed world, we have forgotten what it was like for someone to have polio (death, archaic lung machines, paralysis, etc.) What used to be thought of as one of the “childhood rite of passage diseases” measles is a killer.   Diphtheria, whooping cough (pertussis), tetanus, meningitis, hepatitis, flu, etc. are lethal diseases and totally preventable with vaccines. In the underdeveloped areas on this earth, children die daily from measles because they are not vaccinated because of lack of access to vaccines.

Encouraging people to be vaccinated and to have their children vaccinated is not “pushing” anything.  This is simply encouragement to take control of your health and to avail yourself of the many vaccines that will prevent illness, debilities, an increase in your health costs, shortening of your life span, and death.  It is your choice to receive vaccines.  It is also your choice to decide if your children will die from polio, tetanus, measles, etc.  You want to talk about someone making someone else’s decisions for them? There are pediatricians who will no longer treat patients whose parents refuse to have vaccinated.  How can you hope to cure someone with full-blown polio? Go ahead and get on the Internet and do some research into what polio looks like.   How about having your child responsible for giving polio to the newborn (who is too young for an immunization) waiting for a three week well baby exam in the same office?

None of the diseases, that are vaccinated for, have been totally eradicated from the environment/earth and I am not talking about specimens kept in labs in many countries.  With the ease of getting on a plane and a few hours later, getting off in an area where polio has appeared, no problem to bring a disease home with you if you are unvaccinated and in the process of developing that disease because your body has no immunity to it.

Developing an immunity to harmful objects is the job of the human body with an intact immune system.  When that immunity is developed from getting the actual disease, the chances of surviving, depending on the severity of the ravages on the body that disease (polio) causes, plummet.  Maybe you are someone who thinks that others do not matter and that if they get sick and die, so what.  Or maybe you think you or your children will never get one of these diseases.  Get your head out of the sand.  Maybe you think it was a better time when most children did not make it out of infancy due to death from diphtheria, measles, whooping cough, polio, etc.   Take some time and look up what each of these diseases really look like. More than likely you have never seen polio in action because…., well because of vaccination programs.

To get yourself and your children vaccinated is not a control measure by our government. It is not a way that they are poisoning our bodies. The constant terrorist acts of shootings at concerts, schools, etc. are a control measure and the control is fear.  Perhaps our government is behind these acts and are trying to control/kill us, but that is another topic to not be discussed here.  With vaccines, you do not have to FEAR. No one is forcing you to get vaccinated or to have your children vaccinated, but being vaccinated is one of the things in this world that makes sense because to not vaccinate can lead to debilitation and death and yes, fear of getting sick from something that you will not be able to be cured of.  Death is not a good way to protest against something that is larger than you are.