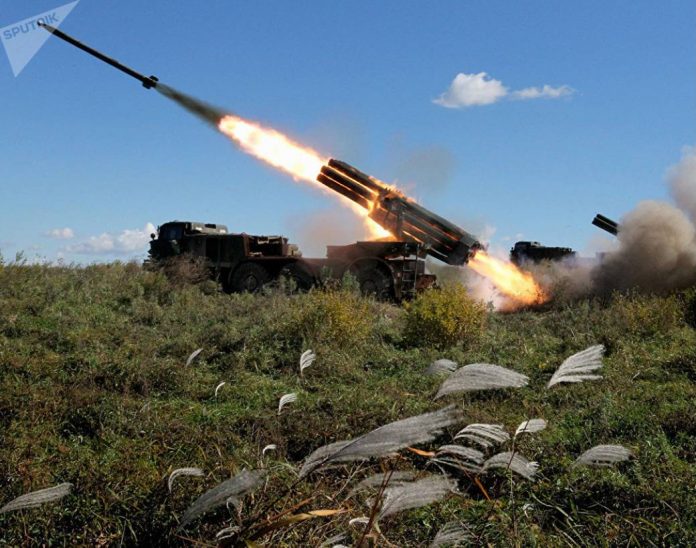 MOSCOW (Sputnik) – The commemorative day was established by the May 31 2006, executive order of the Russian president, “Establishing Professional Holidays and Commemorative Days in the Armed Forces of the Russian Federation.” On this day, the people of Russia honor military specialists for their contribution to national defense and security. It is also intended to help revive and build on Russian military traditions and to make military service more prestigious.

Russian artillery, one of the oldest service branches, was first mentioned by medieval chronicles in 1382 when the people of Moscow used the first artillery systems to defend their city from the forces of Khan Tokhtamysh. Called Tyufyaks, these cannons fired “drob,” or pieces of iron and small stones, similar to grapeshot. Muscovites also used larger cannons called Pushki Velikiye, or Great Guns.

During the Russo-Japanese War of 1904-1905, Russian gunners fired their artillery systems from concealed positions for the first time in history, and the first mortars were also used during that conflict. By World War I, waged between 1914-1918, all artillery units were subdivided into field (light, horse-drawn and mountain), heavy field and heavy siege artillery. Anti-aircraft and self-propelled guns were developed during World War I, followed by anti-tank artillery somewhat later.

Artillery systems have heavily influenced the outcome of all wars and battles involving the Russian army. Figuratively called the “God of War” in 1940, they lived up to their name on the battlefields of the Great Patriotic War of 1941-1945.

During virtually all operations, artillery units accomplished all the main tasks and inflicted most of the casualties on the enemy.

Over 1,800 gunners became heroes of the Soviet Union for their wartime exploits, and 1.6 million officers and soldiers were decorated for bravery during the Great Patriotic War.

On November 19, 1942, the Red Army launched its counter-offensive near Stalingrad. During its initial phase, artillery units inflicted heavy casualties on the enemy and disrupted the entire system of enemy defenses. This prevented substantial Soviet casualties, allowing Soviet forces to advance successfully, encircle enemy units in and around Stalingrad, and defeat them completely.

On October 21, 1944, the Presidium of the USSR Supreme Soviet (Parliament) issued its decree instituting Artillery Day, to be observed every November 19 to commemorate the heroic feats of gunners during the Soviet counteroffensive near Stalingrad that began November 19, 1942.

In 1961, the Soviet Union established the Missile Forces and Artillery as an independent service branch incorporating all available artillery and missile elements of that period.

In 1964, Artillery Day was renamed as Missile Forces and Artillery Day. In 1988, the country started observing this day every third Sunday of November and every November 19 from 2006 onward. 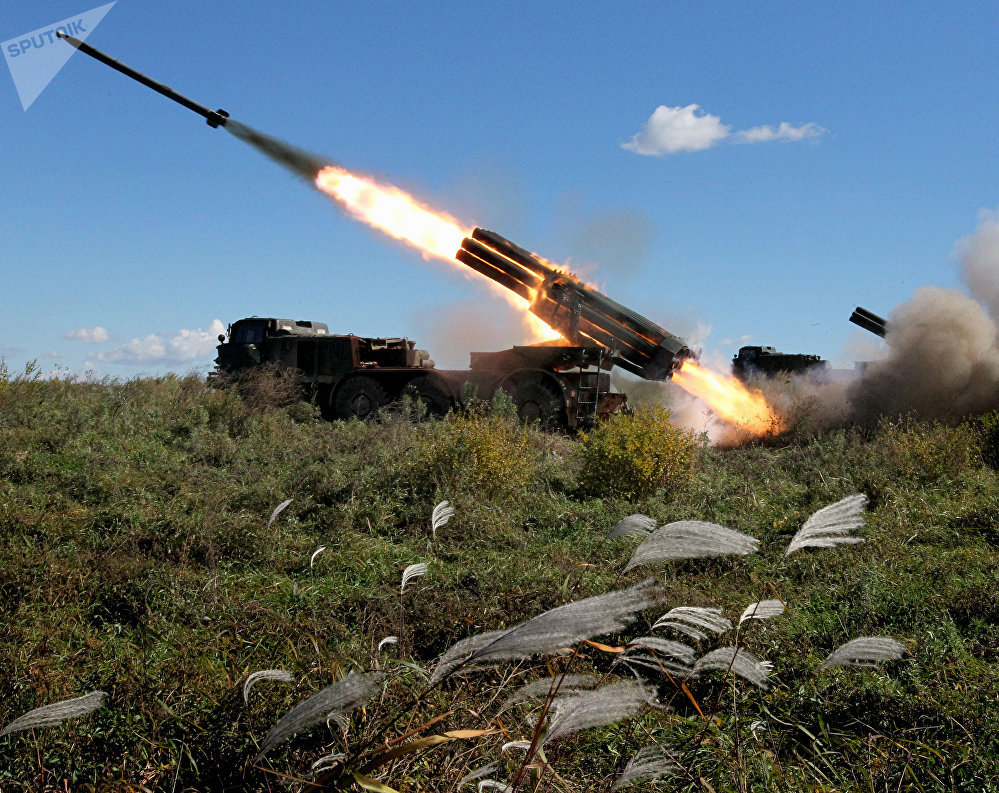 The BM-27 Uragan self-propelled multiple rocket launcher system during a military exercise of artillery units of the 5th Army at the Sergeyevsky training ground in the Primorye Territory.

Under its action plan, the Russian Defense Ministry is implementing a number of measures to overhaul the structure, organization, and fighting and numerical strength of missile forces and artillery units.