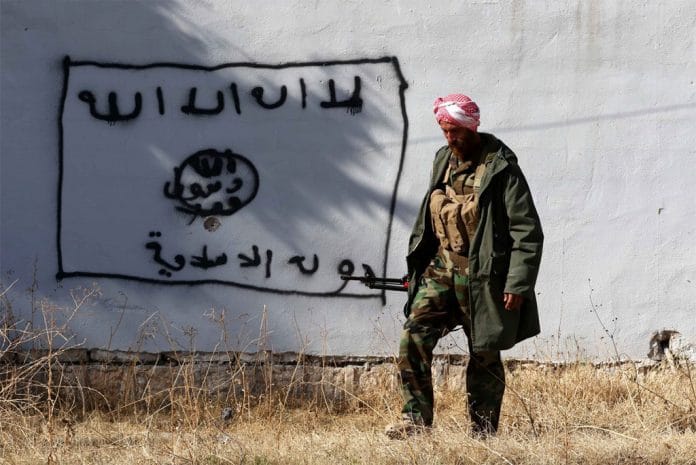 On November 19, the Syrian Arab Army (SAA), Hezbollah and Iranian-backed militias restored control over the border city of al-Bukamal after a week of intense fighting with ISIS terrorists there. The Russian Aerospace Forces actively supported the SAA advance.

According to the Hezbollah media wing in Syria, about 150 ISIS members had fled al-Bukamal through the Euphrates River. Some of them reportedly surrendered to the US-backed Syrian Democratic Forces (SDF).

On the same day, the SAA Tiger Forces advanced further along the western bank of the Euphrates. Government troops captured the villages of Kashmah and Salihiyah and besieged ISIS units in the area between al-Mayadin and Kashmah.

The SDF captured the town of Shu’aytat and the nearby points on the eastern back of the Euphrates. Pro-government sources claimed that the SDF was able to do this thanks to a deal with local ISIS members, led by Abu Talhat al-Mohajer.

In northern Hama, the SAA entered into the villages of Shakhtir and Abu Dali and Balil Hill, which had been controlled by Hayat Tahrir al-Sham (formerly Jabhat al-Nusra, the Syrian branch of al-Qaeda) and its allies. An intense fighting is ongoing.

Pro-HTS sources claimed that militants destroyed a BMP-1 vehicle and a battle tank of the SAA during the clashes.

In Eastern Ghouta, near Damascus, clashes continued between the SAA and Ahrar al-Sham in the Armored Vehicle Base where government troops re-established control over the command section and the section 446. Thus, the SAA reversed the key militant gains in the area.

In southern Syria, the SAA entered into the villages of Kafr Hawar, Bayt Sabir, Baytima and established control over them. HTS militants had withdrawn from the area thanks to the SAA actions and protests of the locals.

Israel responded to the SAA operations with two shelling incidents from its battle tanks. The first took place on November 18. The second was reported on November 20. The SAA suffered no casualties. Tel Aviv is upset that the Syrian government is restoring control over the areas previously seized by militants.