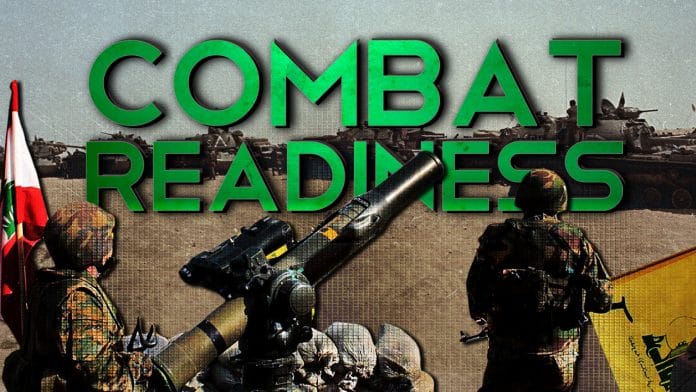 The situation in the Middle East is developing. The expected conflict between the resistance axis, primarily Hezbollah, and the Saudi-Israeli block is the current center of attention.

Israel’s Prime Minister Benjamin Netanyahu said that Iran wants to deploy its troops in Syria on a permanent basis “with the declared intent of using Syria as a base from which to destroy Israel” and threatened that if Tel Aviv fails to receive the international support, it is ready to act “alone.” “Iran will not get nuclear weapons. It will not turn Syria into a military base against Israel,” he said.

Deputy Chairman of Hezbollah’s Executive Council Sheikh Nabil Qaouq said his group is ready for any military scenario amid indications that Saudi Arabia is pushing the Israeli regime to launch a new military operation against Lebanon. He said “The resistance movement is prepared to confront anything. It is fully capable of securing victories and repelling any aggressor.” Hezbollah troops have been brought to the highest combat-readiness level, according to media reports.

Speaking to the Saudi newspaper Elaph, Israel’s military chief Gen Gadi Eisenkot called Iran the “biggest threat to the region” and said Israel is ready to share intelligence with “moderate” Arab states like Saudi Arabia in order to “deal with” Tehran.

The statement was followed on November 19 by an emergency meeting in Cairo between Saudi Arabia and other Arab foreign ministers, calling for a united front to counter Iran and Hezbollah. The emergency Arab foreign ministers’ meeting was convened at the request of Saudi Arabia with support from the UAE, Bahrain, and Kuwait to discuss means of confronting Iran. In a declaration after the meeting, the Arab League accused Hezbollah of “supporting terrorism and extremist groups in Arab countries with advanced weapons and ballistic missiles.” It said Arab nations would provide details to the UN Security Council of Tehran’s violations through the arming of Houthi forces in Yemen. The Secretary-General of the Arab League Ahmed Aboul Gheit said that the Iranian missiles are a threat to all Arab capitals: “Iranian threats have gone beyond all limits and pushed the region into a dangerous abyss.”

Since intercepting a ballistic missile fired at Riyadh by Iran-affiliated Houthi rebels in Yemen, the Saudis punched up their anti-Iran rhetoric, even going as far as to say the missile was Iranian-made and declared the attack an act of war by the Iranians.

Reacting to the emergency meeting, Iranian Foreign Minister Javad Zarif said, “Unfortunately countries like the Saudi regime are pursuing divisions and creating differences, and because of this they don’t see any results other than divisions.”

As if to demonstrate the way the balance of power is going to look in the region, two separate summits on Syria are to be staged soon. With ISIS crushed and the so-called moderate opposition to Bashar al-Assad also in retreat, three key powers in the region – Russia, Iran and Turkey – will meet in the Russian Black Sea resort of Sochi on November 22 to discuss how to wind down hostilities and draw up a political settlement. On the same day but separately, as many as 30 groups opposed to Assad will gather in Riyadh for three days of talks aimed at forming a broad negotiating team before the UN peace talks resume in Geneva on November 28. Russia, which holds a military advantage in Syria, appears to want to focus on a solution drawn up with the regional guarantors, Iran and Turkey. Significantly, ministers discussed the possibility of Kurdish groups being invited to the congress – something to which the Turks were until recently opposed.

These two summits, pretty much mirroring the sides of the conflict concerning Syria’s fate, are the first step towards ultimately establishing a new balance of power in the region. With the Kurdish question still looming, the Middle East without ISIS is about to change considerably.