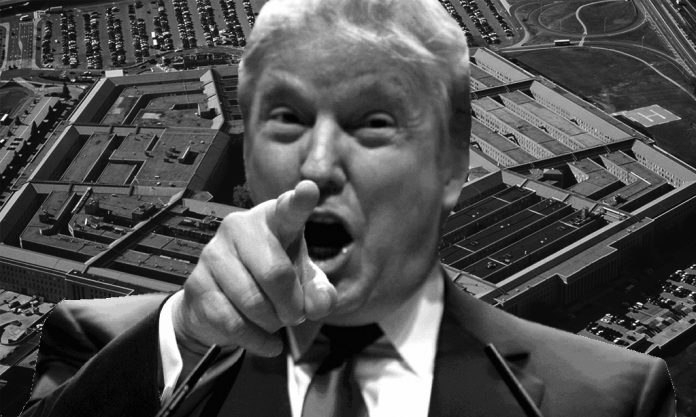 The American economy is basically a war economy. The American military industrial complex with its associated other industries and corporations; banking and finance, intelligent technologies, telecommunication, military research, spying and surveillance departments, mercenary terrorist groups and proxy wars around the whole globe, are the major contributing factors to the revenues of the American mega-corporations, that are covertly controlled and directed by the Hidden Hand; the Secret Government.

The weaponry that are needed by any two warring countries are bought from the US. With the destruction of the infrastructure, of the industry and of the economy of these warring countries, the demands for American goods and for financial loans become greater. At the end of both WWI and WWII the industries and the economies of European and Asian countries were devastated and could not produce necessary goods. The American industry was not only spared but also flourished, and the American goods were in high demand.

The congressional budget office had approved a $700 billion military budget for 2017, and had estimated that the US needs to spend $1.2 trillion over the next 30 years  to modernize and maintain its nuclear weapons program.

The American administration grants itself the blessings and the permission to build new modern nuclear weapons (weapons of mass destruction) to bully the whole globe, while denying such permission to other countries. This $1.2 trillion amount to only 6% of the estimated total national defense spending during the 30-year period.

The American military industrial complex and its associated corporations need to have pliable presidents, whose domestic and foreign policies would serve their needs; an arms sales-man president. Since WWI the American presidents have become paid employees for these corporations. During the game of the so-called democratic presidential election, Presidential candidates had been chosen, groomed, propagandized, and presented to the American people to vote for.

The way votes are counted and by whom they are counted rather than the number of votes is the vital determining factor for the success of any presidential candidate. Presidents, who adopt and execute the imposed plans and policies of the military industrial complex, could be rewarded to serve for a second term. Presidents, who are suspicious, independent, or oppose these imposed plans, are derailed, scandalized, serve only one term, or assassinated.

Qualifications, such as personal integrity, high educational degrees in politics, economy, or law, and public, military, social or business experience, for the presidential office are not taken into consideration by the Hidden Hand. The desired qualifications are absolute obedience, stupidity, and war-mongering narcissism.

If we look at President Trump, as an example, we discover that he lacks personal integrity changing his views, tweeted opinions, lying, flip-flopping attitudes and decisions with the passage of time, exhibiting sexual misconduct and misogynist behaviors, and violating state laws. Claiming foot ailment he did not serve into military. He did not serve into any public office. Although he carries a degree in economics his businesses declared bankruptcy six times between 1991 and 2009 in a devious trick in order to re-negotiate debt with banks and with stock owners.

His Trump University that operated in violation of state laws for not obtaining a business license was faced with two class-action lawsuits for making false statements and for defrauding consumers.

His Trump Foundation had also been accused by the New York State Attorney General’s Office of violating laws regarding charities and possible tax evasion causing it to be dissolved. Yet he has the sought for characteristics of lying, egotism, narcissism, war-mongering, and racism. So, he won the presidential election.

Trump did not waste any time jumping on the war-mongering band wagon as soon as he became president. Besides sending more troops to Afghanistan prolonging further the longest war the US had waged in its history, he had focused his aggression onto two international areas; the Middle East and North Korea.

With the apparent failure of the expensive American/Israeli/Turkish/Saudi military and financial support to ISIS and other terrorist groups to destroy Syria and deposing of Al-Assad, a new plan was needed to continue the conflict in the Arab World. Iran and Lebanese Hezbollah, who defeated ISIS, have become the new enemy, the bogyman against the Gulf States threatening the peace in the Middle East.

Ignoring the fact that Israel is the only nuclear power in the region, and that Israeli fighter planes had dropped nuclear bombs on Syria  and on Yemen, and contrary to IAEA reports, Trump accused Iran of building nuclear tipped missiles threatening its Arab Gulf States neighbors. He threatened not to re-certify Iran’s nuclear agreement.

He encouraged the rebellious crowned Saudi prince; Mohammad bin Salman, to continue his aggression against Yemen and to pressure and threaten Lebanon to get rid of Hezbollah.

Emboldened by Trump’s encouragement this naïve Saudi prince; Mohammad bin Salman, held the Lebanese Prime Minister; Saad Hariri, hostage and forced him to announce his resignation, in the hope that he could cause political chaos within Lebanon. He also accused Iran and Hezbollah of supplying missiles to Yemen and of launching these missiles at the Saudi capital, considering this an act of war.

During his visit Trump sold Saudi Arabia $110 billion worth of American weapons; bombs, fighter planes, and tanks. This was a record weapon sales-contract, a weapon deal that is one of a series of agreements between the two countries to enhance their military partnership that includes a second weapons sale valued at up to $380 billion over the next 10 years.

Before leaving the region, Trump struck a weapon’s deal worth more than $3.8 billion with Bahrain including F-16 jets, military upgrades, missiles and patrol boats. The deal was finalized and approved by the US State Department on Friday September 8th.

After planting the seeds of a potential new war in the Middle East Trump started spewing threats of nuclear war and annihilation against North Korea. “We will unleash ‘fire and fury’ the world has never seen”, “we will destroy your country to rubble”, and “This is a very different administration than the US has had in the past. Do not underestimate us. And do not try us” are some of Trump’s threats to launch a nuclear war against N. Korea if it continues with its alleged nuclear program.

After his threats of a nuclear war against North Korean, Trump’s five-country Asia tour came as a strict business trip selling American weapons for the Military Industrial Complex.

In his meetings and speeches to the Asian leaders Trump kept repeating his sales mantra about American weapons as “the best, the most accurate, and the deadliest the world has ever produced” to defend their countries and their freedom from the “Little Rocket Man”, “dictator” Kim Jon-un, who is a “threat to the civilized world”.

Trump, as well as the new American generation, may not recall that in 1953 the US had initiated the Korean war that destroyed the country, divided it into two halves, and killed at least three million people, almost one third of the entire population. They may not even recall the fact that the US had violated in the past all economic agreements with North Korea if it abandoned its nuclear program.

With 30,000 fully armed American soldiers presently stationed on South Korea, the deployment of the US Terminal High Altitude Area Defense system (THAAD) on the border of North Korea, the three American Navy aircraft carriers positioning themselves in front of North Koreas’ coast in an attack mode preparing for more intimidating war games, the American economic sanctions blocking the arrival of basic goods for daily life, plus the threat of annihilation by Trump’s nuclear ‘fire and fury’, North Korea has no other option but to accelerate its nuclear program as a deterrent against its foes.

Escalating the threat of war that could reach all countries in the area, Trump was able to sell more American weapons in the region. Japan is purchasing massive amounts of American military weapons including jet fighters and missile defense systems worth more than $8 billion.

South Korea is increasing its defense budget to include the purchase of $50 billion worth of American weapons and services. The Vietnamese government signed a $12 billion economic agreement that includes $10 billion in US arms.

In his November 15th speech in the White House Trump boasted of his success as an arms sales-man, a merchant of death, claiming a “great American comeback” and a restoration of “US standing in the world” by hinting that he had created “jobs, jobs and more jobs” for the US; for the military industrial complex.

About Author:  Dr. Elias Akleh is an Arab writer of Palestinian descent, born in the town of Beit-Jala. Currently he lives in the US.