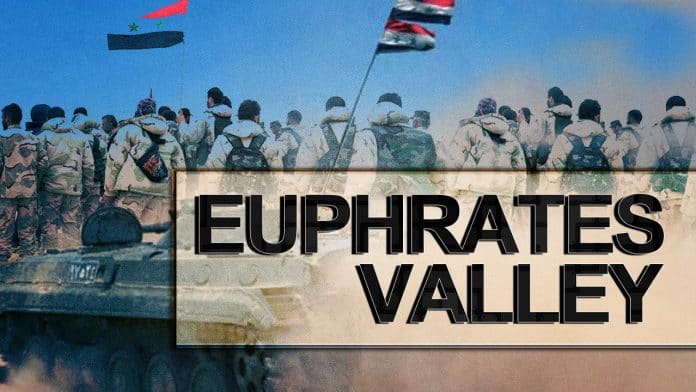 This is the second time that ISIS has been able to seize a significant area in the region without facing any notable resistance. The incident confirms that ISIS is maintaining a strong presence in the so-called opposition-held area in Idlib and northern Hama and that its cells can operate there freely.

The Syrian Arab Army (SAA), Hezbollah, the Tiger Forces and their allies have started a military operation to clear the remaining ISIS-held points on the western bank of the Euphrates. The Syrian military has also deployed reinforcements to the area from the government-held parts of Hasakah.

ISIS has a large number of mobile assault units operating in the Homs desert and the Euphrates Valley. This allows the terrorist group to conduct raids on the advancing government forces while avoiding direct clashes.

In Eastern Ghouta, near Damascus, the SAA has restored full control of the Armored Vehicles Base after repelling a major militant attack there. The attack had involved members of Ahrar al-Sham and Faylaq al-Rahman.

As the remaining ISIS-held area in Syria is shrinking, government forces are gaining more opportunities to conduct military operations against other militant groups across the country.