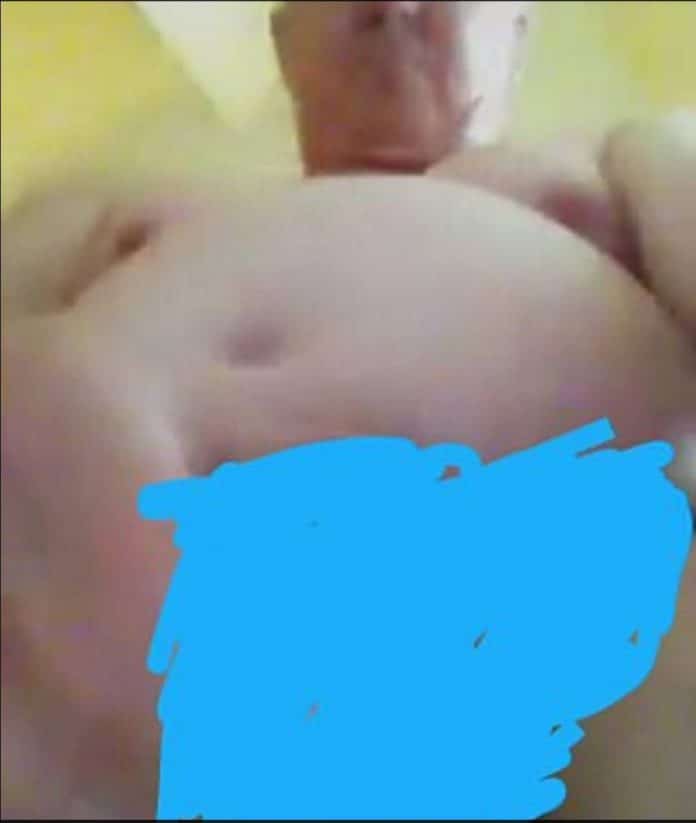 Editor’s note:  Joe and I are the same age.  Joe, whose record in congress since 1984, has him pimping for oil companies, the insurance lobby and anyone willing to pay  him, is certainly caught with his pants not just down but off as well.  This is true of 90% of Republicans in congress and I was a Washington lobbyist, I know of which I speak.  Always party with Christian evangelists, that’s the lesson, particularly if you enjoy sex with very small children.  This is the reality of America’s capitol.

The view above, sickening to the extent that VT, which publishes photos of beheadings and burned corpses, feels a need to apologize.  We have endless confirmations that a similar view, 80 pounds heavier and a couple of years older, “the Donald,” has been seen by a bevy of brutalized children, at least one of whom, was killed for not keeping her 12 year old mouth shut, according to court documents in a New York civil case later dropped for unknown reasons.

Joe avoided military service of course.  He is both a “chickenhawk” and draft dodger and his Texas constituents could care.  Texas is like that as well. 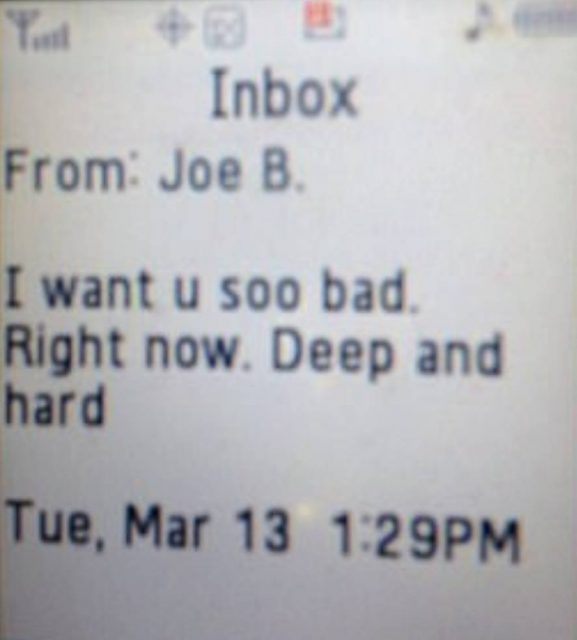 US Representative Joe Barton has apologized to the public after his nude photo surfaced on Twitter, sparking intense public reaction.

Barton, who was born in 1949 and is one of the oldest Republicans in Congress, issued a formal apology after a naked photo of him emerged on Twitter.

The self-proclaimed “strong conservative” acknowledged that the picture was genuine and confirmed that he took it himself to win over women.

In a public statement, Barton explained that after his second divorce, he had engaged in sexual relations with a number of “mature adult women”.

“While separated from my second wife, prior to the divorce, I had sexual relationships with other mature adult women”.

“Each was consensual. Those relationships have ended. I am sorry I did not use better judgment during those days. I am sorry that I let my constituents down.”

The lewd photo was published by an anonymous Twitter user, who shared Barton’s naked picture next to the text.

“I want you soo bad. Right now. Deep and hard”, the text read.

Speaking to the Washington Post on conditions of anonymity, the woman, who met Barton on the Internet, revealed further details about her relationships with one of the Republican Party’s most senior figures, though she denied leaking the photo.

The two broke up, however, when the woman found out that Barton was having sexual relations with a string of other women, whom she then contacted.

“It’s not normal for a member of Congress who runs on a GOP platform of family values and conservatism to be scouring the Internet looking for a new sexual liaison,” the woman said, explaining her decision to speak with the media.

In a follow-up statement, the US representative confirmed that he took matters to the law enforcement authorities and refused to further comment on the issue.

“Today, the Capitol Police reached out to me and offered to launch an investigation and I have accepted. Because of the pending investigation, we will have no further comment.”

Barton’s spokesperson stated that the sexting Congressman will not be stepping down, though the public took to Twitter to call out Barton for his behavior.

Why did I click the Joe Barton trending topic 😩😭 pic.twitter.com/Gj1Ix5pTyx

Hey, why is everyone talking about congressman Joe Barton?
Whoa, Nevermind! pic.twitter.com/uJqv2v5pkE

joe barton… 100% rating from the christian coalition and the family values council..