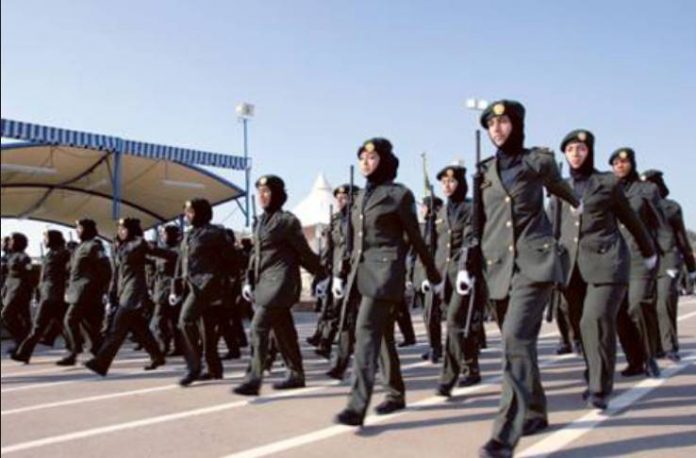 The United Arab Emirates (UAE) is a close friend of the United States in the Middle East, specifically in the Gulf States and it considers itself closer to the United States more than Pakistan does. It never ever becomes involved in the conflicts of interests with the United States. Alike, UAE has the full confidence of Saudi Arabia as well.

If the internal disputes of the Arabian states of the Gulf continue, and the problems between Qatar and Saudi Arabia, UAE, Bahrain, and Egypt do not become solved, the U.S., Russia and Britain would benefit from this opportunity, and Iran and Israel would be the most benefited countries; and then, it would be possible that one day the U.S. will ask Saudi Arabia to send its troops, under the command of NATO, to Afghanistan.

After the UAE, Egypt and Bahrain under the leadership of Saudi Arabia cut their ties with Qatar, U.S. ambassador the U.N., Nikki Haley said that now we have a good opportunity to say both to Qatar and Saudi Arabia what to do. The aim of Mrs. Haley was that as a result of this crisis, Said Arabia would be needing our support and Qatar will be also having to gain our support for the sake of the crisis to become solved; therefore, both of the sides need America.

On the other hand, the Saudi’s action against Qatar provided another chance to Iran. Unfortunately, Iran, due to this act of Saudi Arabia, forwarded another step in the Arabian Gulf. Qatar became obligated to give more roles to Iran and Turkey in order to become successfully out of the sanctions put by Saudi Arabia.

At the end of the Cold War, after Saddam Hussain marched on Kuwait on March 1991, America formed a great coalition which included Muslim countries in order to defeat Iraq. Hazrat Sibghatulah Mojaddidi who was head of the Afghan interim government of Mujahedeen at that time also participated in this coalition and asked the Afghan Jihadi parties to fight against Iraq under the leadership of the U.S.; however, Gulbadin Hikmatyar refused to let his Mujahedeen to fight against Iraq under the command of the United States.

Hikmatyar argued, it is true that Saddam Hussain has inclination to Russia as well as he has Communistic ideology, but we cannot let Afghan Mujahedeen to fight against Iraqi nation under the military command of America. It is a different issue that besides the presence of 9 American bases and more than 40,000 American and NATO troops in Afghanistan, Hikmatyar joined the peace process and do perform political activities now. Need to mention that, while Mr. Hikmatyar was supposed to be impartial, he took the side of Saddam Hussain.

While on my (the writer) way to Hajj (pilgrimage) in 2009, the Turkish troops in the Kabul Airport were providing every Afghan Haji (pilgrim) with a small package of soap, comb, toothbrush, toothpaste and etc.

Hajjis were standing in a long line. When my turn came, I refused to accept the package. The Turkish military officer told me that, it is a gift from our side to Afghan Hajjis, so you should take it. I said that I do not want to take your gift.

At that time, the commander of a small unit came toward me, while the entire line was waiting, and started begging me to accept this small gift. I denied. Eventually, he said that we are Muslims and from Turkish military; why you do not take this gift.

I (the writer) told them, I know that you are Turks, Muslims, but you are here in the NATO under the command of it, as they are not Muslims and are in fight against our nation. Although the Turkish troops have not fought against Afghans till the moment but their arrival in Afghanistan under the NATO has, however, brought their dignity under question.

A limited number of educated people in Afghanistan know about the ongoing rivalries between the gulf countries, the political obligations of Qatar, and its rivalry and conflict with UAE. Perhaps, Qatar would have convinced the Taliban that its troops are going to Afghanistan symbolically and would not participate in the military operations. Qatar may have done this job in order to get a privilege from the United States and to make sure that America does not take a one-sided action in the gulf issue.

However, this question is also being raised that Qatar and UAE follow the strategy of America where it wants other Islamic countries to become involved in the Afghan war.

According to information, the Afghan nation has considered Qatar, in compare to Saudi Arabia and UAE, as a neutral and a country which struggles for Afghan nation’s peace and prosperity; however, the arrival of Qatari troops in Afghanistan under the umbrella of NATO will damage this dignity of Qatar.

UAE wants the Taliban political office to be in its country instead of Qatar, and has the coordination of America, Saudi Arabia, Pakistan, the Islamic Conference and the United Nations in this regard.

However, Qatar, itself, is faced with the shortage of troops, and requires for Turkey and America’s military support against possible attack of Saudi Arabia; as Turkish and American troops are stationed in its soil now. If Qatari troops came to Afghanistan on logistical and military training mission, the above-mentioned wish of UAE would, somehow, become empowered, because the Taliban, then, would not be able to say that Qatar is impartial in the Afghan issues and has not got military presence in Afghanistan.

America and the Afghan government want to bring Arabian countries, especially Qatar and UAE in the Resolute Support Mission of NATO in order to prevent the political ties of Taliban with other countries through their unofficially inaugurated office in Qatar and convincing some regional and international countries that they are not a threat to them, so that the way would become paved for American goals in the country and the region to become followed.

Another rivalry of Qatar and UAE would be to have influence in Afghanistan through their aids and some projects in the NATO framework. It is said that the Afghan government was preventing Qatar’s aids and influence and the pro-Iran Afghan officials were preventing provision of UAE aids and implementation of its projects.

It is tried to damage the impartial dignity of Qatar and UAE for its non-combatant friendship with fighting countries or NATO, because those countries have been able to provide humanitarian assistance in the areas where the Afghan government has not got full control on. They have provided million dollars’ worth assistance on health, education, clean drinking water and provision of suitable educational environment for Afghan children in southern, southeastern, northern and eastern provinces.

On the verge on American campaign on Afghanistan in 2001, UAE and Jordan had sent a small number of its troops in the NATO structure to Afghanistan; they were in involved in logistical issues at that time. A member of Jordanian royal family became killed alongside the CIA operatives in a deadly attack of Taliban on CIA’s Khost station. A soldier of UAE kept alive by Taliban in the southeastern part of the country.

If the Taliban accept to move their political office from Qatar to UAE due to the obligations, they, then, would not have the kind of freedom they had in Qatar. UAE would control the entire activities of the Taliban and, they would, then, be in possession of a fully controlled political office which would be better not having it. Nevertheless, it would be good for the Taliban to completely put an end to their activities in Qatar as well.

I am confident that the U.S. would never want to have the Taliban political activities completely ended. The Taliban are supposed not to choose an option which limits their decisions that are related to Afghanistan and especially the peace process and/ or be sensitive for the neighboring countries.

If the Taliban take out their political office from Qatar, and shift it to UAE or any other country:

1-      The host country (Qatar) and its friends would become dissatisfied with the Taliban;

2-      Taliban would lose Iran’s support, as it is thought that Iran supports them;

3-      Meanwhile, Russia which has problems with the U.S. and considers UAE as the close ally of the United States, Russia would become more sensitive toward the Taliban;

4-      Taliban would lose Turkey’s support also, as Turkey is an important and powerful country in the region and has friendship with Qatar;

5-      Pakistan would be content with this shift of Taliban to UAE because the privilege would be Pakistan’s again. Apparently, there are Pakistani advisors in some important bodies of the UAE, and thus Pakistan would be able to take advantage from the U.S. on Taliban’s name.