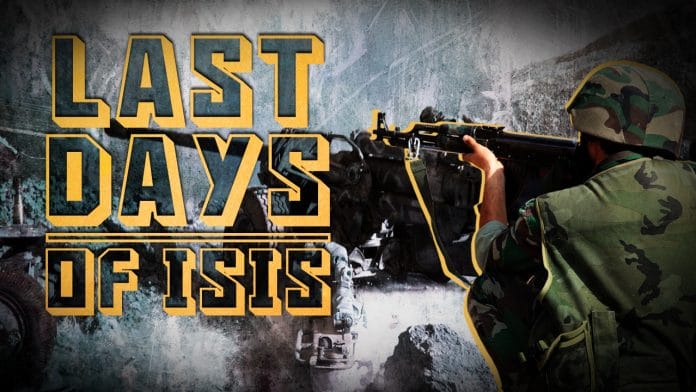 Now, the Tiger Forces are developing momentum in order to link up with their counterparts advancing from the direction of al-Bukamal.

The ISIS-linked news agency Amaq claimed that at least 7 SAA soldiers, a battle tank and a bulldozer were destroyed during ISIS counter-attacks in the area. However, the terrorist group was not able to stop the SAA advance.

In southwestern Aleppo, an intense fighting was reported between the SAA and Hayat Tahrir al-Sham (formerly Jabhat al-Nusra, the Syrian branch of al-Qaeda) in the villages of Rajm Sawan, Hajara and al-Rashadiyah. Pro-government sources speculated that this was a start of the widely expected the SAA operation to establish control over the Abu al-Duhur Airbase. No official confirmation of these claims are available yet. It’s unlikely that the SAA and its allies launch any significant military operation in southwestern Aleppo before the full liberation of the western bank of the Euphrates from ISIS.

In northern Hama, ISIS cells expanded their control in the so-called opposition-held area and captured the villages of al-Judaydah, Madabah, Abu Khanadiq and the nearby points.

On November 22, the presidents of Russia, Iran and Turkey met in the Russian city of Sochi to discuss the situation in Syria. According to the joint declaration, “the three presidents expressed support to the intra-Syrian dialog with the participation of representatives from all segments of the country’s society” and “urged representatives of the Syrian government and opposition speaking in favor of sovereignty, independence, unity and territorial integrity of the Syrian state to take constructive part in the Syrian National Dialog Congress in Sochi in the near future.” The sides also discussed the de-escalation zones and other important issues of the conflict.

The meeting has clearly shown the new reality appearing in the Middle East, which the US-Israeli-Saudi block will have to accept.