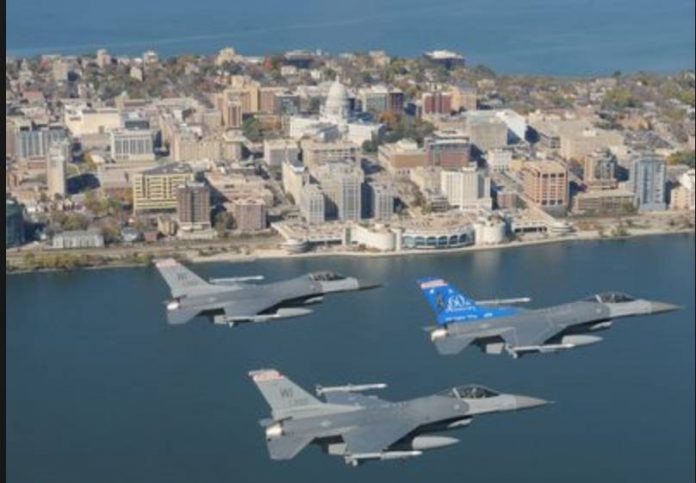 The US-led coalition against ISIS has vastly played down the number of civilians that have been killed in Iraq as a result of their own airstrikes. In fact, the war against ISIS may be the ‘least transparent war in recent American history.’

The conclusion comes from a report published by the New York Times. Reporters Azmat Khan and Anand Gopal spent 18 months investigating coalition bombing in Iraq, traveling to more than 150 sites of airstrikes across the northern part of the country. Their goal was to determine which air force launched which strikes — and whom they killed.

The report said the most common justification given by the coalition when denying civilian casualty allegations is that it has “no record” of carrying out a strike at the time or area in question. This response, which amounts to brushing off the allegation, places the blame at someone else’s feet. The military wash their hands of the incident, and there is very little probing by politicians or the media after that.

Another excuse given by the US military is that civilians may have driven a vehicle into a target area after a bomb has been dropped and as such their deaths or injuries are unavoidable accidents – just more collateral damage.

But Khan and Gopal’s reporting calls into question some of these excuses. They found multiple discrepancies between dates and locations of strikes and what was recorded in official logs. 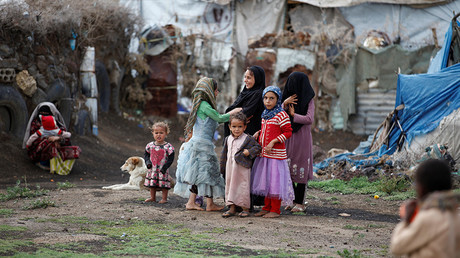 They also found that in about half of the strikes that killed civilians, there was “no discernible ISIS target nearby,” meaning the excuse that civilians happened to be unfortunately in the way does not always hold up. Many of those strikes, the report says, were based on “poor or outdated intelligence.”

Worse still, when civilians are indeed near legitimate ISIS targets, they are “considered guilty until proven innocent,” and those who survive the strikes “remain marked as possible ISIS sympathizers, with no discernable path to clear their names.”

Basim Razzo is one of those with a target on his head. Razzo, the Times story explains, was sleeping when a US coalition strike reduced his home in Mosul to rubble in 2015. The attack killed his wife and daughter, as well as his brother and nephew in the neighboring house. The same day, the US military uploaded a video of the strike to YouTube claiming it had destroyed an ISIS car-bomb facility, but in actual fact, it had demolished two family homes and the death’s of Razzo’s family members were never acknowledged until the Times reporters raised their case with coalition officials.

When strikes like this occur, most in the media take US military officials at their word. There is very little inquiry as to the veracity of the claims regarding the numbers of civilians killed, the time and location of strikes and so on. When the media does report on civilian deaths or suggest that numbers may be higher than the US military leads us to believe, it is done in a clinical manner, and there is rarely any investigative follow-up reporting done. When caused by US coalition forces, civilian deaths are generally regarded as inevitable collateral damage.

The opposite appears to be true in the case of civilians deaths caused by either the Syrian or Russian air forces in Syria, for example. Those cases are regarded as reckless, barbaric attacks on civilians, and the more emotion-laden headlines the media can pump out about them, the better.

Khan and Gopal found “a consistent failure by the coalition to investigate claims properly or to keep records that make it possible to investigate the claims at all.”

Our interventionism in the Middle East has not made the United States or the world any safer. Instead of calling for regime change, we need a foreign policy of restraint and diplomacy.

One incident which did receive considerable coverage internationally was a US strike in Mosul in March of this year, which reportedly killed up to 200 civilians (although locals estimated up to 600 deaths). But even in such a severe case, there was very little media follow-up as to how many civilians were actually killed by those coalition strikes and the initial anger quickly dissipated.

How quickly we all forget is indicative of the attitude which says that certain numbers of civilian deaths are acceptable and even permissible during a war. Those deaths are merely a “fact of life”according to US Defense Secretary General James Mattis.

This new report is a serious feat of investigative journalism. It should shine a much-needed spotlight on the reality of what the US military falsely claims is “one of the most precise air campaigns in military history.”

Unfortunately, few major outlets have followed up on the Times report. It has not been radio silence. There has been some follow-up. Both MSNBC and CBS ran short segments about the report. It was also covered by Vox, Business Insider, Esquire, The Week — and some lesser known websites. Indeed, there has not been a huge amount of coverage.

It is hard to imagine the coverage would have been so contained if Khan and Gopal had been reporting on casualties caused, for example, by the Russian or Syrian militaries.

It is also hard to imagine how this “fact of life” attitude toward civilian deaths in places like Iraq and Syria would stand up if the bombs were hitting American homes and wiping out American families as they slept. How many deaths would be acceptable then?

Of course, the media can’t control how the US-led coalition operates in places like Iraq or Syria, but it is undeniable that the lack of sustained interrogation from journalists makes it a lot easier for the US military and its allies to continue killing civilians, not bothered by any kind of serious public criticism.

Danielle Ryan is an Irish freelance writer, journalist and media analyst. She has lived and traveled extensively in the US, Germany, Russia and Hungary. Her byline has appeared at RT, The Nation, Rethinking Russia, The BRICS Post, New Eastern Outlook, Global Independent Analytics and many others. She also works on copywriting and editing projects. Follow her on Twitter or Facebook or at her website www.danielleryan.net.