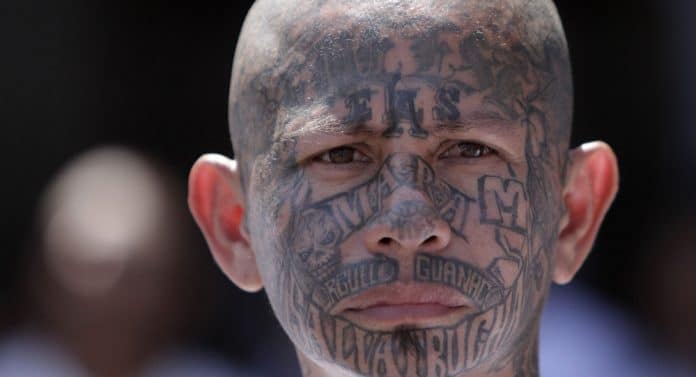 Police in the United States are investigating the murder of a man by members of the notorious MS-13 gang. Sputnik spoke to a gang expert in California who said President Trump would not be able to wipe out MS-13.

A member of the notorious MS-13 gang has been arrested and charged with the brutal murder of a man who was stabbed 100 times, decapitated and had his heart cut out, in a park near Washington DC, Maryland.

They removed victim’s heart + buried it with his body in shallow grave at Wheaton Regional Park.

This is the latest in a rising tide of local MS-13 violence.

The body of the victim of the latest atrocity, who has not been identified yet, was found in a grave in Wheaton Regional Park in Maryland on September 5.

Miguel “Timido” Angel Lopez-Abrego, 19, was charged with first-degree murder and appeared in court on Wednesday, November 22.

President Trump has made several speeches and tweets about MS-13 this year, as has the Attorney General Jeff Sessions.

Together, we’re going to restore safety to our streets and peace to our communities, and we’re going to destroy the vile criminal cartel, #MS13, and many other gangs…

“With more than 10,000 members across 40 states, MS-13 is one of the most dangerous criminal organizations in the United States today. That’s why I have ordered our drug trafficking task forces to use every law available to arrest, prosecute, convict, and defund MS-13. And we are getting results,” Mr. Sessions said recently.

“It’s impossible. It’s a nice gesture. We don’t in America have the political willpower to do that,” Mr. McBride told Sputnik.

He said part of the problem lay with the sanctuary cities policy, which allows illegal immigrants to avoid deportation. Mr. McBride said MS-13 were not as significant on the west coast of the US.

“There are less than 1,000 MS-13 in Los Angeles, out of a total of 85,000 gang members. But there are a lot more MS-13 on the eastern seaboard. Maryland and Virginia are overrun by them. They kill a lot of people and are usually very nasty in the way they do it,” said Mr. McBride told Sputnik, who worked in the Los Angeles County Sheriff’s Department for 36 years.

​”No matter how nasty or evil they are we can’t deport them. They are protected in their sanctuary cities. We send a few hundred back every year but it’s not enough,” Mr. McBride told Sputnik.

He said he was supportive of President Trump’s efforts to deport criminals, but he said it needed to be part of a “toolbox” of policies to tackle gang culture at its root.

“Until you get a comprehensive program it’s very difficult. We can lock them up until the cows come home but you can’t arrest your way out of this. We need social programs,” said Mr. McBride.

The weak illegal immigration policies of the Obama Admin. allowed bad MS 13 gangs to form in cities across U.S. We are removing them fast!

“You have to look at why they join MS-13. They don’t come here with a basis in education or any job training. They often come independent of parents and rely on their homeboys. They can’t get decent jobs so out of desperation they join the gangs. They come from a gang culture and they don’t stand a chance of being here if they are illegals. We need to look at things like their illiteracy and lack of parenting,” said Mr. McBride.

Most members of the MS-13 (Mara Salvatrucha) gang are from El Salvador — where it was founded in the 1980s — Honduras or Nicaragua, although many are second or third generation immigrants. Many have returned to the US having been deported in the 1990s. 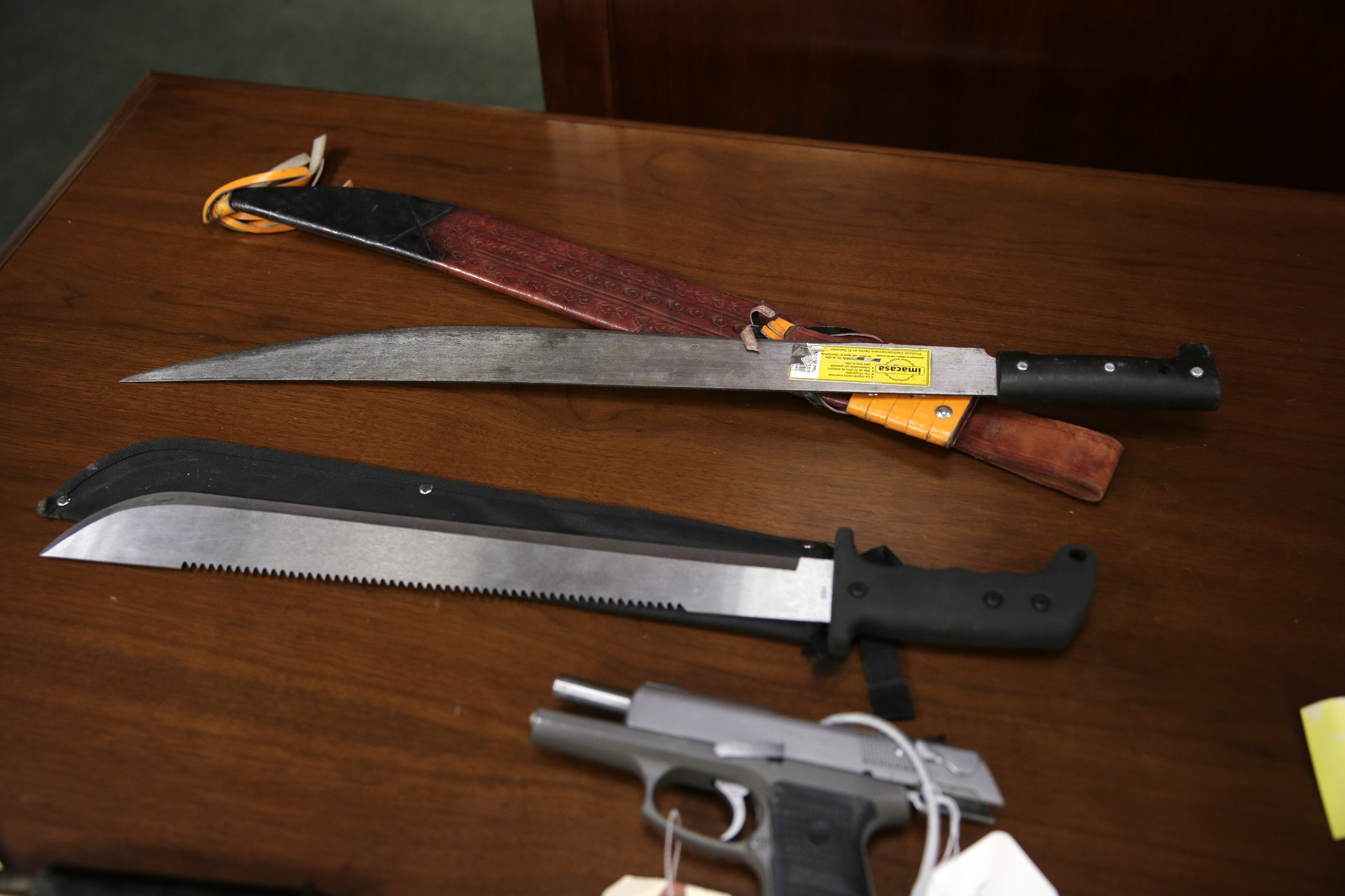 ©
AP Photo/ Charles Krupa
Weapons on display at the U.S. Attorney’s office following the arrests of gang members in Boston, Friday, Jan. 29, 2016. Authorities say they have charged 56 members of the MS-13 gang in and around Boston. The gang is notoriously violent and known for using machetes to kill victims. According to court documents, in 2012, MS-13 became the first and remains the only street gang to be designated by the U.S. government as a “transnational criminal organization.”

Asked why they were so ruthless and bloodthirsty, Mr. McBride claimed it was part of their Latin American culture.

“Look at what the Mexican cartels are doing, all that beheading. And then there’s the Colombian necktie. It’s not new. It’s just new to our culture. Part of the reason they do it is to send a message. In some of these places they come from it’s the only way to survive,” Mr. McBride told Sputnik.

Victim Found in a Shallow Grave

Court documents seen by the Washington Post suggested the victim, who was buried in a shallow grave, may have been murdered several months earlier.

It is not clear what he had done to trigger the enmity of the MS-13. He may have simply been a member of a rival gang — like Barrio 18.