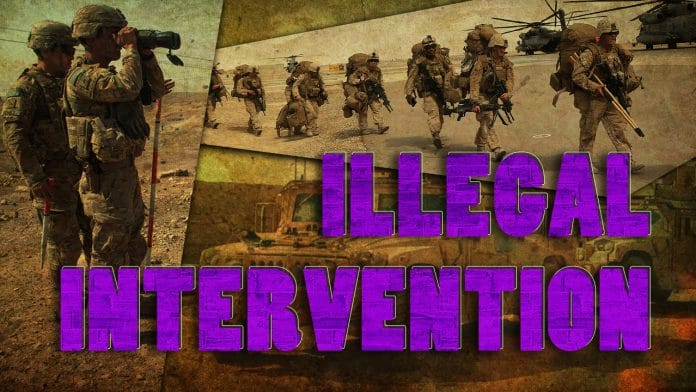 On November 23, the Syrian Arab Army (SAA), the Tiger Forces and their allies continued their operation against ISIS on the western bank of the Euphrates. Pro-government forces have established control over the villages of Mahkan, Quriyah, Subaykhan, Kashma and Tashreen.

On the same day, Tu-22M3 strategic bombers struck positions of ISIS in the province of Deir Ezzor after they had flown about 2,000 km from Russia. The strike hit ISIS’ manpower, vehicles and strong points near Al-Katia.

On November 24, the SAA and its allies advanced further in the direction of al-Bukamal.

In southwestern Aleppo, clashes are ongoing between the SAA and Hayat Tahrir al-Sham (formerly Jabhat al-Nusra, the Syrian branch of al-Qaeda) in the villages of al-Rashadiya and al-Hajara. Pro-government sources claim that the SAA has recently deployed reinforcements to the area. However, this has not helped the government forces yet.

In Western Ghouta, the SAA liberated the village of Beitima from Hayat Tahrir al-Sham (HTS) and engaged militants at Bardae Hill south of the militant-held town of Beit Jinn. If the SAA seizes this important hill, it will be able to establish a fire control over the key militant-held town in the area.

According to pro-HTS sources, 15 SAA soldiers were killed during the clashes near the hill.

Meanwhile, reports appeared in the mainstream media that Washington is not going to withdraw from Syria after the defeat of ISIS.

Previously, the US administration explained its invasion in the country with a need to defeat the terrorist group. Now, it is reportedly seeking to stay there in order to reduce the influence of Iran and Assad government in the post-ISIS period.

On November 23, the Iraqi Army and the Popular Mobilization Units (PMU) launched a military operation to liberate the remaining ISIS-held border area in western Iraq. According to the PMU media wing, government troops liberated 56 villages, the bridges of al-Sukariat, al-Akarb and al-Bka and the Geneva Airport.

The army and the PMU destroyed 8 vehicle-borne improvised explosive devices (VBIEDs) of ISIS and captured 3 others. They also destroyed 3 vehicles and several mortar positions of ISIS.

According to the ISIS-linked news agency Amaq, two suicide bombers attacked a gathering of the PMU fighters north of Baiji. There are no confirmed reports about the number of casualties because of the attack.

After the liberation of the Iraqi part of the Euphrates Valley, thousands of ISIS fighters were forced to retreat to the desert area at the Syrian-Iraqi border. A part of them is now seeking to infiltrate the government-held cities and to establish criminal networks there. Another part has joined the migration flow, which is heading through Turkey to the European Union.