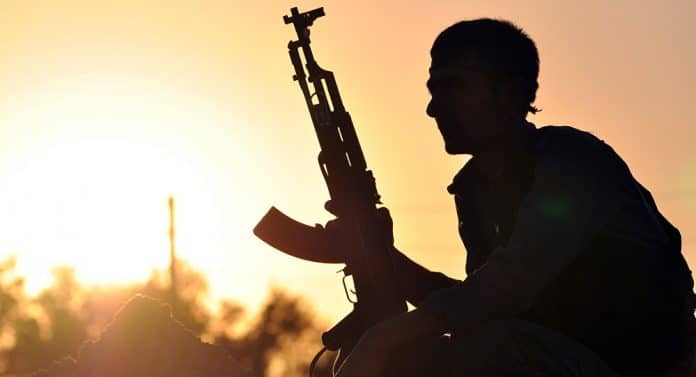 Amid the military buildup on the Syrian-Turkish border near Kurdish-controlled Afrin, Foza Yusuf, executive council co-chair of the self-proclaimed Democratic Federation of Northern Syria (DFNS) and Nuri Mahmud of the Kurdish People’s Protection Units (YPG) signaled that the Kurds will defend the city against “the Turkish invasion.”

Kurdish political and military forces are determined to  retaliate against any aggression towards the Syrian city of Afrin, Foza Yusuf, executive council co-chair of the self-proclaimed Democratic Federation of Northern Syria (DFNS), told Sputnik Turkey.

“In Afrin we will stand on the defensive and oppose invaders like we did in Kobani,” Yusuf said referring to Ankara’s threats to invade the Kurdish enclave in northwestern Syria.

Nuri Mahmud, an official representative of the Kurdish People’s Protection Units (YPG), echoed the politician: “We will defend Afrin, based on the inalienable right to defense. There is nothing more natural than protection against aggression. Nobody gives flowers in response to being shelled.”

According to Sputnik sources in the region, there is an increase in military activity on the Turkish-Syrian border and on Syrian territory, related to Turkey’s preparations for an operation in Afrin, which is currently controlled by Kurdish self-defense units.It has been reported that  groups of the Turkish-backed Free Syrian Army (FSA) are making the final preparations for the forthcoming advance. In response, the YPG and the Kurdish-dominated Syrian Democratic Forces (SDF) which are comprised of fighters from Kobani, Qamishli, Manbij and al-Hasakah are amassing heavy weapons and further reinforcements in order to defend the city.

On November 17 Turkish President Recep Tayyip Erdogan stated that the northwestern Syrian province of Afrin “must be cleared” of the Democratic Union Party (PYD) and YPG, which Ankara regards as affiliates of the Kurdistan Workers’ Party (PKK) outlawed in Turkey.

“Turkey’s first two observation spots have been established along the line separating Idlib and Afrin, which also allows Turkey to monitor the YPG’s activities,” the journalist wrote, stressing that “Afrin is a strategically sensitive area in Turkish eyes.”

Turkey-NATO Row: ‘Turkish Exit Will Lead to Complete Unravelling of the Alliance’

Previously, in October, Turkish Deputy Prime Minister Bekir Bozdag told private broadcaster Habertürk, that “Turkey will not allow the establishment of a terror corridor” in northern Syria emphasizing the utmost importance of Afrin: “We know the PKK, PYD and YPG presence there and in case of a threat and danger aimed at the Turkish border.”Meanwhile, the Kurdish news outlet Rudaw wrote Monday that Turkish and Kurdish forces exchanged fire across the Afrin-Idlib border, adding that no casualties had been reported.

Currently, Kurds control two large areas in northern Syria. The first is the area spanning from Manbij in western Syria to the Turkish border in the north and Raqqa in the south. The second is Afrin Canton in northern Syria, one of the four cantons of Rojava, a unilaterally proclaimed autonomous Kurdish region in Syria. The area between Afrin and the rest of the so-called “Syrian Kurdistan” is currently controlled by the Turkish military.

The creation of Democratic Federation of Northern Syria also known as Rojava was announced by the Syrian Kurds in 2016. Damascus said at the time the move had no legal power. In late September 2017, Syrian Foreign Minister Walid Muallem said Damascus was ready to discuss the issue of the Syrian Kurds’ self-governance once the fight against the Daesh (ISIS/ISIL) terrorist organization is over.

“This topic is open to negotiation and discussion and when we are done eliminating Daesh, we can sit with our Kurdish sons and reach an understanding on a formula for the future,” Muallem said as quoted by Reuters.