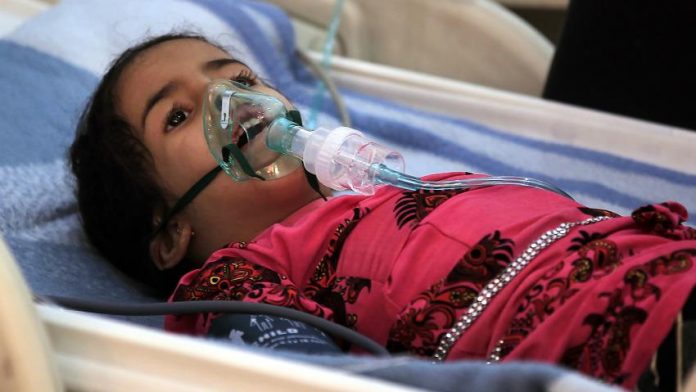 [ Editor’s Note: Just when you don’t think things can get any worse in Yemen, they do, as the conditions are so ripe for the down hill slide with Saudi Arabia pursuing its collective punishment war policy, and with hardly a whiff of resistance from the so-called democratic countries.

Some might read this and say a 100 deaths is nothing for a country Yemen’s size, but not taking into account how many there could be in 3 to 6 months, or even a year if the Saudi blockade continues.

And yes, medical supplies, including vaccinations for preventable diseases like diphtheria are being blocked by Saudi Arabia, even via UN shipments.

This is a red line for me, that any country blocking humanitarian supplies and distribution should have its butt thrown out of the UN, pronto. Saudi Arabia could continue on with its Arab League pet.

The blockade, behind the endless claims of Iran’s support of supplying weapons to Yemen but with zero evidence after several years, has really been done to undermine popular support for the Houthi government, but has failed.

The Saudis, especially with the young Crown Prince as defense minister, are desperately trying to deflect attention away from their own crimes.

They are charging Iran with everything under the sun without thinking how petty and pitiful that makes them look, in a way like Trump does when he plays the fool and we all have to endure his being such an embarrassment.

We also do not know whether this diphtheria in Yemen, popping up out of nowhere, was introduced by some outside power(s). The list is short. The Western countries who have been selling weapons and maintenance contracts to Saudi Arabia have been completely silent on the killing of Yemen’s children. They must wear the shame for it all… JD ]

The World Health Organization says diphtheria is another contagious disease that is spreading quickly in war-torn Yemen.