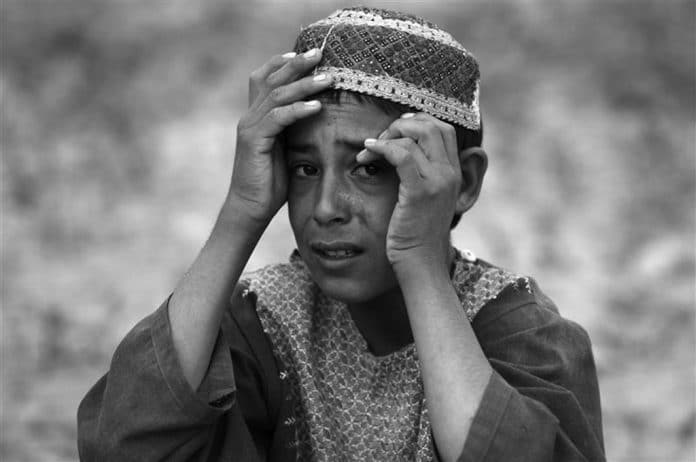 Sadly, there are more reports of the massacring of innocent Afghan civilians. On November 20, 2017, Afghan villagers reported that 21 students, many children, were massacred by U.S. special operation forces along with forces from the Afghan Puppet Administration in Maidan Wardak Province. These villagers also reported that the teachers at this religious school were seized by these forces.

On November 21, 2017, it has also been reported that many Afghan villagers/civilians were killed in a cowardly manner by U.S. bombs in the Districts of Musa Qala and Dishu, and many other locations in Helmand Province.

These bombings are all occurring in Helmand Province, where the known vast deposits of Rare Earth Elements (REEs) are located. These Afghan villagers are seen as the only resistance to the control and exploitation of the REEs by the United States and the war profiteers.

Although U.S. General Niocholson tells the media and the American people that these are drug labs that the U.S. is bombing, it is really about the control of the REEs and not terrorism. The United States just continues to hide the facts. The innocent Afghan villagers continue to suffer.

WARNING!  GRAPHIC IMAGE:  This illegal targeting, bombing, and killing of Afghan villagers children needs to stop! Those responsible for these war crimes must be indicted and prosecuted in lawful tribunals.  CLICK >>>

I believe the new U.S. Trump strategy in Afghanistan is genocide- the intentional killing of the Afghan/Pashtun villagers, who are the only roadblock to the Trump administration’s exploitation of the Rare Earth Elements (REEs).

At one of his recent media events, Trump himself boldly stated that he wanted the United States to “exploit” the REEs His friends, Michael N. Silver of American Elements, a company that specializes in mining REEs and his adviser, billionaire friend, Stephen A. Feinberg of Dyncorp will benefit from this exploitation. 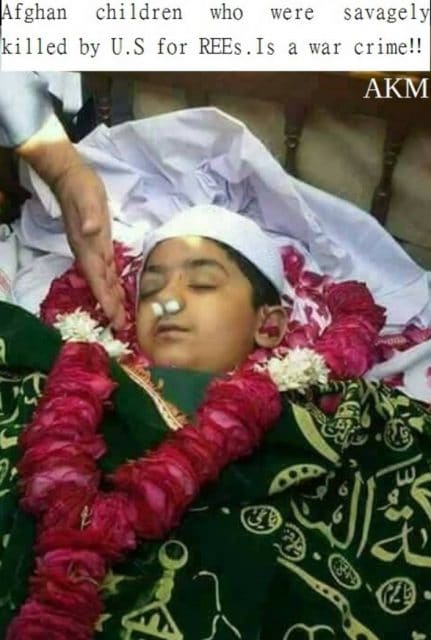 On August 28, 2017, thirty five (35) Afghan villagers, many women and children, were killed in Shindand District in Herat Province. This killing of Afghan villagers/civilians is happening throughout Afghanistan every day-mostly unreported by the media.

It is escalating under Trump’s new strategy of genocide of the Afghan /Pashtun villagers, who are the road block to his exploitation of Afghanistan’s mineral wealth.

Please see the attached photos of an Afghan children who were killed for REEs. How shameful!