Ariel Cohen is Senior Fellow at The Atlantic Council and Director, Center for Energy, Natural Resources and Geopolitics at the Institute for the Analysis of Global Security. He is indeed an Israeli representative and has said fantastically incoherent things in the past.

It was the Russians who used their technological power to show that Assad did not use chemical weapons on his own people, when Benjamin Netanyahu was running around like a wild bull saying crazing things like the United States had to attack the Assad government because they somehow violated international law.

Cohen obviously does not like Russian military force because it is giving the Israeli regime a hard time in Syria. In 2015, Cohen declared that “Russian-backed separatists and the Russian military have killed thousands of civilians” without an iota of substantial evidence.[1] Cohen ignored the crucial fact that the West was largely responsible for the Ukraine crisis. This point was scholarly detailed by John J. Mearsheimer of the University of Chicago in an essay entitled, “Why the Ukraine Crisis Is the West’s Fault.”[2]

In any event, Russia seems to surprise Cohen. He has recently written an article in which he argues that Russia is advancing at an alarming rate in the Middle East, and America “is asleep.” He writes:

“Russia is back in the Middle East. The Kremlin is methodically creating a systematic geopolitical challenge to the interests of the United States and its allies. Moscow’s behavior is driven by a quest for prestige and influence, and a search for markets of its arms and other goods—a classic great power pattern.”[3]

This is really embarrassing, given the fact that Cohen has a Ph.D. “with a particular focus on Russia/Eurasia, Eastern and Central Europe, and the Middle East.” Sure, Russia is actually creating a geopolitical system where New World Order kingdoms, namely the United States and Israel, can no longer destroy countries in the Middle East in the name of “democracy” and “freedom.” Putin has given countless speeches and lectures on these issues over the past ten years or so. To dismiss all of that and to jump into the stupid conclusion that Putin is “driven by a quest for prestige and influence” is generally dumb.

Russia has actually become the new sheriff in town because the United States gives the country no choice. Bloomberg calls Putin “the new master of the Middle East.”[4] Military Times has recently declared that “Russia takes on Mideast diplomacy as US retreats.”[5] Back in 2013, Foreign Policy declared that Putin “turned Moscow back into a Middle East powerhouse.”[6] Last year, the National Post said that was actually winning the Middle East.[7] 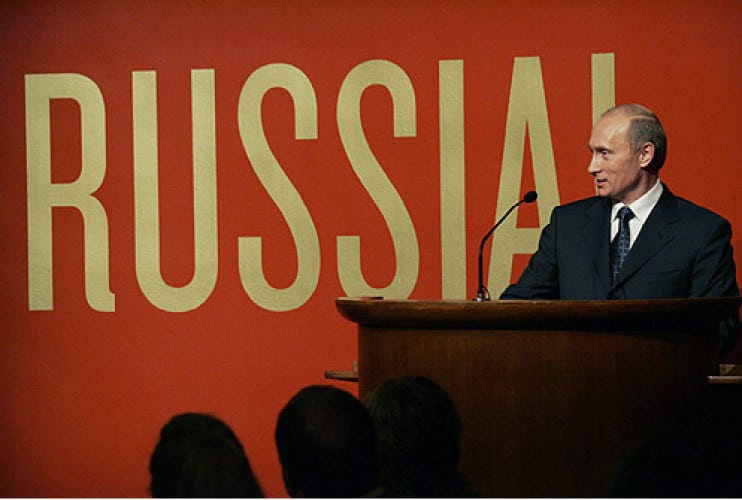 Simple: Putin stopped the Israeli Security Intelligence Service, commonly known as ISIS. If he didn’t intervene, Assad would have been beaten, clubbed, and killed in cold blood in the street of Syria, just like Gaddafi in Libya. If Putin didn’t tell NWO agents that he would not be Mr. Nice Guy in Syria, Assad would have probably been in a coffin by now. Cohen and the Israeli regime obviously do not like that.

Therefore people like Cohen has to invent incoherent things in order to make a diabolical case. If you listen to Cohen long enough, you’ll get the impression that he is shaming the institution that awarded him a Ph.D. He declared that “Oil is in the center of [Putin’s] quest, but it is not the only issue.”[8]

This man is obviously a joker. Putin wants oil and he is going to protect Syria and annihilate terrorist cells in the region? Would that be a smart move if oil was at the center of his “quest”? Is Syria really the center of the oil industry in the Middle East? How absurd can it get?

Cohen was just getting started. He moved on to say: “As in Soviet times, Moscow seeks to control governments, re-establish military bases, open maritime routes and expand exports. These great power ambitions suggest a broader shift in the regional balance, revealing a return to the nineteenth century strategic competition and raising serious questions about the future of American power.”[9]

That is sheer stupidity, and the only way that Cohen can come up with crazy things like this is because he has to ignore all the facts on the table. You can’t reason with these people because they have already committed themselves to an ideology which simply does not allow them to think clearly.

I challenge anyone to read Mearsheimer’s article on the Ukraine crisis. Our colleague Phil Butler has recently written an account on Russia and the political situation facing much of the West and the Middle East, and I will peruse that book thoroughly at the end of next month. Jim W. Dean has done an excellent interview with Butler, which I will highly recommend.

Cohen again writes: “The ruling elite—Putin and his entourage, the military and security services leadership, and Russian TV—are defined by the defeat in the Cold War. All are obsessed with America’s alleged attempts to undermine or even dismember Mother Russia.”[10]

Is this man really on a suicide watch? His mental processes are obviously not working well. He means to tell us that it is really Russia that is “obsessed” with America’s attempts to undermine Mother Russia? Does this man forget what the Neocons and the war machine were preaching less than a year ago? Didn’t they say ad nauseam that Russia hacked the US election? Weren’t they obsessed with that wicked ideology? Didn’t Tucker Carlson humiliate Neocon Max Boot on a television show for saying these crazy things? Didn’t the Neocons con even Morgan Freeman with that kind of madness?

You see, Cohen will never address these issues because they would ruin his essentially Talmudic ideology. In any event, Cohen and the Israeli regime cannot be trusted. They want nothing but wars and bloodshed in the Middle East. But they are now facing a formidable challenge—thanks to Russia and Iran. There is one thing that Cohen actually got right throughout his incoherent analysis: Russia is challenging the New World Order.