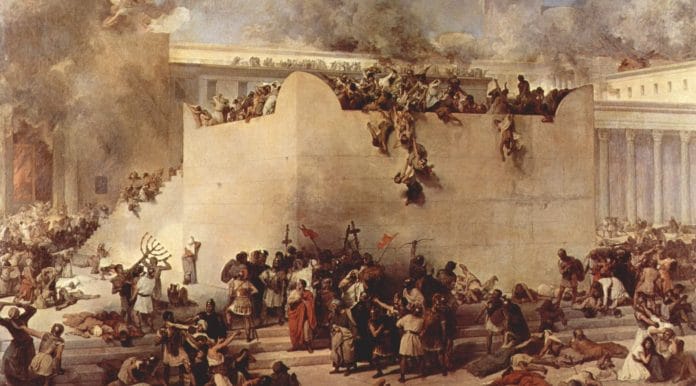 A Terrible Thought (the original title)

[ Editor’s note: Uri brings us another wonderful internal Israeli politics exposé, which he is so good at doing, as no one knows where all the political skeletons are buried in Israel better than he.

But he exhibits his perennial blindside by ignoring how Zionism itself may be to blame for the political exploitation the country has always endured – never mind the economic exploitation, which he rarely mentions, as it showcases Jews feeding on Jews when there are not better victims to be found.

At first, I was caught off guard with this right wing party founding member, Avi Gabbay not only moving over to the Labor Party, but quickly becoming its leader. “What’s up wid dat?” After reading he was a successful businessman, I thought, “Ah, they want someone to improve their finances.”

But further down the article, Uri shows his shock at the new leader attacking the Labor Party’s principles, even going so far as to challenge its Jewishness; I was no longer confused, but Uri spends the rest of the article searching for why Gabbay could justify doing this.

“My dear Uri, you got sand-bagged here, fella. The Right sent a Trojan Horse into your ranks, with just one guy inside to burn Labor down by making it look like the ship of fools, and one of the last people you would want to turn the country over to.”

Uri never saw this coming, but it is entertaining to see Israeli Jews using “Who is a real Jew?” as a political club to beat on each other. That is the rough-and-tumble of Israeli politics, which has an old “take no prisoners” history.

By that I don’t mean just defeating adversaries, but following up on the urge to eliminate them. The best visual image of this was the photos and video of the Zionists who had brought sofas, wine and picnic food up to the hills overlooking Gaza at twilight to enjoy watching it get bombed by the IDF, with cheers going up when phosphorous shells were used.

I sympathize with Uri’s peace for Palestine and two state solution agenda that he has fought for most of his life, but he still has a glass chin when it comes to getting the Zionist fist smashed into his face. I guess that is better than being a Palestinian living a lifetime of being exploited, and for what…Jewishness maybe? … Jim W. Dean ]

Avi Gabbay is the new leader of the Israeli Labor Party. Until recently, he was a founding member of a moderate right-wing party, Kulanu (“We all”). Without ever being elected to the Knesset, he served as a junior minister.

He resigned when Avigdor Lieberman, considered by many as a semi-fascist (and the “semi” is far from certain), was allowed to join the government as Minister of Defense, the second most important post. 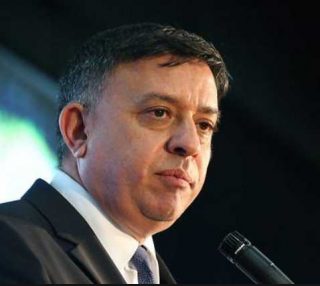 Suddenly, A terrible thought struck me. What if Avi Gabbay really believes what he is saying? Impossible. He cannot really believe all those things. No, no. But if he does? Where does that leave us?

In a bold move, Gabbay left Kulanu and joined the Labor Party (also known as “the Zionist Camp”) and was soon elected its chairman.

However, he did not become the official “Leader of the Opposition”, because he was not a member of the Knesset. (The formal title remained with his predecessor, the very nice but rather insignificant Yitzhak Herzog.)

One of Gabbay’s outstanding qualities is the fact that he is “Oriental”, an Eastern Jew. He is the seventh of eight children in a family that immigrated from Morocco in 1964, just three years before his birth.

This is very important. The Labor Party is decried as “Western” (or Ashkenazi), the party of the social elites, estranged from the mass of the Orientals. It must overcome this characterization if it ever wants to attain power again.

In the Likud Party, the situation is the exact opposite. The mass of Likud voters are Orientals, but Binyamin Netanyahu is as Ashkenazi as you can get. The Orientals adore him, as they have never adored any Oriental leader.

BUT GABBAY’S origin is not his only attribute. From his humble beginnings he climbed the heights of economic success. He became the CEO of one of Israel’s most important corporations, amassing a personal fortune on the way.

He is not a charismatic leader, not a person to arouse the masses. Indeed, his face is easily forgotten. But he took with him from the business world a sound, logical way of thinking. In politics, logic is a rare commodity. It can be obstructive. The question now is: where does logic take him?

DURING HIS few months as leader of the Labor Party, Gabbay has deeply shocked many party members. Shocked them to the core. About once a week, usually on Shabbat, Gabbay lets loose a statement that seemingly contradicts everything the party has stood for during its more than one hundred years of existence.

He once declared that peace does not mean that any of the many dozens of settlements in the occupied territories must be removed. Until then, the party line was that only the “settlement blocs” – located hard on the Green line – could remain, within the framework of an agreed exchange of territories, and that all the others must be removed. Gabbay’s announcement caused quite a stir, since it probably makes the “Two-State solution” impossible.

On another occasion, Gabbay announced that he would never set up a coalition with the “United List”, the only Arab list in the Knesset. This list consists of three separate – and very different – Arab parties, which were compelled to unite when Lieberman (the same) raised the minimum electoral threshold in order to eliminate them.

It is very difficult (if not impossible) to put together a leftist majority in the Knesset without the Arab list. The Oslo agreement would never have come into being if the Arab members had not given their unwavering support to Yitzhak Rabin (but without joining his government).

To make matters worse, Gabbay announced that the only Arab member of the Labor Party in Parliament – a popular sports commentator – would not be in the next Knesset. His crime: he criticized the Balfour Declaration of 1917, which promised the Jews a national home in Palestine, which at the time was an Arab land.

THE CLIMAX (so far) came last week, To top it all, Gabbay did something that many Labor members found abhorrent.

There are in Israel tens of thousands of non-Jewish African refugees, especially from Sudan and Eritrea. They have been held for several months in an open semi-detention facility, which is vastly superior to conditions at home.

Others vegetate in the poor quarters of Tel Aviv, doing occasional jobs and competing with poor inhabitants, making them very angry.

Israel claims to be a “Jewish State”. Jews have been persecuted refugees for centuries. But now the government has decided not only to stem the flow, but to pay to dispose of the refugees who are already here: paying the government of Rwanda 5000 dollars for every refugee they accept from us.

The refugees themselves will also get 3500 dollars each if they go voluntarily. If they refuse, they will be put in a real prison indefinitely.

Deported? Imprisoned? In a “Jewish” state? Incredible. And here comes Gabbay and calls upon his party to vote for this atrocity! Aa if all this was not enough, Gabbay said something else incredible. He denounced his party’s stand on Judaism.

Nothing could be more shocking than that. The party was founded a century ago by convinced atheists, like David Ben-Gurion, who refused to put a kippah on his head even at funerals. (Sometimes even I do so out of courtesy to religious mourners.)

The entire Zionist enterprise started as a rebellion against religion. Almost all the important rabbis of his day condemned Theodor Herzl, the founding father, as a heretic and cursed him in no uncertain terms.

God Himself evicted the Jews from their country because of their sins, and only God could send His Messiah to bring them back there, if and when He pleases.

The Zionist Labor Movement has always been profoundly atheistic, except for minuscule religious elements. What Gabbay was saying now amounted to an ideological revolution. (By the way, gabbay is the Hebrew word for the administrator of a synagogue.)

Nobody is quite sure what “to be Jewish” means nowadays. Does Judaism represent a religion, a nation, or both? Does it only mean that one identifies with Jewish history and tradition, or that one believes in a God who has “chosen us from among the peoples”? And who the hell cares?

SO DOES Gabbay really believe all this stuff, or is it just political propaganda? It may well be the latter. Gabbay is a seasoned businessman. His logic is that of a businessman. It adds numbers.

There are two ways to view the Israeli political landscape. One is the simple one: adding election results. According to this system, the Right now enjoys a clear majority. Apart from the Likud, it consists of two extreme rightist parties, the “Jewish Home” and “Israel is Our Home”, Kulanu and two Orthodox parties.

The Left (or “Center-Left” as they like to call themselves these days) consists of Labor, Meretz, Ya’ir Lapid’s “There is a Future” and the Arab list. To change the balance, Labor must win over a considerable number of voters from the moderate Right.

Another way of looking at the picture sees a rightist minority facing a leftist minority, with the great mass of the people in between. The result is the same: the Center-Left must win over enough voters to change the balance.

How? Gabbay’s answer seems logical: steal the clothes that the Right hung out to dry, as Churchill once put it. Meaning in practice: adopt the slogans of the right, look religious, act chauvinistic, make it possible for Rightist voters to vote for you.

That seems to be Gabbay’s tactic. Can it succeed? In political life, the proof of the pudding is in the eating. If he can attract enough right-wing voters, he may change the balance. If his party loses voters on the left, no problem. They will vote for Meretz, which makes no difference. And if the Arabs are very angry, that makes no difference either: they have no choice but to support a leftist government “from the outside”.

But what if this approach leads to disaster? Political logic is quite different from business logic. It is not based on a 2 + 2 = 4 equation. In politics the answer may well be 3 or 5. And then it hit me. What if this is not a political tactic at all? What if Gabbay really believes in all this? God save us! 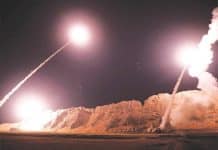 Never Again, and that doesn’t just apply to Auschwitz

Indian Republic Day: Every Day is a Black Day for Kashmiris

Total US Censorship: Demonstrations in Iraq for US Removal, Play by...