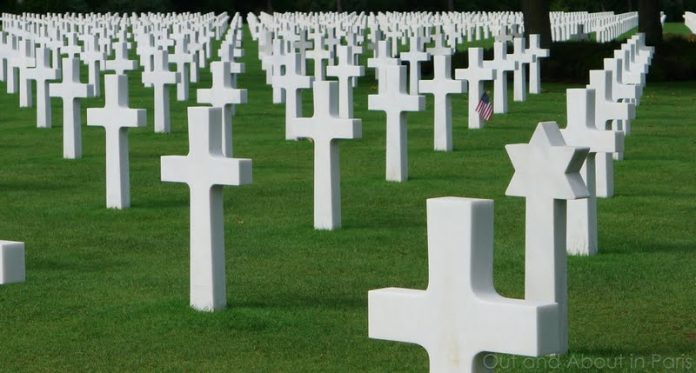 In an interview with Hadashot news deputy FM Tzipi Hotovely emphasised that she cares for American Jews and sees them as her extended family. She also confirmed that American Jewish youngsters fight for Israel. “To all those Americans who are lone soldiers,” she said,  “or those who have grandparents who fought in World War II, I salute you all.” Some Diaspora Jewish youngsters do join the IDF and participate in Israel’s criminal wars. However, the one thing Hotovely didn’t do is retract her accurate observation that American Jews don’t send their kids to fight in Iraq and Afghanistan.*  Despite the American Jewish Lobby pushing relentlessly for immoral interventionist conflicts (Iran, Syria, Libya, Iraq etc.), American Jewish youngsters are 7 times under represented in the USA military as shown in the table below. They may support  wars,  but they expect others to fight them.

But what about WWII, how many Jews gave their lives on Omaha Beach? Wouldn’t you expect a large number of young Jewish Marines to jump into the freezing water of Normandy on June 6, 1944 (D-Day) in support of the liberation of Europe so the can save their Jewish brothers in the old continent?

A few years ago I visited US military cemeteries in Normandy – many fields suffocated with lines of crosses.  I myself couldn’t spot a single Star of David. I thought to myself that the Jewish Marines must have been very lucky, they somehow managed to escape the German bullets and the ferocious Tiger tanks but I was obviously completely wrong. Steven Spielberg actually managed to find one!

I believe that it would be fair to argue that when it comes to the WWII, Jews were vastly over represented in certain domains. They were, for instance, vastly dominating the demography of the Manhattan Project, They were building a “Jewish bomb”. However, in the battlefield their presence was rather minor as deputy FM Hotovely suggested.

I am not critical of people who avoid wars or even escape the battlefield. I would just suggest that if you do not plan to give up your life in a war, make sure that your Lobby doesn’t push for one.

If they want to burn it, you want to read it

*In 2011 Haaretz confirmed “American Jews make up only a fraction of those (American armed Forces Iraq and Afghanistan’s) casualties — by a reliable count, 37 men and women who lost their lives in combat.” For those who are interested in statistics, 37 out of 5775 (total American armed forces fatalities in Iraq) makes 0.6% which is about 3 times under represented in comparison with the share of Jews within American population (2%).