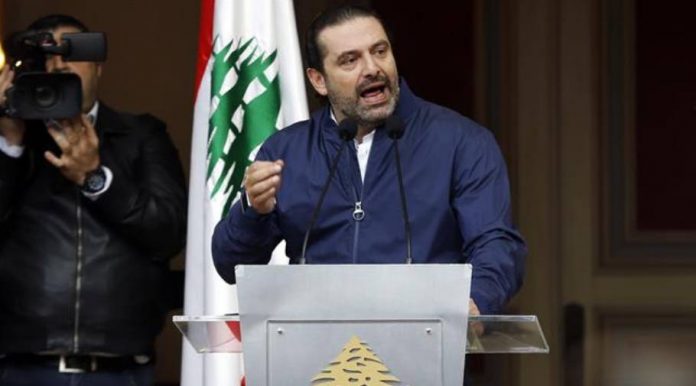 Lebanese Prime Minister Saad Hariri, who recently walked back his surprise resignation in Saudi Arabia, says he will not accept the Hezbollah resistance movement’s stance should it endanger Beirut’s Arab allies.

“We will not accept the positions of Hezbollah that affect our Arab brothers or target the security and stability of their countries,” Hariri’s media office quoted him as saying during a meeting with members of the Supreme Islamic Sharia Council in Beirut on Saturday.

Hariri stunned Lebanon on November 4 by announcing his resignation in a live television broadcast from Saudi Arabia. He accused Iran and Hezbollah of sowing strife in the Arab world, an allegation rejected by both sides.

Senior sources close to Hariri and top Lebanese officials said Riyadh had coerced the Lebanese premier into stepping down and put him under house arrest.

Lebanon’s President Michel Aoun refused to accept Hariri’s resignation, stressing that he was being detained in Saudi Arabia against his will.

After brief visits to France, Egypt and Cyprus, Hariri returned to Lebanon on November 22 and put his resignation on hold.

The Hezbollah parliamentary group, the Loyalty to the Resistance Bloc, welcomed Hariri’s return to Lebanon and voiced its “great satisfaction” with recent political developments in the country. It said Hariri’s latest “positive statements” signaled a possible return to normalcy in Lebanon.

Referring to the suspension of his resignation, Hariri said on Saturday that the decision was in line with Lebanon’s “disassociation” policy.

“The steps we have taken at the request of President Michel Aoun give us an opportunity to discuss and ensure that Lebanon is neutralized and kept away from the conflicts in the region,” he said.

Lebanon, he noted, had been targeted by some disruptive elements, but it could overcome the problems through coordination and unity.

Hariri further expressed hope that his country would follow the path of stability in the future.

“What we have heard in the past couple of days has assured us that we are on the right path, the path of stability and prosperity,” he said.

The Hariri family arrived in France on Thursday “for a holiday” and will stay there for a few days, according to the office.

Loulwa and Abdelaziz Hariri had not accompanied their father in his November 18 visit to Paris. A source close to Hariri said that the two children had stayed behind in the Saudi capital “for their school exams.”

However, Hariri’s elder son, Houssam, had joined his father in Paris from London.