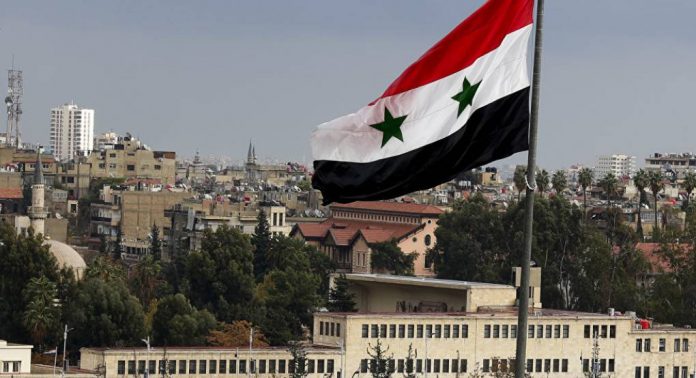 The Syrian Minister of Transport spoke with Sputnik about the extent of damage done to Syria’s infrastructure and what future transport projects are lined up in the country.

Syrian Minister of Transport Ali Hamud, estimates that the destruction war has done to his country’s transport network will cost $4.765 billion in repairs. This amount, however, does not include the newly liberated areas.

The minister stated that during the war, the vital transport hubs, 50 automobile bridges and 17 railway bridges were destroyed, including those crossing through the Euphrates River.

“In total, 50% of intercity roads are destroyed, that is 4,095 km of roads. As for the railways, 75% of the existing 2,400 km has been damaged,” Hamud said.According to him, the repair brigades have become the permanent companions of the Syrian Army. As soon as a district is liberated from the terrorists, the specialists immediately begin to restore the destroyed infrastructure and buildings so that the civilians can return to their homes as soon as possible.

“We have developed a plan of action, on how to restore the destroyed areas as soon as possible. By the end of the liberation of any district, we already have the necessary materials, tools and specialists. For example, when the military liberated the eastern Aleppo from the terrorists, we needed to bring the 18 km railway into operation. During the work on the railway canvas, 130 bombs were found and rendered harmless,” the minister said.

He added that over 6 km of road had been reconstructed within 20 days. The road was used as a public transport before buses were launched and it is still being used for transporting townspeople.

“When the eastern Syrian regions were liberated, we faced the task of returning to operation a 186-km road to phosphate mines from Aleppo. It seemed that it was impossible to manage it within 6 months. However, we launched it in just 70 days,” Hamud told Sputnik.

He added that the secret lies in the fact that they prepare everything in advance, and on the ground only assemble the finished parts of the road, saving a lot of time in the process.

As for future transport projects, the minister said that the priority lies in fixing the transport network within the country between its provinces at first. Then the plan is to construct railway line to Iraq, Iran, Jordan, and possibly to China and Turkey.The minister also said that there is a plan to expand seaports in Tartus and Latakia.

However, many more challenges remain, for example, due to the sanctions imposed by the Western countries, Syria cannot repair out-of-date aircraft and it is impossible to buy missing spare parts, the minister said.